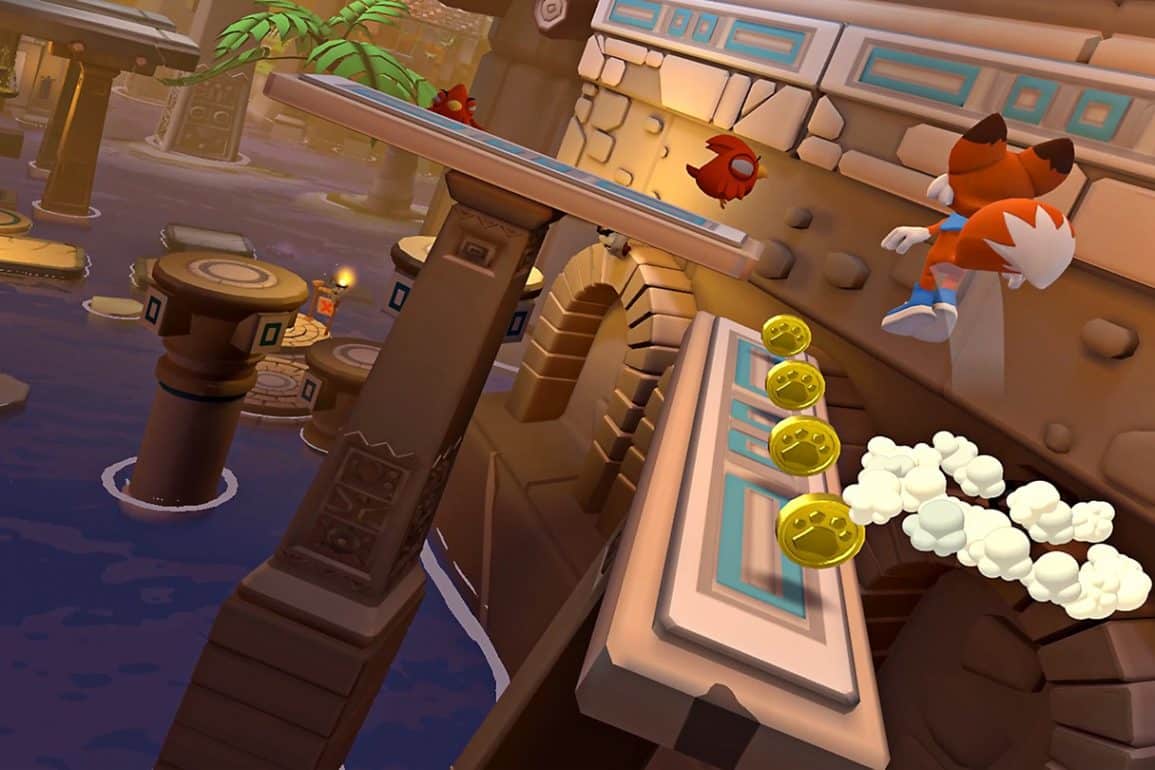 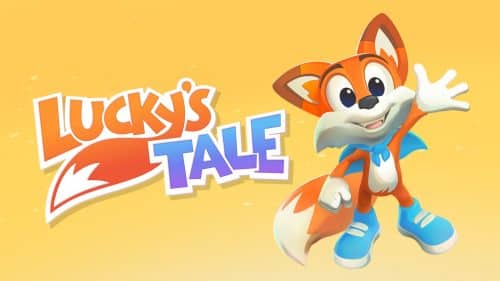 A long time ago, before the Quest came to existence, Luckys’ Tale launched on PCVR. It came before Moss and before the not-so-recently released Ven VR Adventure. It’s been around for so long that you’d immediately imagine that later games, such as Ven, would’ve superseded it. You’d be wrong.

If you’re unfamiliar with all three games I’ve mentioned, Lucky’s Tale is a Third-Person 3D Platformer in VR. You go around collecting coins and gems, and doing some Mario-type combat, jumping up to smash enemies from above, and stunning them in different ways so you can finish them off. It’s a somewhat odd genre to bring into VR, and it’s often challenging to pull off this type of game without making the player wonder why it’s taking place in VR in the first place.

In short, it takes some effort to make this genre stick the landing in VR. If you’re an avid reader of our reviews, you’ll know that Moss did a great job, while Ven VR Adventure disappointed us on many levels.

Sure, There’s a Story…

As platformers go, there’s nothing particularly innovative about Lucky’s Tale. You control the titular character, Lucky, as he goes off in search of his pig friend, aptly if predictably called Piggy. Piggy’s been kidnapped by the evil tentacled villain of the story, Glorp, and you must platform to save him. Is Piggy a him? Maybe it’s a her? They? It? Who cares? You must save Piggy!

To save Piggy, you make your way through a bunch of levels, jumping, double-jumping, collecting coins, defeating various baddies, and earning lives. Lucky’s Tale is pretty linear but does a few things to spice things up. There are collectibles strewn about off the beaten path, some of which can be quite challenging to find or collect, and underground levels that play like miniature dioramas. It’s also full of things to discover, weeds that’ll throw off coins if you whack them and glimmering semi-invisible coins that you’ll only see if you get close enough to. Sometimes little timed challenges in the middle of a level where you can collect a series of colorful gems, rewarding you with a giant gem if you succeed. Various side-jaunts will reward you with an extra life if you make the trip successfully but are just as likely to cost you one.

Again, nothing shocking, but it’s all done quite well, and everything blends together nicely and just feels good.

The world of Lucky’s Tale feels alive, welcoming, and cute. Everything reacts to your presence, including Lucky himself. If you move your hand close to him, he’ll follow it with his head and eyes. Dandelions split apart if you walk Lucky into them or hit them, plants tilt and bend, little critters are all over the map, reacting to your movements. The levels in Lucky’s Tale feel alive and warm, and the graphical flourishes are abundant. Little puffs of smoke when you double jump, splashes in the water, particle effects, etc. It’s a world that’s lived in and alive.

In a world of half-finished, early-access, launch-day patches and clunky promises, it feels good to play a game that feels absolutely complete and tweaked to be as good as it possibly can be.

Another reason to like it is that it never, ever feels unfair. The camera is smooth and always lets you see what you’re doing, and the collision detection is precise when combating enemies and a little forgiving when collecting coins and gems. Perfect.

Surely, This Fox Has a Weakness…

However, despite all that it does well, Lucky’s Tale is weakened by a few relatively weak elements. Here is where I niggle.

The biggest issue really is that although it’s very nicely polished, it doesn’t entirely justify its existence in VR. This may not be a problem for people who only own a Quest as a gaming platform or who are still enthralled by the novelty of seeing cute things happen in VR. Still, it won’t impress seasoned gamers who expect a VR game to really take advantage of the medium. The only real parts of the game that demand something that can only be done in VR is when you use your head to target bombs that you can lob at baddies and bosses. To be fair, though, this element is incorporated well and never feels as horrifically tacked on as the 4th rate Beat Saber clone Ven throws at you to slow you down as you near its end.

Although the graphics and animations are superb, as are the sound effects, the music in Lucky’s Tale, although appropriate, quickly grows repetitive, only varying when something special is going on. It’s not bad, but it just doesn’t shine as well as the rest of the game does.

Another minor annoyance (I’m struggling to be a critic here) is that when you load up the game to continue, the ‘book,’ which acts like a menu, always reverts to the first page, forcing you to flick all the way through to where you’ve stopped.

They Never Last? Do They?

Lucky’s Tale is quite generous, giving you more than a dozen levels divided into three chapters and featuring two boss fights. It took me around five hours to complete the campaign and never wore its welcome.

For replayability, Luckys Tale offers some great value: time-trails for each level, where you can skip all the enemies you want (although you can save time by bouncing off them), and also features an additional ‘find the red coins’ mode where you have to, er…find red coins hidden throughout each level.

A Bundle of Joy

Lucky’s Tale isn’t a revolutionary game nor a must-have Quest game like Resident Evil 4. It doesn’t innovate the way a game like Resist does, but it doesn’t need to. Lucky’s Tale knows what it is, and it’s happy to be just that, and developers Playful, true to their name, do their hardest to make sure you have a smile on your face all the way through. To do this, Lucky’s Tale pulls out all the stops; great character, cute animations, responsive environment, straightforward gameplay mechanics, slowly incrementing as the game progresses, a good variety of levels and monsters, and, at this point in time, it’s the best all-around third-person 3D platformer you can play on Quest. It’s a joy for adults, and if you let your children play with your Quest, they will undoubtedly enjoy it a great deal. Lucky’s Tale is very, very easy to recommend for fans of the genre.

Lucky's Tale
TLDR : Summary
If you're looking for a great third-person platformer on Quest, it's between Lucky's Tale and Moss. Great animations, a good variety of levels, and faultless gameplay make it one of the best on the platform.
Concept
7.5
Gameplay
8.5
Graphics
7.5
Audio
6.5
Longevity
8
Pros
Great animations
World full of life
Good variety of levels and enemies
Cons
Music's a bit meh
Doesn't need to be in VR
Not much innovation
8
Wahoo!
Get it on the Oculus Store
Lucky's Tale