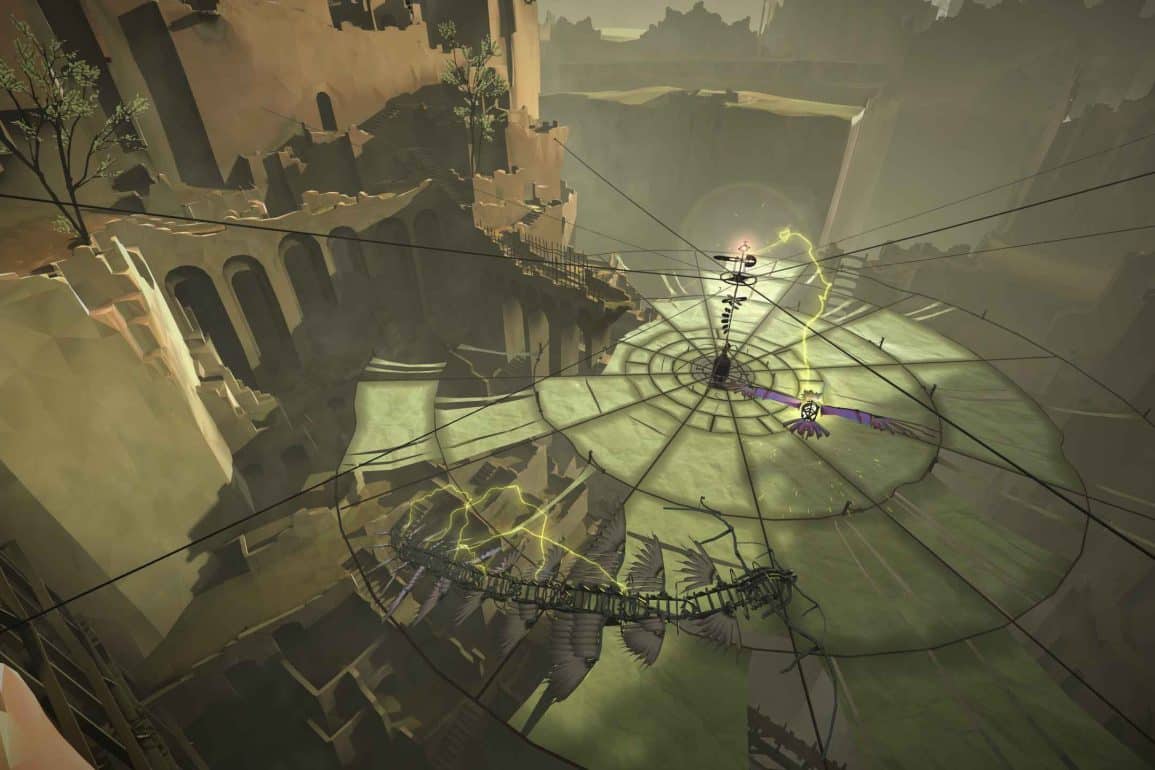 Ico and The Last Guardian Find A Cousin on Quest 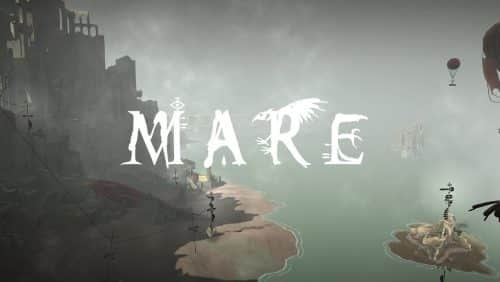 Mare came at me out of the blue. It’s been in development for a few years, but I had no idea it was coming out for the Quest. It’s not even on our regularly updated list of upcoming Quest releases [some heads are gonna roll – Ed]. Yet, there it was in my email, coming in for a review – on the Quest! The screenshots looked intriguing, promising exploration and mystery in a strange land.

Nevertheless, I found myself a bit wary of the premise, involving as it did an in-game AI companion. AI companions are a hit and miss affair, at best. Sometimes, like with Ico and The Last Guardian (both of which were undoubtedly a significant influence on Mare), they work incredibly well, drawing you into the story and, despite yourself, creating an emotional bond between you and what you know is a digital entity. Other times, like in the ill-conceived Last Labyrinth, they fail abysmally at creating a character you care about (she dies way too many times for you to care) and instead add an extra layer of mechanical frustration between the player and the actual gameplay.

Set Them Free At The Break of Dawn

On startup, Mare immediately distinguishes itself with fantastic art direction and a GUI that puts you in the middle of a minimalistic but slick chapter selection menu. You’re in a dark place, seeing white silhouetted fragments of landscape loom around you. Monochromatic birds fly around, sparking electrical energy as they approach strange pylons. You don’t quite understand what’s going on, but you can click on the pylon, and in doing so, a large mechanical bird flies through a portal, taking you into the first chapter and setting you on your journey.

The game begins with that mechanical bird coming to perch on a pylon above the clouds. As before, the art is simple but beautiful, wonderfully complemented by excellent sound design and music. Red balloons show up, some larger than others, and you’re not quite sure what’s going on. This uncertainty is there to stay, so you’ll have to get used to it.

Interactivity in Mare is limited but purposeful. You can click on pylons to make the bird go to them, and you can click on the environment and objects to discharge electrical bolts at them. Sometimes you are accompanied by a flock of smaller birds, and you can send them off to fly around objects and spark them up on their own.

There are enemies to fight in the game, but the fighting is a point-and-click affair, not a test of speed or reflexes, or agility. It’s there to serve the story, not try to bring the game into the action genre.

It’s Your Heart That You Betray

After the first sequence, you’ll find yourself in the company of a little girl, and she’s no more sure of her surroundings than you are but seems to trust you enough to follow you, like a duckling that’s been imprinted to your bird. She’ll do her best to follow you as you fly from pylon to pylon, and you can use that to weave her through the landscape. If the girl’s close to something she can trigger or a door she can go through, she’ll do just that, opening up new pylons you can reach, and therefore more areas you can explore.

This mechanic is, essentially, how you progress through Mare. An unspoken alliance forms between you (as the mechanical bird) and the little girl, even if she occasionally screams when you discharge an electrical bolt too close to her.

Mare builds on that relationship, and in time, you grow protective of the girl, defending her from dangers that lie ahead. So long as it doesn’t interfere with your mission, that is.

Pretend To Trust Me Until You Do

Mare doesn’t explain itself, and although that’s frustrating on some level, it’s part of the game’s DNA. It’s a dangerous gambit on the developer’s part; to obscure a game’s backstory so much that the player isn’t quite sure what it was all about even after finishing it. To their credit, the small team at Visiontrick pull it off.

This obscurity also makes Mare a strange title to review. On the one hand, it would be criminal to divulge any spoilers, but on the other hand, if, after finishing a game, you still don’t quite understand it, how can you spoil it other than beating the mechanics and puzzles to death?

Don’t worry. We won’t do that here.

Mare plays out across eight chapters, and if I’m going to nit-pick, I’d say that the chapter divisions seem somewhat arbitrary. There’s no dramatic change of scenery between chapters, for instance. Sure the levels progressively move what little you understand along, but other than the stark contrast between the first chapter and all the rest, they all share a similar color palette and occur more or less in the same general setting. Having said that, the setting is quite stunning, so this isn’t quite the complaint it might at first sound like.

I’ve referred to Mare as a ‘game’ several times throughout this review, and perhaps in doing so, I’m doing it a slight injustice. It’s easy to consider it a game because it has puzzles to solve, a landscape to unlock, and choices to make. So in that sense, yes – it is a game. However, perhaps out of an abundance of caution, Visiontrick’s website refers to it as an “exploratory and sensory VR experience” perhaps so as not to antagonize players who might criticize its brevity. Let’s modify that description a little and say that Mare is an exploratory VR experience with light puzzles. It features an incredible atmosphere, mesmerizing graphics, excellent sound, and a purposefully oblique narrative.

There’s Something Here From Somewhere Else

The whole world of Mare feels both mysterious and macabre; it’s borderline creepy at times and beautiful throughout its campaign. The puzzles aren’t challenging to any seasoned gamer, but they do evolve gradually, keep the player engaged, and don’t overstay their welcome with needless fluffy repetition. For players who want more of a challenge, the game has collectible cats dispersed throughout the levels that you can try to collect. On my first playthrough, I collected about half of them without trying too hard, but some were difficult enough that I decided I’d save them for my next playthrough. Collecting all the cats unlocks an extended ending, and it’s one that I will relentlessly pursue even though I know that it still won’t answer all the questions I have.

Questions that I know will haunt me.

Mare wants to keep you guessing, and that’s absolutely fine by me. I’m confident that before long, there will be a small but dedicated fan base working online together to decipher its clues and work out, to the best of their ability and with what little information they can glean, the nature of the story it tells.

[Update: Since posting this review, I’ve collected all the cats, and I saw the extra ending. I still have questions and I won’t spoil anything, but I’ll say this; get all the damn cats!]

The fact of the matter is that I truly enjoyed Mare. I love titles that are genre-breaking, and I love games that are unique and difficult to classify, and Mare (like The Under Presents) is both those things. It also doesn’t hurt that it’s very slick, and just a little bit twisted.

Who’s The hunter, Who’s The Game?

Whether you choose to see it as a game or as a fantastic experience with light puzzle elements, Mare is a title I can easily recommend to anybody who has an appreciation for beauty and mystery. It evokes a mood unlike any I’ve experienced in VR and truly feels like a cousin of Fumito Ueda’s console masterpieces. It may be brief, but its impact will far outlive its duration, proving beyond a doubt that it’s the quality of our experiences that matter, and not their duration.