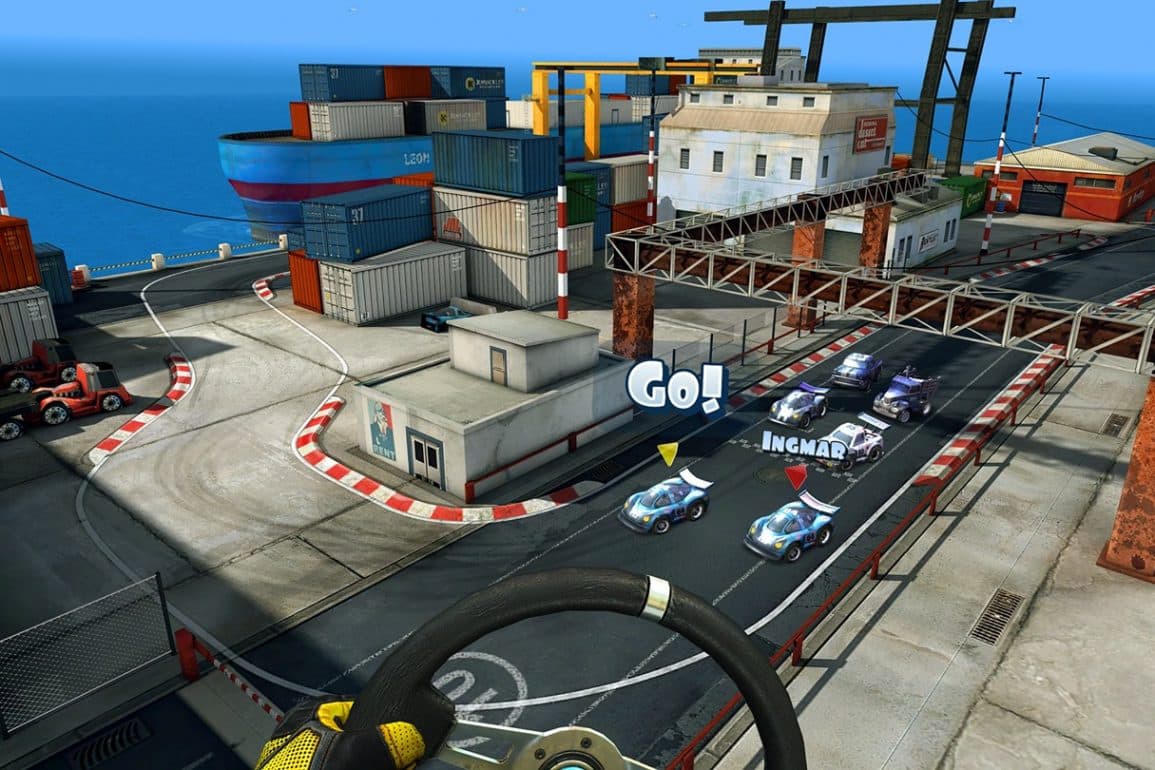 Is It Blazerush On Quest? 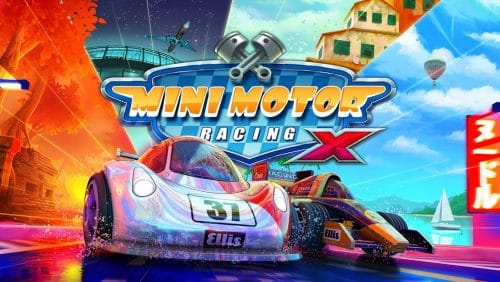 I wanted Mini Motor Racing X to be Blazerush! Back in the early days of the Oculus Rift, there was a lack of fully fleshed out, well-polished games. We had lots of tech demos, but very few hits. During that time, a little game by the name of Blazerush debuted on the Rift. It was a top-down RC Racing game with weapons, and arguably the best top-down VR racer. With its frantic pace and 8-player games, it was a riot with a full group. It eventually made its way to the Oculus Go. Since then, the developers appear to have moved on, and the Go version may have been the final port of that title. Enter Mini Motor Racing X. Although it’s not the quintessential successor of Blazerush I had hoped for, it does an excellent job. Yes, it may not provide the 8-player carnage that Blazerush could, but the single-player aspect of the game truly shines.

GET YOUR GAS IN GEAR

Mini Motor Racing X has enough race modes and difficulties to satisfy most racers, including a career mode that never gets boring. There are 52 tracks to select from, which seems daunting, but breaks down to 26 environments with a day and night cycle for each. These environments each have their own distinct graphical themes and flourishes. During races, you may notice air balloons, blimps, seagulls, snow, or even the waves of the ocean crashing on the shore. The audio and music don’t take a back seat here, either. Musical tracks are well suited for the environments. A beach setting may have lively upbeat music, while a ghost town setting will have an eerie Halloween vibe.

The career mode is where you’ll spend a bulk of your time with 4 different championship seasons to compete in and 30-60 races in each of those seasons. Cash prizes, and in some cases, cars are unlocked after completing a race depending on where you place. Cash is spent on upgrades or purchasing new vehicles. Possible upgrade options for a given car enhance handling, nitro, acceleration, or top speed. Each car has it’s own strengths and weaknesses, with better cars becoming available at higher difficulties.

With multiple unlockable cars and upgrades available, playing Mini Motor Racing X becomes an exercise in “just one more race.” You’ll also unlock options to modify your helmet, gloves, and steering wheel. These cosmetic features are a nice touch despite not having any effect on gameplay. And if all that isn’t enough, there is a co-op career option where you can enlist a friend to join you.

WHAT ARE MY OPTIONS

The options and customizations available in this game seem never-ending. There are a variety of camera options that allow you to position your viewpoint at multiple locations around the track. If you prefer a more sim feel, there’s also an in-cockpit mode. Be warned that you’ll need a strong stomach to handle this. I can generally handle racing simulator games in VR, but this had me queasy after a few turns. Numerous comfort mode options can help if you choose to race this way – like a no-turn car follow option. There’s also a follow / chase mode, which is reminiscent of the old RC Pro-Am game on the NES. You can drive using the thumbsticks, or using a virtual steering wheel. You can even take control of a virtual RC controller and use that to drive!

Races can be performed in “Classic” mode or “Type X.” The former being a typical race where it’s just your racing skills on any given track. “Type X” racing introduces weapons and makes things a bit more exciting. Mix “Type X” racing with the follow-car camera options, and it makes the racing feel a lot more like a Mario Kart style game. You’ll have access to rockets, mines, shields, and a few others. The downside is that aside from the nitro packs laid out on parts of the course, the other weapons are only rewarded every time you complete a lap. This is where I think they could’ve gone a step further and made weapons available throughout the track. The action I would expect from the addition of weapons, in reality, is a bit more subdued. Both modes are available as separate career paths, which doubles what is already a substantial offering in career mode.

The race options are pretty varied from typical time trial modes to a custom race mode where you can customize each individual AI’s strengths and weaknesses. There’s even a mode called Bumper Ball, which, essentially, gives you a version of Rocket League on the Oculus Quest.

While single-player is a great tour de force, multiplayer is a bit of a mixed bag in the sense that during my time, I encountered very few other racers. A lot of racing games generally live and die by their multiplayer capabilities. Matchmaking, combined with a small player base, has not fared well in the past for VR games. To its credit Mini Motor Racing X allows you to play in any single player mode while you wait in a multiplayer queue. I wish most games offered this option.

In terms of VR, if you were hoping for the second coming of Blazerush, you could be disappointed. However, what Mini Motor Racing X offers is still a top-notch game. When you first load up the game, you’ll realize this isn’t some half baked attempt or asset flip. The graphical polish and charm come through in the main menu right away. If you enjoy top-down racers or racing miniature cars, it doesn’t get much better than this. There’s more content here than in the vast majority of Quest games, and while there are only a handful of racing style games on the Quest (Death Lap, VR Karts: Sprint, Radial-G: Proteus), Mini Motor Racing X is easily the best of them.