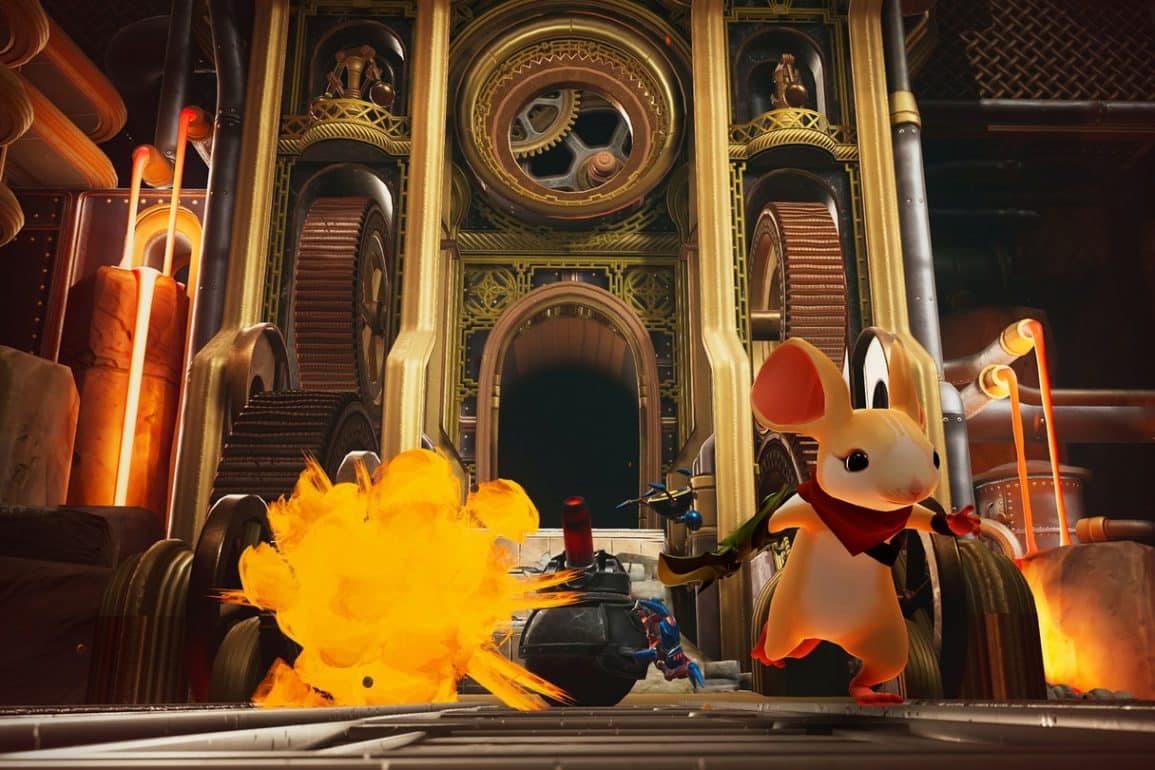 Quill Comes Back for Another Round 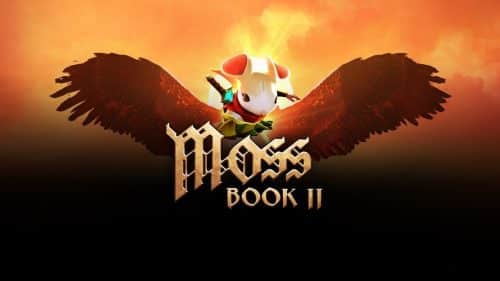 It’s easy to think of Moss as a platformer. I’ve called it that myself when talking about Ven Adventure and Lucky’s Tale. Still, Polyarc have it right when they refer to it as an ‘action adventure puzzle game’. Whereas games like Ven or Lucky’s Tale are actual platformers, demanding precision jumping and timing, in Moss, the challenge comes mainly from the combat and the puzzles.

So let’s get that out of the way, and excuse me for having implied otherwise; Moss and now Moss: Book 2 are not platformers; they are narrative-driven action adventures with some casual combat, light puzzles, and exploration.

Here There Be Powers

For those who haven’t played the first, Book 1 was about Quill meeting ‘the reader’, that’s you, helping her on a grand adventure as she saved her uncle and defeated a deadly serpent.

Book 2 starts immediately afterwards and quickly becomes Moss meets Avengers Endgame as we find out there was an eviler boss behind the first boss. He’s trying to collect all five coloured ‘glasses’ to become all-powerful. Quill and her uncle decide the best course of action is to capture the glasses herself because, you know – we’re the good guys, and we can handle ultimate power…

Moral digressions aside, the first thing you’ll notice about Moss: Book 2 is that it’s endearingly pretty; graphics are great, the art direction is excellent, and the animations, especially of your main character, Quill, are a joy to behold.

Quill starts the game with a limited set of powers, essentially those she had by the end of the first game, but quickly gets a couple of new capabilities that help solve new varieties of puzzles and traversals. I like the hammer.

In a sense, Moss: Book 2 does everything a sequel is expected to do; it ups the ante, introduces new locations, features new mechanics, and continues the story.

I’ve already mentioned the graphics and animations, but a special mention has to go to the audio department. Both the voice acting and the game’s soundtrack are perfect. They are emotionally resonant, compelling and engaging and make light load of the suspension of disbelief that drives the heart of any such fairy tale.

I Sense Ye Have Issues

The question Moss doesn’t address well and that most third-person games in VR stumble upon is – why is it in VR?

There are, both here and in Lucky’s Tale, some mechanics that take advantage of VR, and there was a nasty Beat Saber clone buried in Ven’s Bowels, but they always feel like tacked-on mini-games or VR-101 interactions that engage with the medium but do not need it to breath. I’ll admit that Moss is well integrated on this level, with you as the reader holding back enemies or dragging them to use them as weights while navigating Quill with your thumb sticks. It’s immersive, sure – but is it ‘VR-native’ gameplay? That’s for you to decide, I guess. I’ll shrug my shoulders – the question of what games work best in VR is a complex one that might be worth tackling in a podcast but shouldn’t impact this review.

An enormous waste, in my view, is made of a character you’re introduced to halfway, and you get to play as her briefly, with a new move set determined by her weapon, a spinning blade. But then, she quickly meets up with Quill, hands over her blade, giving Quill that move set, and is never heard of again. I wish Polyarc had used her to allow players to explore different stories or introduce new locations.

The gameplay in Moss: Book 2 is fun throughout but not particularly challenging. I finished it in about five hours, which wouldn’t be too bad if it wasn’t selling for $40. If there’s anything really wrong with Moss: Book 2 is that it’s priced as a full standalone title when it really feels like a great DLC that would’ve been ridiculously easy to recommend to fans if it were sold at half the current asking price.

Moss: Book 2 is a worthy successor to Moss. The graphics, animations, voice acting, and music score are all wonderful, even if the plot is forgettable. If you enjoyed the first, you’ll most certainly enjoy the second, if you don’t mind the price.