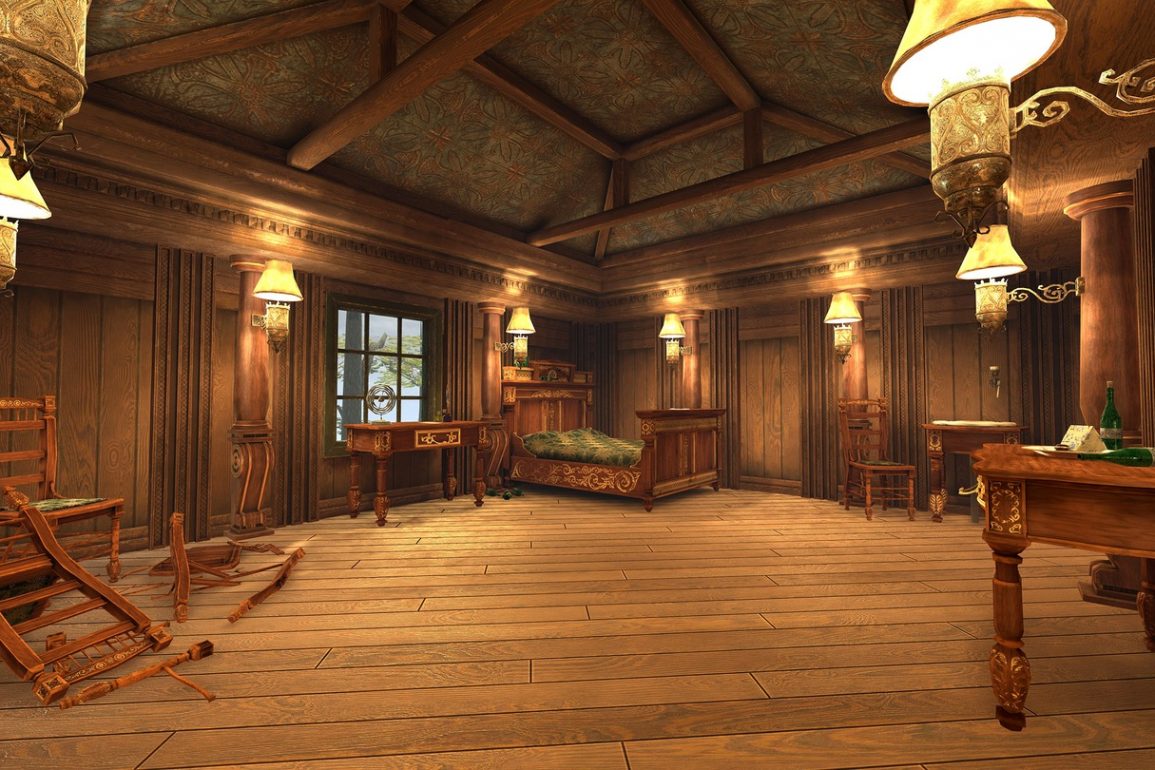 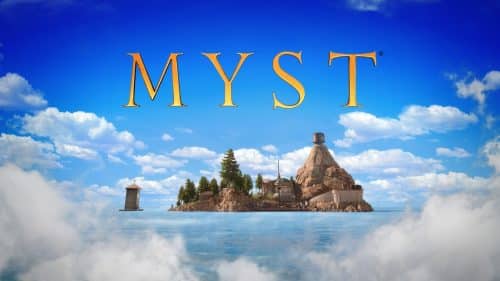 Here’s a full and frank admission to kick off this review; I’m a massive fan of Myst. I love the idea, I love the setting, I love the fictional mythology it spawned. Despite Myst being one of the most popular and successful games of all time, this is quite a rare opinion these days, especially amongst game reviewers. The consensus seems to be that it’s slow and dated and not for ‘real’ gamers, whatever they might be. I’ve never been averse to shunning popular consensus though; I love 1980s Doctor Who, and I hate Five Nights at Freddy’s. I’m declaring my huge bias right from the off, but I’ll try to be as objective as a self-declared fan can be. Will Myst on the Oculus 2 be the leather-bound special edition the series deserves, or a musty relic best left on the shelf? Let’s jump in.

In case you’ve been lost for an age, I’ll just give a quick overview of the setting and general idea behind the game. As ever, you’ll find no spoilers in the text or in our video review which you’ll soon find on our 6DOF Reviews YouTube channel. Despite it being a 27-year old game, I’m sure a lot of new players will be making their way to Myst in VR. As the whole purpose of the game is exploration and discovery, it would be remiss if we gave anything away.

At the start of the game, the player finds a book contains a moving fly-by image of a mysterious island. This proves to be a one-way portal to the island itself – reach into the image and press it. You’ll find yourself on a small dock, a sunken galleon to your right, a doorway to your left, and some steps leading up a hillside. There are locations to explore, books to read and switches and levers to pull, all opening up more of the same and revealing greater mysteries.

What makes Myst unique is that there’s a grand narrative to be explored and uncovered. Not only that, but the excellent puzzles are woven into the fabric of the story. There’s lots of reading to do, but there’s more to it than that; it’s about understanding the environment and the way everything relates to one another. The picture of how it all works slowly resolves into a cohesive whole and is richly rewarding as a result. Rather than feeling like a series of disconnected puzzles, everything you do in Myst feels like a vital piece of the story underneath.

TO BE THIS GOOD TAKES AGES

Where the Quest version of Myst really benefits is that the original creators, Cyan, have taken great care to ensure that the VR version is everything that it should be. I’ll cut to the chase and say that this iteration of the game is the strongest, and clearly the best way to play. If you’re a new player, then it is by far the most welcoming and engaging incarnation of the game. It’s a far cry from the interactive slideshow of the original, and the interactions are wonderful. Levers are pulled, and buttons pushed, not just clicked on; ladders can be physically climbed; the exploration is sensory. The world is extremely immersive, and a significant effort has been expended to convey things only implied or imagined in the original flat version.

There’s a tremendous amount of comfort and movement options available; it puts some other titles to shame. While you can play by teleporting about (something which brings it oddly closest to the original gameplay), you can also play it with free movement and turning. This is not only liberating but also highlights the ridiculousness of FPS titles like Star Wars: Tales From the Galaxy’s Edge and Warhammer 4000: Battle Sister being restricted to snap turning. Top marks to Cyan for catering to all, and for paying attention to how people actually like to play VR.

I was a little worried that Cyan were going to just bung the previous 3D iteration of the game, RealMyst, into VR. I shouldn’t have entertained the thought; this has been retooled and rebuilt completely, and it’s hard to imagine it being much better. It’s one of those older games that has not only been given a whole new life in VR but seems to have been waiting for it; so much so that it’s hard to consider playing it as it was originally.

Perhaps best of all for returning players like me is the inclusion of the option to randomise puzzles with different solutions, meaning those half-remembered codes from previous playthroughs are no good, and you’ll have to earn them all over again. A classy touch.

IN SEARCH OF MYST TIME

I’m delighted by Myst on the Quest, but here are a few provisos, just so I’m not setting anyone up for disappointment. Please be aware that Myst is not an action-packed game. There won’t be any exploding oil-rigs or motorbike chases here. If you aren’t the sort of person to feel a sense of satisfaction at the reward for successful completion of an involved puzzle being a door clicking open or a valve activating, then this game is never going to be for you no matter how well-realised it is in VR.

It’s an investment of time and thought. Whilst it’s more focused and not as sprawling as its own sequels, Myst is not a quick fix. You’ll need to spend time in its world, and apply yourself to solving its mysteries. You’ll need to do a bit of reading, and pay attention. This isn’t to try to make it sound dry in any way, because it isn’t. Just be aware that there’s nothing as immediate here are as a rewarding headshot or a box smacked perfectly on the beat.

As such, if you haven’t invested in a battery pack for your Quest yet, you might be as well doing so lest you lose track of time while exploring the damnably intriguing corners of Myst.

The only real gripe I have with the game as it stands is the occasionally low-resolution textures. It’s generally lovely to look at; I’d imagine it was a bit of a squeeze getting the rather impressive engine to run on the humble Quest hardware. But I’d be lying if I said that I’m not looking forward to the Quest 2 patch the devs have been teasing which will include some graphical enhancements.

Myst is also not the best game in the series. It was eclipsed entirely by its own sequel, Riven, a game which has not moved from my top five videogames since I first played it in 1998, and which is crying out for a modern remaster.

This doesn’t lessen Myst‘s impact as a culturally important and accomplished title in its own right, however. Its rebirth as a VR title proves how fresh and alluring older titles can be when updated with loving care.

Myst
TLDR : Summary
Myst in VR is fantastic; a polished iteration of a classic title which has been thoughtfully and carefully realised. It's by far the best way to play Myst, and if you like your games thinky and immersive, it's a must buy.
Concept
9.5
Gameplay
9
Graphics
8
Audio
9
Longevity
9
User Rating0 Votes
0
Pros
The best version of one of the most successful games of all time
Excellent utilisation of VR
Huge range of movement and comfort options
Option to randomize puzzles for replays
Cons
Some fuzzy texture work
A slow burn
9
Ponderful
Get it on the Oculus Store
Myst