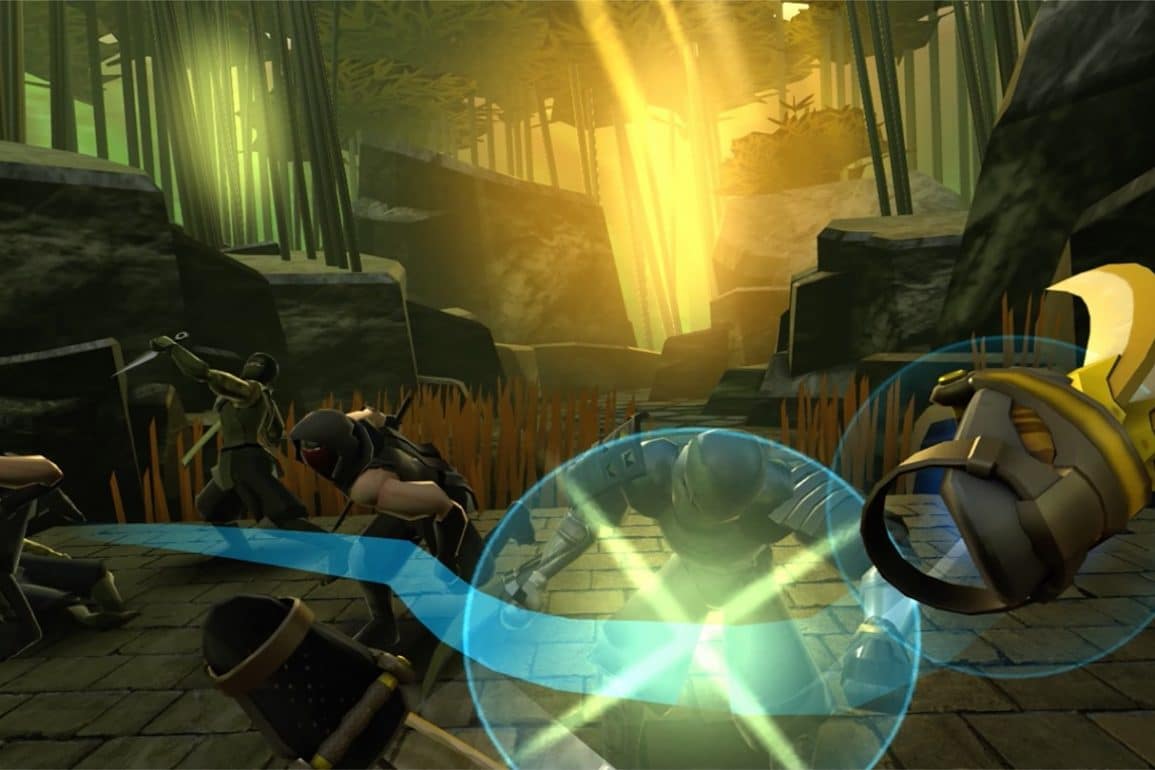 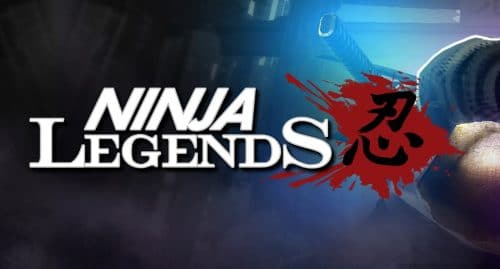 From Shinobi to Sairento, is there anything more badass than a video game ninja? The fantasy-historical setting, vicious-looking weapons, and balance of tranquility and lethality all combine into a compelling virtual identity. Ninja Legends continues this legacy of exciting ninja games with simple slicing mechanics that work well in VR and let you bisect your enemies with a satisfying squish.

Instead of the frantic wall-jumping of Sairento, Ninja Legends roots you in one room-scale environment to fight waves of enemies. This means you have to let your enemies approach you, then dispatch them with a hearty swing of your dual katanas (and other gratifying weapons). The stronger your swing, the more damage you’ll inflict, so you can’t just wiggle your controller around dispassionately and expect to survive.

The enemy animations and character models aren’t compelling, but Ninja Legends has an enjoyable trick that it performs over and over: Critical hits slice enemies clean through. This allows you to lop off a limb or the top of an enemy’s skull like in the ultra-violent flicks Kill Bill: Volume 1 or Ninja Scroll. Each wave gives you repeated opportunities to slice and dice. It’s like Fruit Ninja, but with people.

You have the option to turn down the gore and dismemberment in the settings, but why would you? Throw in blocking with your sword and swatting away ninja stars, and it’s a lot of fun. Add the variety of weapons introduced as you progress through the various environments, and Ninja Legends’ bloody combat becomes a devilish delight.

Dual katanas are the default weapons when you start the game, and they’re the most consistently fun to use. Eventually, you’ll earn razor-sharp claws, heavy gauntlets, a long and short sword combination, and two staffs— one blunt, one bladed. These let you flail your arms in new ways, although you’ll miss out on the slicing action with the blunt weapons. Nunchucks are a notable omission, but we’re hoping for a game expansion or update in the future.

When you slaughter enough enemy ninjas, you’ll receive magical blue orbs that power up your special attacks. Some let you summon a bow and arrow or a fireball out of your hands. Others give you a Mortal Kombat-style spear and chain so you can yell “get over here!” at your unfortunate foes. It’s a cool way to change up your attacks. There is also a special attack where you will instantly warp next to enemies for a slow-motion, up-close slice, but this spell doesn’t feel quite as mystical as the rest.

Tying together the waves of foes is a simple text-based story about a rival ninja clan stealing your secret scrolls. You’ll also face a handful of bosses who have devastating magical powers of their own. These bosses are so overpowered compared to the predictable ninja lackeys that you may have to reduce the difficulty.

Ninja Legends offers 18 different environments, and with four difficulty levels, it’s easy to find an enjoyable level of intensity. Each difficulty level and environment also offers its own online leaderboards for added replay value. And finally, unlockable secrets like Big Head mode provide a unique bonus when the slashing action starts to wear out.

My principal complaint about Ninja Legends’ scoring system is that unlike in Robo Recall, you can’t see your points tally up as you play. This prevents you from tracking your attempt at a high score. You have to rely on a screen at the end of the level to tell you how many critical hits you’ve successfully pulled off.

Like Beat Saber or Racket: NX, Ninja Legends is an energetic, active VR game that may leave you feeling fatigued. Unlike those other games, it’s also got visceral, bloody combat. The slicing can become a bit repetitive, and it’s not a graphical powerhouse, but with its intuitive fighting system, Ninja Legends is a worthwhile purchase for fans of the genre.