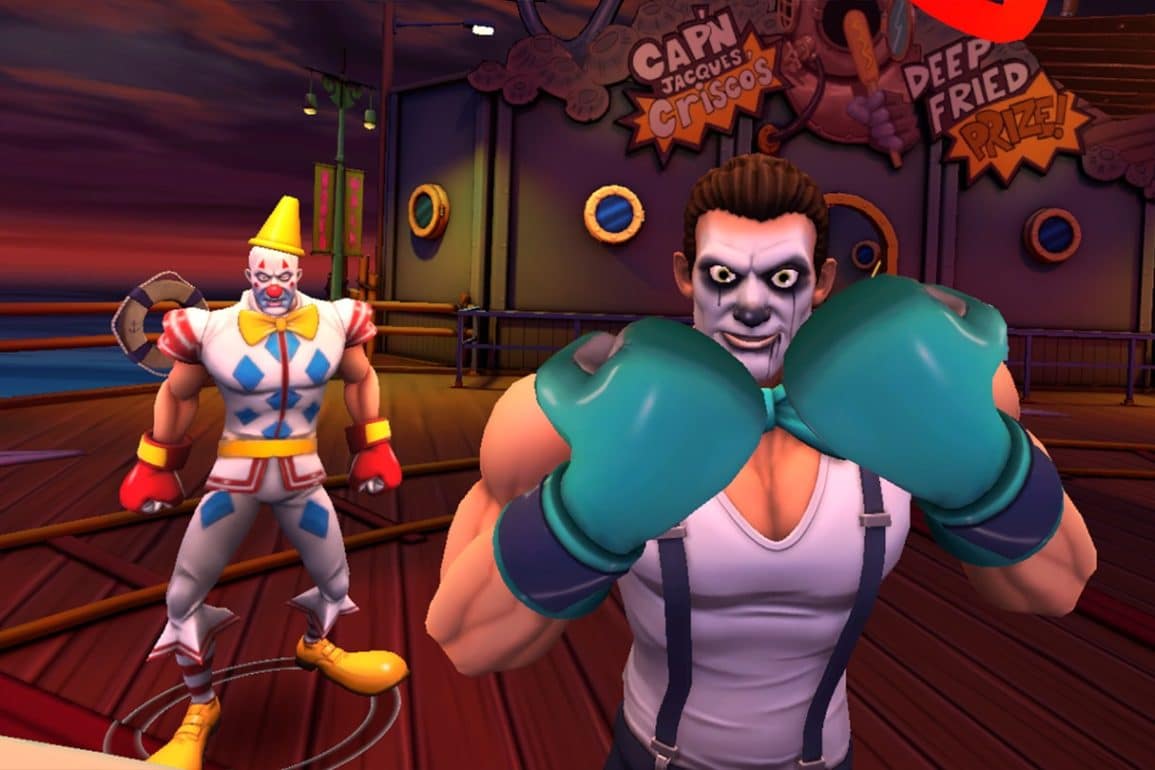 Path of the Warrior | Review 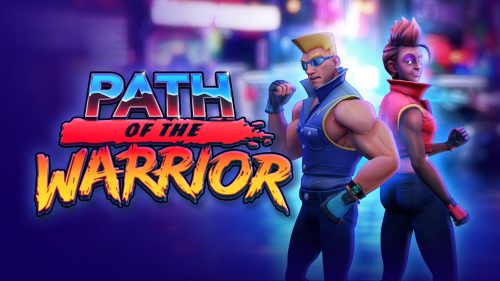 Path of the Warrior was released on the Quest without much fanfare or pre-release buzz. I didn’t know anything about it until it showed up one day on the Oculus store, promising an 80’s take on a beat ‘me up in glorious virtual reality.

When you start Path of the Warrior, you’re treated with a title screen and an eponymous rock track. It’s all very much in keeping with the aesthetic styling of the title. It’s cheesy as hell, but it’s all done with evident relish and excellent polish.

Never Shall Innocent Blood Be Shed

In terms of gameplay, Path of the Warrior seems, initially, reminiscent of Drunkn’ Bar Fight. Both games have you walking into various locations and beating up people, using either or your fists or anything you happen to lay your hands on.

This is where the similarities end, rather abruptly. DBF (as I assume it’s affectionately referred to by its fans) gave the player absolutely no context and was remarkably poor both in concept and in execution. Path of the Warrior is very well presented, quite well made, and a lot of fun to play. The graphics are good, the gameplay offers more variation, and the existence of boss fights and an actual narrative both help propel you through the five-stage single-player campaign.

You Picked The Wrong Man To Push

The gameplay in Path of the Warrior is relatively straightforward. You can punch people using either hand. Most objects can be picked up and used or thrown against your enemies, and you can pile on some environmental damage by grabbing the bad guys and throwing them towards things like ovens, windows, etc. You can also kick opponents, although this is controlled by button presses on the Touch controllers. I’m of two minds about the inclusion of this ability. It adds to the variety and allows punch-kick combos, but mapping the kicking to a button feels antithetical to the immersion that motion controls otherwise create.

When you’ve beaten up enough bad guys, your power meter charges up, and you can activate a special ability by knocking your fists together. You unlock several special abilities as the game progresses, and they all feel appropriately overpowered. One (the fire punch) lets you finish off all enemies with a single punch, another lets you throw machetes. They’re all fun, and give you a quick means of dispatching what’s left of an enemy wave or softening up an enemy boss.

I Fight To Survive

Path of the Warrior does, eventually, get a little repetitive and might have worn its welcome had the campaign been longer. It tries to relieve some of the repetitiveness by sneaking in a few mini-games after some of the battles. These provide a fun diversion and are mostly styled after the kind of physical games you’ll find at a Chucky E. Cheese arcade.

By Omar Kamel
In Gear

As I write this review, Path of the Warrior only includes the single-player campaign, which takes you across a few levels, a few mini-bosses, and the final boss fight at the end. A multiplayer mode is teased, with a greyed-out button promising it’s coming soon. I can imagine this would undoubtedly add more value and replayability to the game, especially if the developers implement tag-team moves that both players can trigger together.

There are some issues with Path of the Warrior. The most significant immersion-breaking aspect of the game (aside from pushing a button to kick) is the fact that you can’t just go crazy on the thugs. Once a thug is hit, you have to wait for his ‘getting punched’ animation to finish before you can punch him (or kick him) again. You do get used to this, and you do end up pacing yourself accordingly, but it definitely detracts from the game.

You’re a Disease… I’m the Cure!

Path of the Warrior manages to be almost everything Drunkn’ Bar Fight was not, but still remains constrained by a couple of poor design decisions and the repetitive nature of the genre. It’s a fun, colorful action game with great graphics and good gameplay, and will only improve once multiplayer support is in place. If you want a brawler for your Quest, it might well fit the bill.