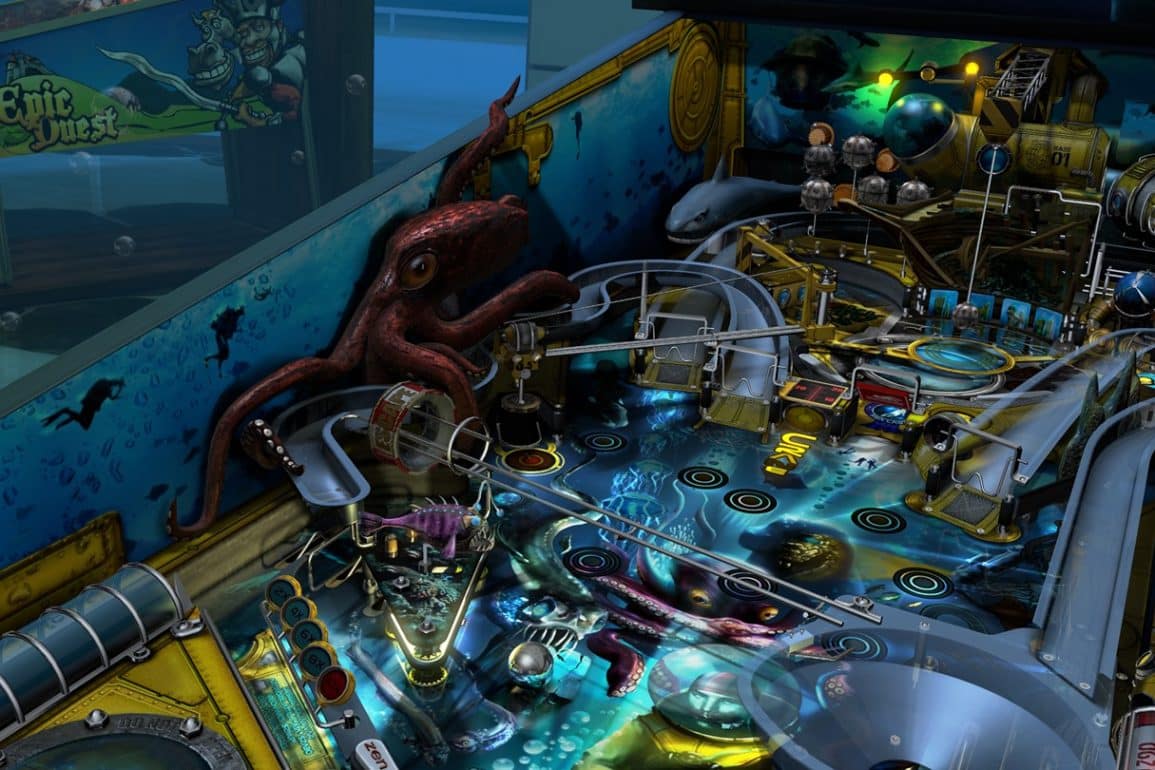 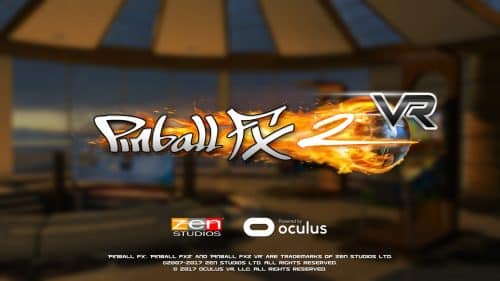 Pinball might seem like a bit of an odd fit for VR, and for the Quest in particular. It’s a very stationary pursuit, and the interactions with the game are limited to two buttons and the plunger, maybe nudging the table if you’re naughty. Most Quest games have you leaning, reaching, spinning, or flailing in some way. Pinball FX2 VR is one of those rare games for the system that makes you look, to an outside observer, like you might have fallen asleep. Oculus certainly won’t be using footage of people playing this in their promotional videos.

The most immediately jarring thing about Pinball FX2 VR, and which I still haven’t really adjusted to happily, is that the Touch controllers have no virtual presence in the game. The player is a disembodied camera, zipping between tables by looking at them and pressing a button. This is made weirder by the similarity of the game room hub to the Oculus Quest homeroom, which we’re all used to waving and pointing our hands about in, with a greater sense of control. Perhaps some will enjoy the immediacy of Pinball FX2 VR‘s head-pointing navigation. For me, I find that it contributes to making the game an abstract rather than a tactile experience.

This extends to the controls while playing the tables. They’re simple enough; the flippers are controlled by the left and right triggers, the plunger by pulling down on the thumbstick, the table nudge with a button. It works well and feels good, but it’s hardly taking advantage of the Quest’s best traits, or the possibilities afforded by VR. How lovely it would have been had the game at least given us the option of in-game hands. It would have been great to use my hand to pull the plunger to launch the ball physically. I’d like to have been able to stretch my arms out to either side of the virtual tables to use the flippers – and, most importantly of all, to nudge the table.

That’s not to say that there isn’t some playful VR stuff happening here. The peripheral effects that occur while playing the tables are pleasing and well-animated. There’s a metal crab spider bot that scuttles around the frame of the Mars table. That, and a shark that circles the Secrets of the Deep are particular favorites. They add detail and a sense of fun and irreverence to what is essentially a straight pinball simulation. (Again, virtual hands to interact with the stuff happening away from the table would have been a treat – swatting away those spider bots or sharks, for example).

Apart from the missed opportunity to make more of the virtues of VR, the presentation is excellent, with good, detailed graphics and pleasing sound effects. (Interestingly, the game features the option to make the graphics simpler to extend battery life, or sharper and nicer to look at). The tables are well-designed and feel great to play. The lack of movement can be a blessing for those who like to play their games seated. Also, the practically motionless gameplay makes Pinball FX2 VR one of those rare Quest games that we can recommend for playing while traveling.

(LEGAL DISCLAIMER: Do not drive and use virtual reality).

THERE HAS TO BE A TWIST

With the tables looking and playing so well, packed with neat touches and satisfying gameplay, it’s a real shame that the game feels cynical when it comes to content. The three tables included with the base game are good and provide an entertaining game of pinball, but the rest of the tables have to be purchased. Apart from the Walking Dead licensed table, none of the additional tables can be bought individually either.

The packs of additional tables cost more than the base game itself. As such, it feels very much like the game is a paid demo, only there to get you to fork out more for the more appealing licensed tables such as Back to the Future, ET, and Jaws. Most nonsensically of all, the ‘season 1’ pack of original tables costs more than the Universal pack of film tie-ins. Whilst those tables may very well play wonderfully, their design and theming do not hold a candle to the Hollywood classics, having that generic feel.

It all comes down to the dollar. I’ve no aversion to paying for quality content, but despite the VR bells and whistles, this is a nine-year-old game. Pinball FX2 VR does not represent very good value for money. I’d be a lot better disposed toward the game if it had a lower price point overall, and more reasonably-priced tables that were available individually. Better still, they could have released the game complete with all tables for the same higher price point as the premium Oculus Store titles, and it would have been a far better deal.

Pinball FX2 VR
TLDR : Summary
A solid and entertaining pinball game with a lack of VR interaction and a slightly sordid economy.
Concept
5
Gameplay
8
Graphics
7
Audio
7
Longevity
4
User Rating0 Votes
0
Pros
Sure plays a mean pinball
Polished
Good for VR on the go
Cons
Cynical pricing structure
Only three tables in the base game
Limited use of VR
6.5
Competent