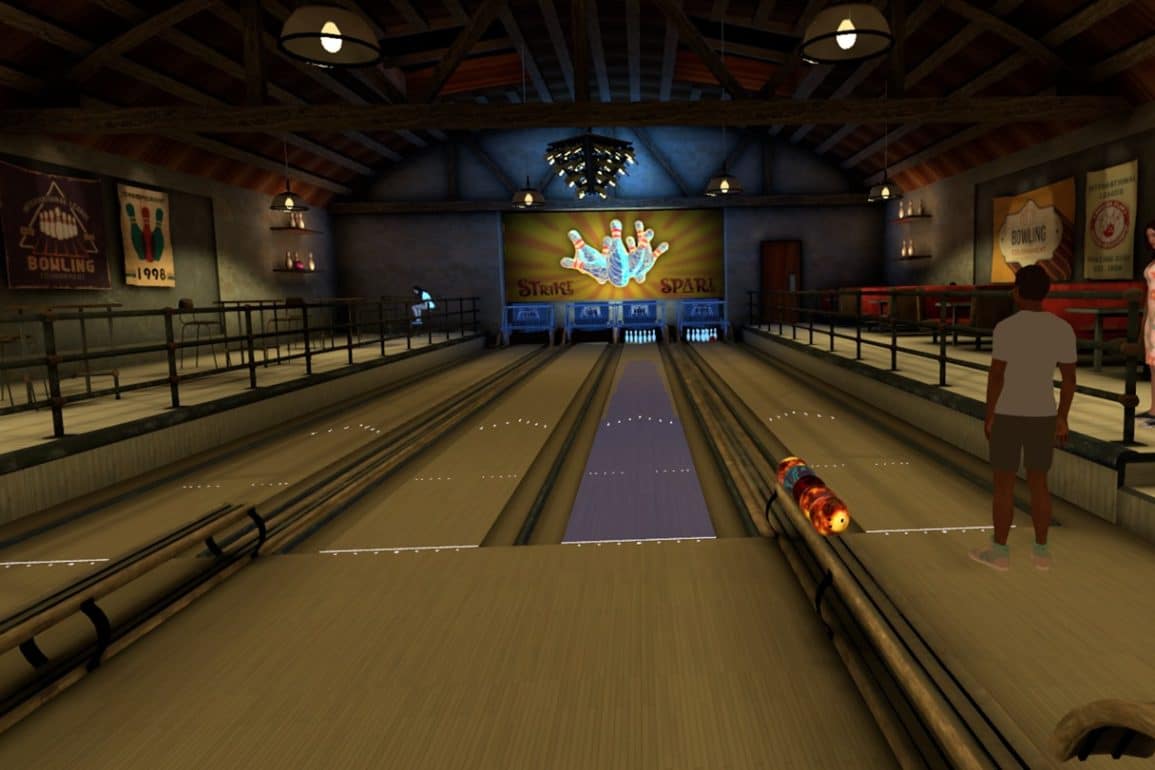 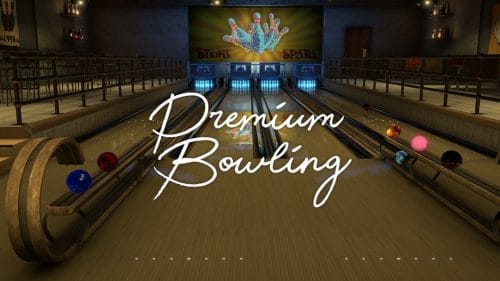 A lot of us, particularly those who remember Wii Sports, have been itching for a bowling game to play on Quest, and Premium Bowling is the first candidate to land on our little all-in-one headset. Bowling is a sport particularly well suited for adaption to virtual reality; the mechanics are simple and wholly Newtonian, and the rules are straightforward. It can be played multiplayer in turns, and easily allows for friends to compete over leaderboards.

Look At All Those Pins

I’m not a regular bowler, but I usually do well enough to beat most of my friends who are also not regular bowlers. I average around 120-140 per game, less if I’m having a bad day. I get maybe 3-4 strikes per game. Wii Sports was disappointingly inaccurate. It was a fun game to play, but the motion sensors were all over the place and any pretense of it being a bowling simulation was laughable. Where Premium Bowling stands apart from that old game is just how accurate VR technology and controller tracking has become. This accuracy translates to very realistic bowling mechanics, apart from the absence of a real bowling ball, and, more importantly, the weight of a real ball.

Premium Bowling puts you in one of several bowling alleys where you can play on your own or against friends, or randomly get matched to other online players. The balls come rolling in behind you or to your side, depending on the locale, and you pick them up and do your best. The game does an excellent job of measuring your throw angle, your speed, and any spin you’ve put on the ball. It’s so good, in fact, that I found myself scoring almost exactly as I do when I go bowling in real life.

Be Careful What You Wish For

Although the physics of the game are excellent, they also present a small health hazard. Swinging your arm, as you would for bowling, but in the absence of a real bowling ball, could potentially lead you to throw your arm out. Veteran VR players familiar with manipulating virtual objects are less at risk of doing this. Still, judging from some of the videos I’ve seen of VR mishaps…you can’t be too sure. So, be careful!

A Million Miles From Home

Premium Bowling offers you several different bowling alleys in various settings, they’re not ugly, but they’re also not as gorgeous as the marketing materials would have you believe. This lack of visual appeal is a wasted opportunity. Despite the limited graphical prowess of the Quest, we’ve seen what it can do with titles like Red Matter, and I’ve witnessed almost-photorealistic environments rendered for apartment tours. When an entire game of bowling is being played in one space, you’d imagine that the developers could make that one space genuinely fantastic. Sure, the gameplay mechanics are excellent, but for a game with so few moving elements (yourself, your ball, and the pins), you’d imagine the visuals could be a lot better.

The music, on the whole, is relatively disappointing and pretty much sounds like being in an elevator. There’s a commentator who tries to be helpful, but he’s tedious, and you’ll be switching him off very quickly. He tries to sound excited sometimes, but…no.

Premium Bowling offers a lot of potential for multiplayer, and this is where anybody who’s genuinely interested in the game will be spending most of their time. You can chat with your opponents as you play online, and you can see daily and weekly top scorers. It has a week-to-week ranking system, it even has leagues you can join for an E-sports style experience. We also have to give the game major credit for allowing local multiplayer. You can play your turn, hand over your Quest to the next player, and so on. That alone will make it worth buying for a lot of people.

What the game doesn’t do at all is provide any added value to the basic bowling experience. There’s an absolute lack of whimsy here, as evidenced by the very title of the game. There are no extra mini-games to play, and no twists to the essential bowling experience. Premium Bowling is, regrettably, what the industry refers to as a minimum viable product. It works, and it provides what bowling purists demand, but it’s not even what Rob Stone would call a hambone.

I can easily recommend Premium Bowling to anybody who’s looking for a bowling game to play on Quest. For casual gamers who are just looking for a fun VR game, the lack of polish (both in the alley graphics and in the user interface) might well be a turn-off. Clearly the product of a dedicated but small team, Premium Bowling gets the fundamentals right but just doesn’t feel like a premium title.