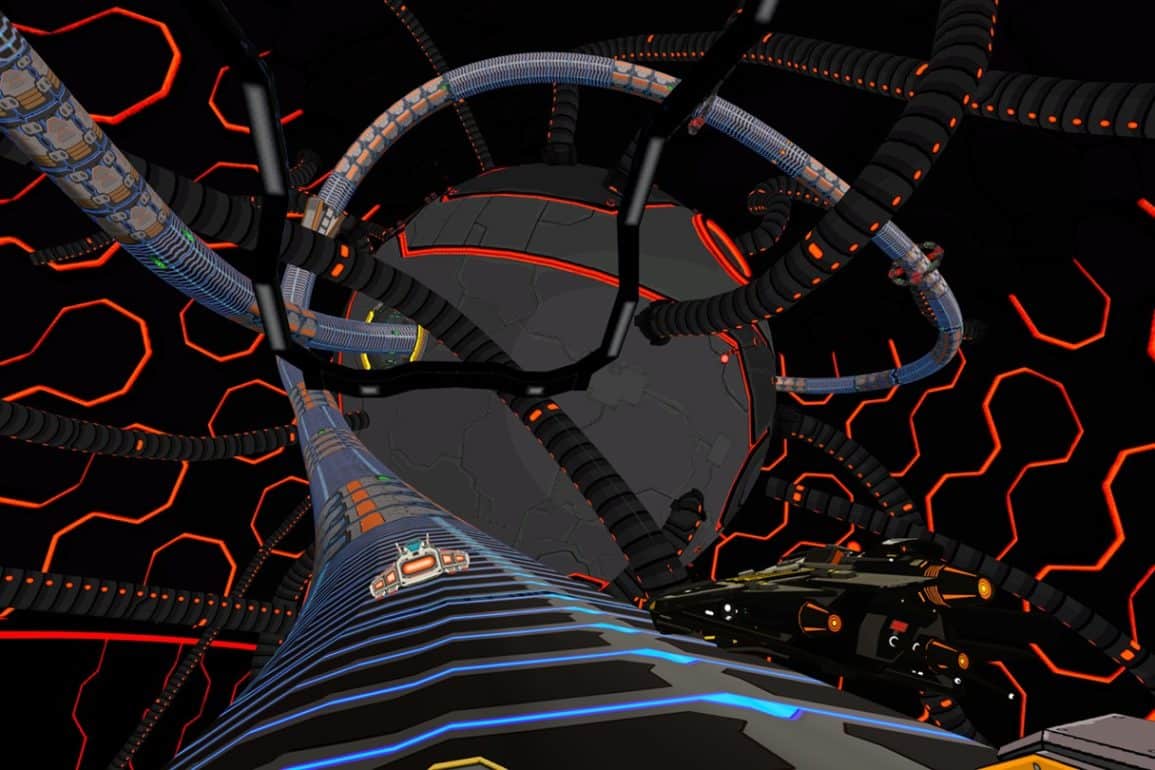 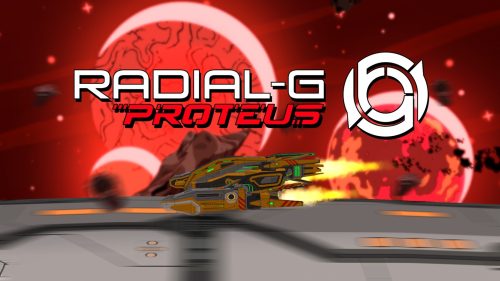 Usually, comparing a game to a roller-coaster ride is meant as a compliment. But instead of exhilarating, the word that best captures the essence of Radial-G: Proteus is “nauseating”. This topsy-turvy racing game evokes intense feelings, and not in a good way.

Taking a cue from futuristic racers like F-Zero, Radial-G is coated in candy-colored neon. Many of the game’s electric visuals are cel-shaded as well, which makes the ships look pretty impressive.

Once you spin up your engines, you’re propelled through one of nine tracks. Each of these tracks resembles a plate of spaghetti that has been thrown in the air. While each track varies slightly in terms of ramps and rotating gates, they all look and feel incredibly similar.

The soundtrack is similarly repetitive and, frankly, terrible. It’s a tuneless crash of techno bass and drums, and even fans of electronic dance music will probably find it grating. This is not a soundtrack that demands you stream it on Spotify or Youtube when you’re not playing the game.

Warning: Do Not Point Towards Face

To reach the finish line, you have to hold down the accelerator the whole time, and I didn’t notice any advantage to braking into turns. Compare this to the essential drift mechanics in Death Lap, the most recent Oculus Quest racing game. In Radial-G, you can also boost with the A button, but the boost that shares a meter with your shield depletes quickly, and can rarely be refilled. As a result, you’ll often hear an in-cockpit voice announcing “warning!”

Warning, indeed. The senseless, clanging cacophony of the combined visuals, gameplay, and soundtrack make Radial-G one of the least enjoyable VR games I’ve played. Even if you can get past all the noise (visually and aurally), the on-track racing gameplay leaves a lot to be desired.

Beyond hitting every green boost, there’s little strategy involved in winning each match. In career mode, there are a few variations on the same theme— timed laps, one-on-one races, and elimination mode, for example— but it all comes down to laying on the gas, dodging a bit to the side, and trying not to lose your lunch.

All of Radial-G’s shortcomings make me appreciate even more the lengths that Death Lap went through to make the game more entertaining and accessible. Radial-G completely lacks the charm or originality of Death Lap in its vehicles and tracks, and Death Lap offers online multiplayer while Radial-G languishes in bots-only offline mode.

Death Lap also has comfort settings to reduce the whiplash you’ll get from driving quickly in first-person VR, but Radial-G’s gut-churning intensity seems to be its main selling point. If there was a way for Radial-G’s levels to put more emphasis on big, open expanses of…track, instead of tight turns and spirals, it might improve the comfort factor.

One gameplay mode in Radial-G has some potential, and that’s combat. While not every race has weapons, the ones that do give you an additional challenge beyond steering. Drones will drop mines in front of you, and you’ll occasionally get to blast a competitor who is speeding just ahead. But again, compared to the explosive melee of Death Lap, Radial-G is pretty tame, and even your vehicle’s destruction is just an anticlimactic fade to black.

Even if you’re a hardcore fan of F-Zero or other futuristic racing games, it’s hard to find much to enjoy about Radial-G. At best, it’s unoriginal and simplistic, and at worst, it’s physically uncomfortable to play. Without some significant improvements, I want off this wild ride as soon as possible.