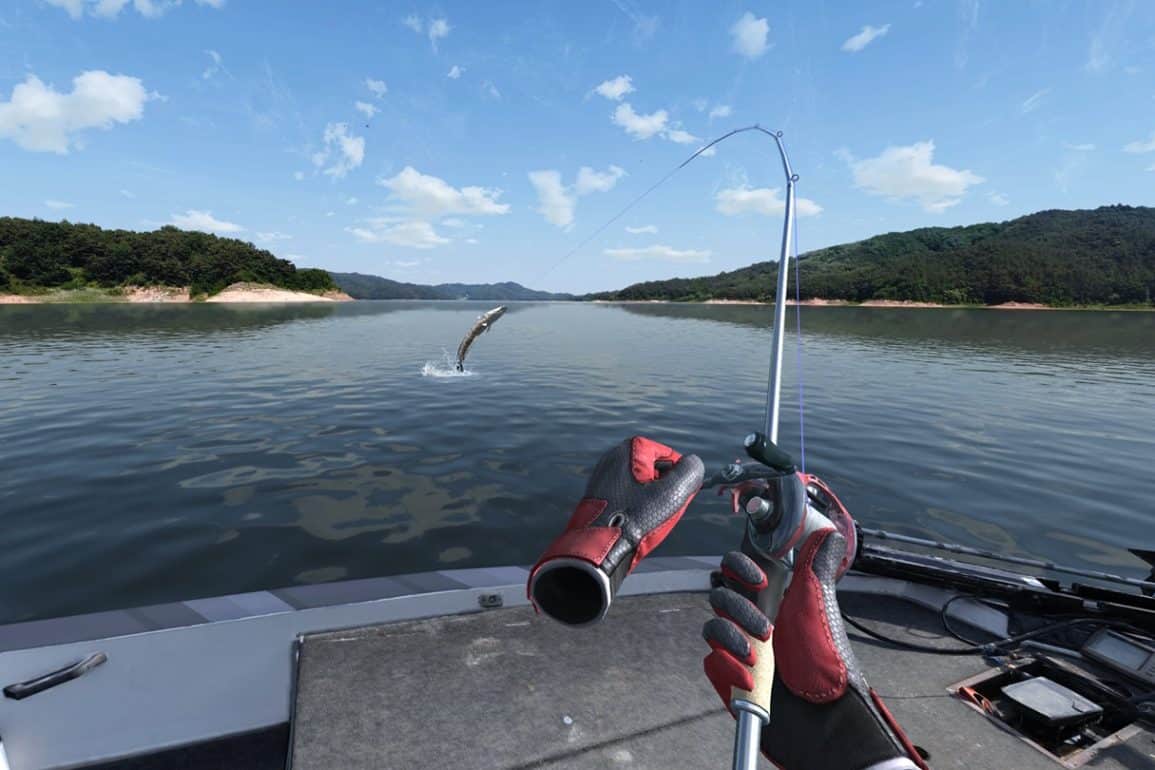 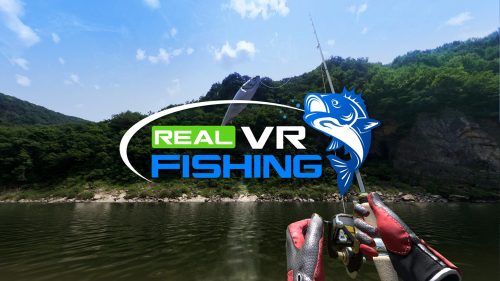 It wasn’t so long ago that I would have said that the closest I’d get to enjoying fishing is the bit in Resident Evil 4 that lets you lob a grenade into a fish farm and collect dead bass for health. However, rather like middle age, virtual reality changes all the rules. After a rather major health scare last year, a friend of mine took me fishing, and I have been addicted ever since. As I’d now call myself an angler in real life, I was curious to see how this relaxing, perplexing hobby might translate to virtual reality. Real VR Fishing has been on my radar since before I purchased the Quest. I was only too happy to wade in and find out if it was worth the wait.

Of course, the lovely and cartoony Bait! is already available on the Quest, and is mostly free to play. It distils the pastime into a whimsical arcade game with a considerable amount of success and is both immediate and fun. Sadly, no matter what I might say in this review, some will say ‘just get Bait!, it’s free’. These will likely be the same people who recommend playing Moonrider instead of forking out for Beat Saber or BoxVR. Whilst there is definitely some shared gameplay DNA between Real VR Fishing and Bait!, they have different goals and, therefore, entirely different atmospheres. Real VR Fishing wants to make you feel like you’re actually stood by the water. It wants you to lose yourself in the VR experience of fishing in a way that echoes the real-world version. I’m delighted to report that, with a few caveats, it succeeds.

Real VR Fishing starts in a fishing lodge; another one of those cool living spaces that the Quest seems to be teeming with. You can amble around in with either teleport or free locomotion. The latter feels a bit weird as it is mapped to the right thumbstick for moving and turning, so the movement feels a bit like driving a Dalek. As it’s the only bit of locomotion you have in the game, it’s really not a massive deal. A huge wall display acts as the menu system; the location selector, the store, your loadout, and so on. The menus are clean and stylish, only let down by the weird and dated blippy noise that accompanies button presses.

Whilst we’re talking first impressions, I have to say that the tutorial is beyond abysmal. The first time you approach the menu screen, the tutorial is displayed as a series of slides, like a Powerpoint presentation. It’s really a pet hate of mine that tutorials are given so little thought and effort, and this one is the worst of all worlds. Rather than a short, interactive trip that guides you through catching your first fish, it presents pages of a virtual (and crappy) manual to be clicked through. It’s not a good use of VR, or the player’s time, and isn’t really acceptable in what’s an otherwise polished affair.

Once out on the water’s edge, however, things perk up. It’s immediately lovely to look at. The water looks great. The backgrounds are clearly static photographic panoramas, but they are brought to life with incidental details and animations that are convincing and pleasing. Birds flit about in the sky. At night, the lights of motorway traffic move across distant bridges, and fireworks crackle in the sky. Swans, er, swan about. This is bolstered by beautiful sound design which marries convincing ambient sounds with weather effects and the swoosh of the rod and the clicking of the reel to create an atmosphere which is eerily effective at times. The fish themselves are beautifully rendered, and look spectacular; the best reward that the game offers for a successful catch.

The angling itself is excellent. Casting feels natural and rewarding. On the default Easy difficulty, Real VR Fishing operates similarly to Bait!, with ample visual prompts for when to pull and in which direction, and a circular meter ending in a red zone to show line tension. A lovely touch on Easy difficulty is that the first button press makes the player virtually don a pair of sunglasses with a HUD. This HUD then shows generic fish outlines in the water – a humorous little bit of sci-fi to explain the presence of holographic fish as a visual aid.

On the Expert level, there’s little to help you. No magic glasses, no holograms. The fishing line is colour-coded to show tension, and you have to carefully watch the water splashes to judge when to do what. It’s a brilliantly designed system which is welcoming for beginners, but then provides a bit more challenge and realism when you’re ready for it.

Another great feature is that Real VR Fishing supports custom music. Whack your songs on a folder on the Quest, and you can play them in-game. I love the game’s default audio – atmospheric SFX until you catch a fish, then some mildly tense music (that sounds amusingly like a parody of the battle theme from Final Fantasy VII) kicks in. But should you want a nice relaxing time on the riverbank while blasting out some Cradle of Filth or Perry Como, then the game will accommodate you.

One of the game’s features that I find interesting is the progression system. It gives you a choice to either keep the fish you catch and earn money to buy better gear, or release the fish and earn experience points instead. This will help you level up and unlock other locations and bigger and better fish, but not give you any money to buy nifty swag with. Now, the choice for me was simple, at least in the early game; release everything, level up, get access to as many of the lovely Korean locations as possible. I did find myself hankering after more options for tackle rather than the default ones. Earning money seems a steeper hill to climb then gaining experience, at least early on.

Not everything about Real VR Fishing is as enjoyable as it could be. I’ve already mentioned blippy menus and rubbish tutorials, but there are more significant problems that I think are worth calling.

The first, and definitely the biggest for me, is that the fishing does not work in 360°. It’s not as limited as it would have been on the Go – you can potter about a bit on the shore with some degree of freedom. It’s more than disappointing though that the game features locations that stand the player on a boat in the middle of an expanse of water, yet the fishing only works if you face the starting direction. Try and cast from the other side of the boat and the line glitches out, shooting back over your head.

This really surprised me. Why feature an environment that invites fishing all around, but that only works in one direction? It betrays its origins as a Go title, and I think Quest users might expect a little more. I contacted the developers to ask about this, and they told me that they were looking into updating the game so that 360° fishing worked. Unfortunately, they added that this involved completely overhauling the fishing logic and that it might be some time. I’m hoping this will materialise sooner rather than later. Ironically, they could have left those tantalising locations out of the game and not highlighted the issue.

Lots of other goodies are on the way as part of a planned ‘Salt Water’ update. This will include multiplayer PvP, and it would be great if 6DoF fishing made the cut… But it shouldn’t have been omitted in the first place. (I’ll be happy to update this review should the updates sort the problem out).

Other gripes? Sometimes the geometry of some of the shoreline graphics is a bit simple, making it obvious that they are wrapped photo textures. This occasionally breaks the immersion if you pay it too much attention. It would also have been good to have a more involved virtual interaction when choosing to keep or release the fish, rather than left or right and a button press. A water tank behind the player to throw fish in, perhaps, and a little movement with both controllers to release it? This would have felt more immersive and rewarding, like a satisfying gun reload in a shooter.

Real VR Fishing sets out to replicate the experience of fishing in VR, whilst being gamified enough not to be boring or inaccessible. It does a fine job, and is quite meticulous in some of its finer details. The graphics and sound are mostly delightful, and the overall atmosphere is relaxing and fun, in a quiet and contemplative way. It strikes a good balance between recreating the essential languid nature of fishing and giving the player enough action to maintain interest. Rather like fishing in real life, it’s very easy to get lost in its charms and lose track of time once it’s got you hooked.