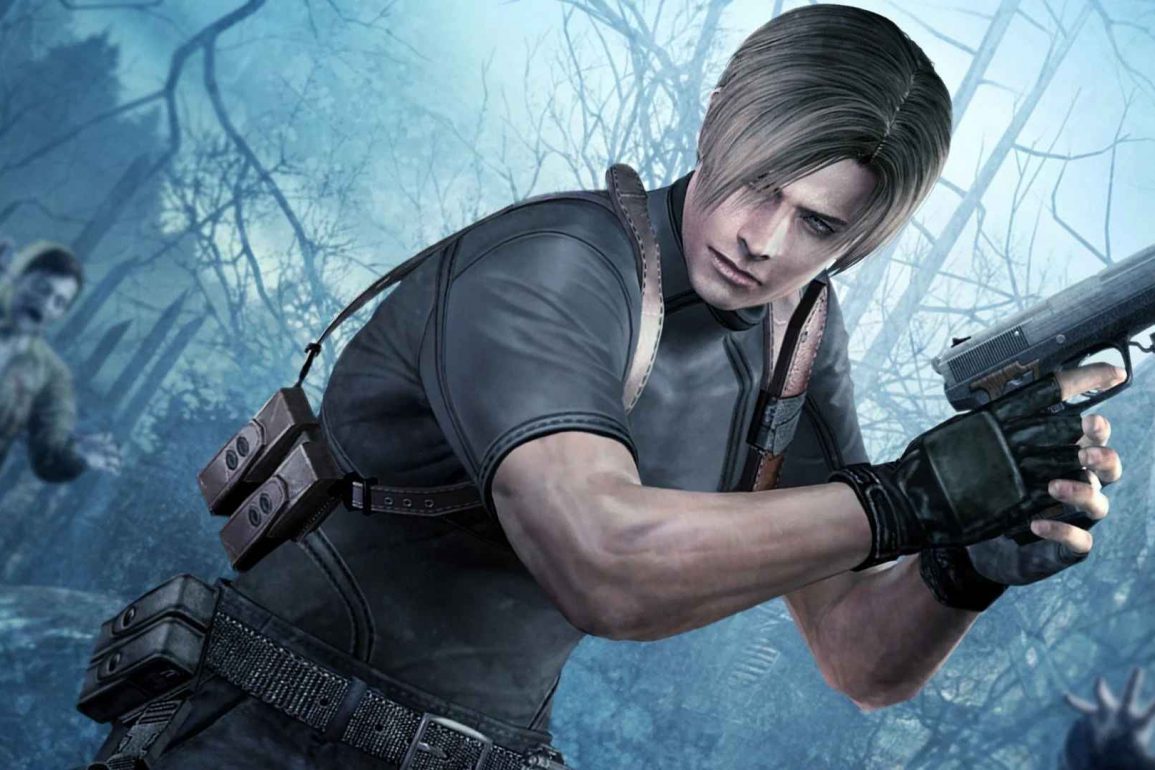 Resident Evil 4 is a pretty big deal. For the games industry, it marked a high point of creative endeavour versus critical and commercial success. For many, me included, it occupies a place high in the top ten lists of best videogames of all time. It’s safe to say that I have owned RE4 on every platform it’s been released on, starting with the Gamecube original back in 2005; I play through it at least once a year. I find it endlessly replayable, hilarious, fascinating, and well-made in a way that many modern AAA games aren’t. Until recently, Capcom themselves seemed slightly afeared of touching the Resident Evil 4 formula. Understandable, given that for a few years, their attempts to recapture its glory have resulted in games that veered perilously close to derailing the entire franchise.

WHAT ARE YE BUYING?

I can’t even guess why or how Armature thought they would take on this beloved and untouchable behemoth and convert it to VR. As an idea, it seems bold, to put it mildly. One of the many reasons that Resident Evil 4 has resisted modernisation or remakes so far is that it deftly sidesteps all the standard genre tropes. It does so whilst planting itself firmly in a time that no developer revisits. No strafing or shooting while running? It turned these restrictions into a panicky and cool way of ensuring that the not-zombies remained a threat, despite their stumbling ineptitude.

If you’ve seen my reviews before, you’ll notice that I take a dim view of VR games that don’t let you have the freedom VR should represent. Resident Evil 4 is built upon a fiddly but beautifully wrought control system that demands precision whilst being deliberately cumbersome. Before I played this for review, I just could not imagine how a VR version could work without compromising so much of what made the original game special. I desperately wished that it wouldn’t just end up another shooting gallery with familiar locations, relying solely on the nostalgia of terminally grumpy old gamers like me.

Cut to the chase, Doc, just tell us if they’ve managed not to ruin it!

Well. Oh, my word. They’ve only gone and bloody done it, haven’t they? Armature have managed to make a relevant, respectful, perfectly updated version of one of the best games ever made. From the opening aural montage of the creepy intro music with the monks whispering, it’s pretty clear that this has been a labour of love. Every scene in Resident Evil 4 has been rethought by perceptive, talented people with enough respect and love for the original to make sure it comes to Quest in its best light. This is the full-fat Resi 4 experience – every scene, every fight, every puzzle. Even inventory management, a surprisingly addictive part of the original game, has been included, refined and even improved.

Some of the things that have been slightly retooled hugely benefit the game. Even away from VR tenets, QuickTime events have been refined a little, with new audio-visual cues that make it a bit more noticeable if you’re succeeding.

MY MY, WE’VE GOT A FEISTY ONE

The rather mendacious jump from third-person to first-person would be impressive enough away from the fact that it works so well for VR. There are so many immersion, movement, and gameplay options that it would be a fool’s errand to try and document them here. Suffice to say that the game has you covered whether you have unsteady VR legs and prefer an experience that plays more like the original game, or if you’d rather play stood up and whirling around with all the assists and help markers and comfort options turned off. It’s a good job, too – there’s one point before one of the boss fights where the game asks if you’d like full immersion, and it challenged even my VR sea legs to go for broke. But every option is excellently realised; even the difference between seated and standing versions of the game is strikingly polished and carefully fine-tuned.

When the cutscenes play out, you find yourself stood watching them in a dark concrete room with them projected on the wall in front of you. It’s just a subtle bit of scene-setting, but the game handles the jump with a minimum of fuss. Certain familiar actions have been reworked for VR – the old ‘press button to slowly open a door, double-tap to kick it’ routine still works, but now you can also physically open doors slowly by the handle and nose round them with your gun ready; just like protagonist Leon does in the cutscenes. Cupboards and drawers can be opened and searched. And the typewriter used to save the game is now a thing of beauty. You can physically turn the paper wheel to select a save slot and, best of all, type the name for the save with the actual buttons. It’s incredibly immersive, as is being able to ready the combat knife and the gun simultaneously. Using the guns is just a dream, with reloading and aiming a treat. Sniping is better than ever, with an even more solid look and feel than Sniper Elite VR. And to finally be able to chk-chk-boom a shotgun under a Not-Zombie’s chin is a grin-inducing joy.

Sound design is exemplary and actually changes the game for the better. Positional audio means you can tell where you’re being menaced and cursed from, and you can hear things fly through the air towards you. There are new cues for a couple of actions, and the new menus for the shopkeeper are entirely gorgeous. The fact that additions to the game have been made so sensitively speaks to the developer’s talent; the original version of RE4 will, in retrospect, seem that little bit sparser without the flourishes that Armature has brought to bear on it.

Visually the game is marvellous. RE4 has aged very well generally in terms of its graphical fidelity. The careful preservation of its aesthetic in the Unreal Engine is to be applauded. Fire effects and explosions are the only slight disappointment, lacking the realism and punch of the original game. And the countless other visual touches – cleaner textures, inventory objects in glorious new 3D renders – more than offset this minor quibble. Still, it’s a small price to pay to experience the splendour of the game in VR.

AHHH… I’LL BUY IT AT A HIGH PRICE

It’s madness to do anything other than wholly recommend Resident Evil 4 on the Quest in the strongest possible terms. It’s the definitive version of one of the very finest games of all time, and it could not have been more deftly done. The perfect victory lap for Resi 4 before the forthcoming next-gen remake by Capcom themselves, a true reward for longstanding game fans like myself, and an enviable treat for those yet to experience it.

Resident Evil 4
TLDR : Summary
Resident Evil 4 is a gentle and caring VR overhaul of a stunning game by a team that loves the original and isn't afraid to innovate for the better. An essential purchase in every way.
Concept
9
Gameplay
9.5
Graphics
9
Audio
9
Longevity
9
Pros
A flawless update to an already fantastic game
Technically slick and a joy to play
Superb graphics, sound and controls
Cons
Fire effects and explosions are a little lacklustre
9.5
It Lives!
Get it on the Oculus Store
Resident Evil 4