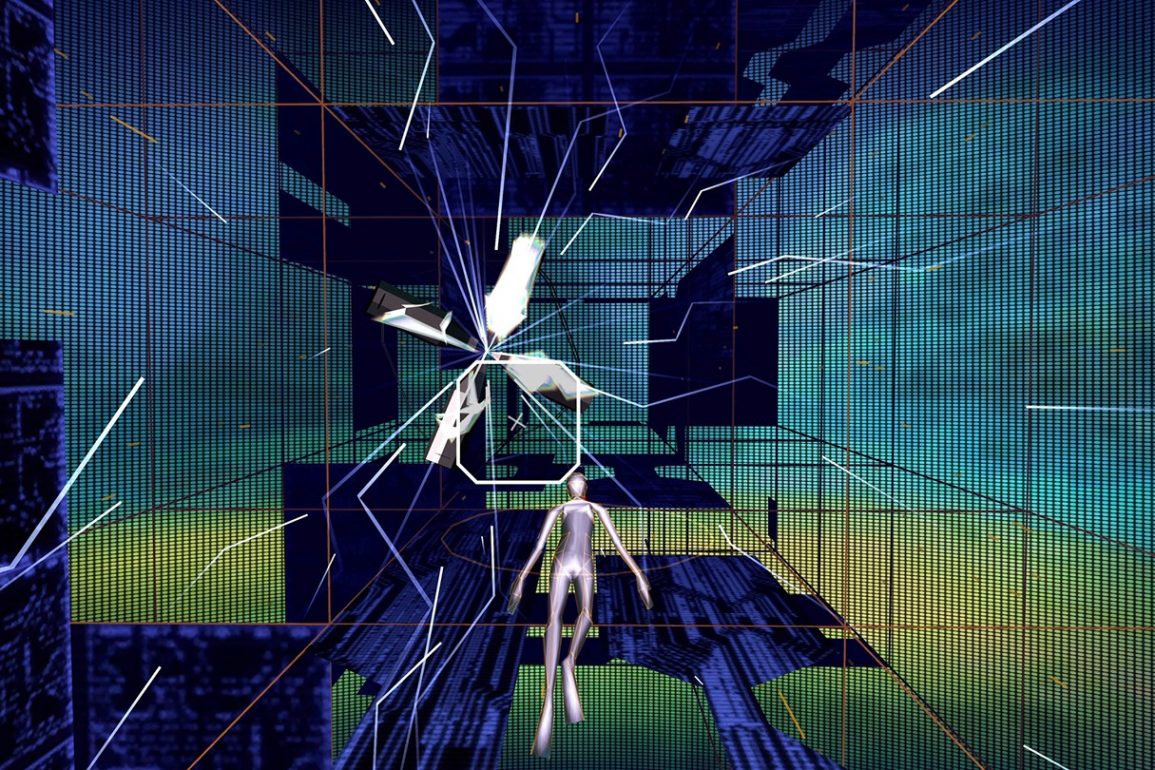 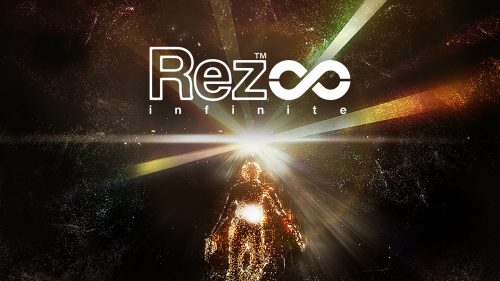 It’s mind-blowing to consider that, for the most part, Rez Infinite is nearly 20 years old. The original Rez, a trailblazing and beautiful title released for the Sega Dreamcast in 2001, has been re-released and rejigged for many platforms since. It made its debut for VR on the PlayStation 4 in 2016, and now it’s here for the Oculus Quest. Does still stand the test of time?

JACKING INTO THE CYBER MATRIX

The setting for Rez Infinite is a perfect fit for VR. Well, it kind of is VR. Set inside a computer network being corrupted by bad data, the game tasks players to fly through this virtual space destroying the nefarious viral infection via the medium of shooting it with laser death. The gameplay itself is slick but pretty basic, recalling Sega’s Afterburner and Panzer Dragoon. What has made Rez so enduringly popular and memorable is its presentation, which hasn’t dated in the slightest. In fact, it has only become more relevant, and it can be argued that it was just waiting for VR to find its natural home.

The graphics are beautiful. It’s a stylised virtual environment that certainly owes a creative debt to Tron, but which is inventive and well-wrought in its own right. The player avatar starts off as a stringy, vaguely skeletal mass of vector lines and ‘evolves’ through success into a more solid and recognisable humanoid. It instantly manages to evoke more, symbolically and wordlessly, than other genre-dwellers like Lawnmower Man do in their entire bloviating running times.

So, yes, it’s flying and shooting through a surprisingly contemporary and well-envisioned version of cyberspace, instantly rendered more captivating in VR. It is the music, however, which proves the most potent ingredient in the game’s immortal charm. The soundtrack is an entirely fitting and thematically on-point mass of whirling electronica. Equally meditative and foreboding, the music is woven indivisibly through the core of Rez Infinite‘s gameplay and visual design. Rez marked an early win in designer/producer Tetsuya Mizuguchi‘s efforts to make games-as-synaesthesia; a visionary mission which has resulted most recently in the astonishing Tetris Effect, also now available on the Quest.

Here the bullets are beats, exploding your digital foes with crisp ribbons of electronic taps and hi-hats. It’s mesmerising and immersive even on flat gaming tech from 20 years ago. Here, in VR, the music pulsing around you and the world stretching in all directions, Rez Infinite is truly transportive.

Area X features free movement in a spectacular firework display of a setting that is over far, far too soon. I don’t know if it was initially intended as a teaser for a VR-only sequel that has yet to materialise, or just a proof-of-concept. Whatever, it’s brilliant, and there isn’t enough of it.

By Jessica Shanks
In Gear

It’d be a real shame if this glimpse is all we’ll ever see of this evolutionary step into the world of Rez. I think 20 years is long enough to wait for a sequel, particularly one of the quality indicated by Area X.

A THING OF BEAUTY IS A JOY FOREVER

For me personally, Rez Infinite sidesteps concerns over longevity because of the unique nature of what it offers. To say ‘Rez Infinite will only last you a couple of hours’ is about as silly as saying the same thing about a must-watch film or, perhaps more appropriately, a seminal music album.

There’s a whole matrix of reasons why Rez has been so beloved for close to two decades, and they are all present and correct in the perfectly-realised Quest version. If it reaches you, it offers an almost out-of-body experience that utterly transcends its essentially simple gameplay. As such, its legacy and relevance are pretty much undeniable, and only rendered more potent in VR.

Rez Infinite | Review
TLDR : Summary
A synaesthetic shooter which fuses incredible presentation and music with simple, addictive gameplay that has been a cult success for two decades, and which feels like it has been biding its time to be unleashed in VR. A slightly acquired taste but unforgettable.
User Rating0 Votes
0
Pros
Beautiful presentation and graphics
Truly classic soundtrack
Accessible, simple gameplay
Area X
Cons
'Short' playtime
We want more VR-only content!
8.5
Red Pill
Get it on the Oculus Store
Rez Infinite