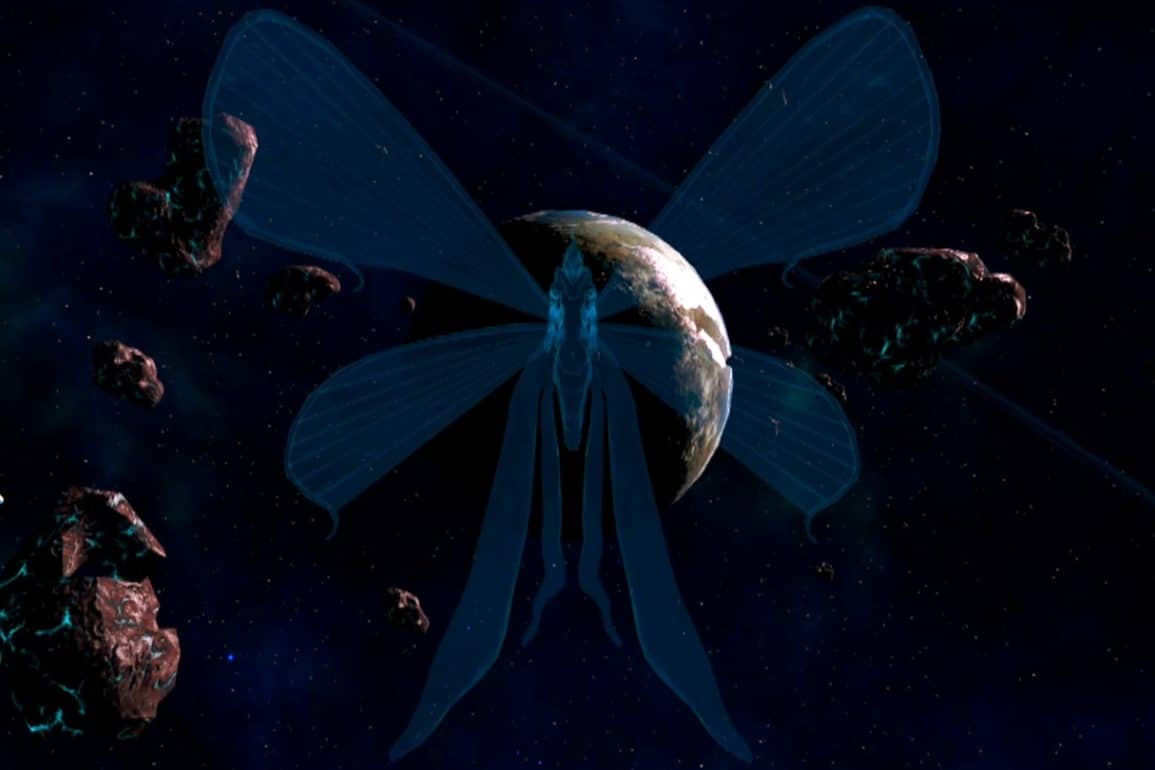 Rhythm of the Universe – Ionia | Review

It's Pretty, But Is It Any Good? 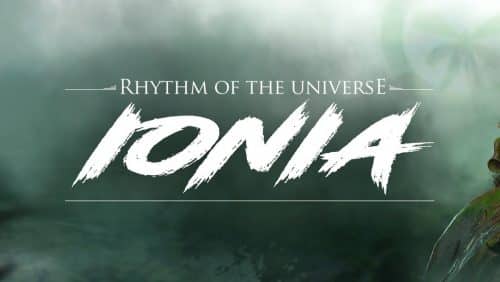 Rhythm of the Universe – Ionia is a game that describes itself as “a single-player fantasy-adventure puzzle VR game for all ages,” which sounds, to be frank, like it’s setting a pretty low bar. In contradiction to this, a beautifully produced first cinematic trailer that showed off the game’s musical universe and a second featuring some intriguing musical puzzle gameplay gave the impression that Ionia looked like it might bring something unique and original to the VR space.

In this first-person adventure, you play Allegro, who, guided by his sister, Allegra, embarks on an adventure in an ancient mystical land. An intriguing opening tutorial talks of an invading army destroying a planet’s ecosystem and upsetting a delicate magical balance.

The production is slick and polished, and between this and the trailers, the expectation of quality is set long before your first teleported step is taken.

King of the swingers

Ionia splits its game time between exploration, puzzles, and the occasional theme-park ride style intermission. A fourth unignorable element is an ongoing exposition, which is usually delivered during gameplay breaks by Allegra but occasionally by another unseen narrator.

Ground-based movement is achieved through teleportation, with options for full-motion available in the settings for those with a strong stomach. Whatever you choose, you’ll also spend a good amount of time moving vertically by ascending bright yellow vines or ladders made of wood or bricks… or mushrooms.

Climbing is achieved by gripping onto things with the controllers and pulling yourself upwards; it’s always a ‘smooth’ movement-action but can be paired with teleporting when necessary.

The puzzles are where the game offers the most player agency and are usually solved by carrying items to a location or, in keeping with the rhythmical world theme, by interacting with a fantastical musical instrument.

The audiovisual side of things is where Ionia excels – but also where the self-described ‘for all ages’ part of its marketing blurb is most prevalent. The dilapidated forest world is brought to life with an earthy consistency and depth. The landscapes are full of bizarre, imaginative, doe-eyed creatures. The voice acting, too, is of a high standard and the, sometimes convoluted, dialogue is delivered with a lot of enthusiasm.

As you woAs you would hope with a game set in a universe born of music, the orchestral folk tunes are beautifully realised, if sometimes a little forgettable. They are all nicely woven into the background noises of the game world and entirely in keeping with the natural vibe of the game.

Reached the top and had to stop

Ionia fundamentally fails at providing a fun, challenging, or entertaining experience on just about every level. Its high production values cannot mask a game that offers little gameplay, and it bungles the delivery of its world-building and lore to the extent that, at its end, you feel like you’re being beaten over the head by Deus Ex Machina.

Beginning with the tutorial, continued with Allegra’s endless prattling and bizarre hallucinogenic history lessons along the way, and right into the bafflingly trite conclusion, Ionia is desperate to tell you about its world – but seems almost as desperate to not let you explore it.

On the technical level, the teleportation implementation causes frustration by seeming to have a cooldown period. It’s only a second or so, but it means you can’t hop through the game at any pace.

A much bigger problem is how little the game actually lets you explore. Trying to teleport to an area of a level that is deemed impossible to reach will see your reticle and guide arc turn red. This happens with such regularity that I’m sure I saw more of this colour in my time with the game than I did anything else.

This total lack of freedom is compounded during the moments when you’re forced to listen to Allegra’s exposition. For the entirety of the sequence, you will be routed in place. Then, with rage-inducing audacity, her dialogue will tell you to get a move on and follow her – while all the while, the red icons of incapacity keep you rooted to the spot.

When you can move about, you’ll find yourself funnelled through a very narrow playable area. This isn’t unusual in VR games, but most are far better at hiding it than Ionia. The almost universally loved Half-Life: Alyx features similar gameplay ‘corridors’, but the restrictions of an apartment building or train carriage are far less jarring than a knee-high pile of rocks or some insubstantial vegetation.

Climbing, too, is a completely guided experience, but it also offers a complete absence of weight or tactility. Moving hand over hand along a single bright yellow vine, you are struck by a jarring lack of physics. There is a muted audio cue to indicate when you have gripped a climbable surface or item, but no haptic feedback at all. All the time, you’re listening carefully to ensure you don’t plummet (miraculously unharmed) to the floor below. When you reach the end, invariably, a puzzle awaits.

These are, without exception, insultingly easy. Most involve playing specific notes on an instrument, the solution to which will be written in plain view somewhere nearby.

There is a single section, about halfway through, where the nucleus of a good game can be seen: A room-sized puzzle that put me in mind of Tomb Raider. Runes to be placed, arcane symbols to be aligned, secret doorways to be revealed – but sadly, this is but a brief interlude in the verbose world building and on rails gameplay that mars the rest of the experience.

Doctor Who: Edge of Time | Review

And that’s what’s botherin’ me

From start to finish, Ionia will take you 90 minutes. Trust me when I tell you this is a blessing in disguise. Any longer spent imprisoned in this world of invisible walls with only Allegra’s simpering voice would have been unbearable.

Interestingly, at some point, the words “VR series” have been added to a few of the game’s marketing images, so perhaps there are more $10, 90-minute episodes to come? Who knows? Can they make us care?

I’m tired of monkeying around

Despite appearing to have been made with good intentions and high production values, Rhythm of the Universe: IONIA is a strong example of so much that a VR game shouldn’t be.

Its graphics and sound design are very polished, and the world-building, though muddled, has strengths. But interactions from the player feel pointless, a segue between story elements that the developers are interested in, rather than the true core of a game.

The whole experience is burdened by an apparent need to deliver as much backstory and lore as possible, and, as a result, it’s often disjointed and confusing. Worse still, despite so much time given to this aspect, come the denouement we’re introduced to some pretty fundamental new concepts that, until that moment, have somehow gone entirely unmentioned.

In its defence, ‘for all ages’ is often another way of saying ‘Y’know? For kids!’ and Ionia may serve as a decent gateway VR experience for younger players. However, I’m not in that audience, so I can’t tell you if Allegra’s Children ‘s-TV-Presenter delivery would be as annoying for them as it was for me. I don’t know if linear sequences during which you’re transported through the world on some beast or device would offer them as little entertainment as it did me.

Certainly, Robert (son of the late Steve) Irwin’s flat-screen video message that appears just before the credits (yes, really) sounds like it’s addressed to a group of 4th graders on a field trip, so this might be the game’s actual audience. But, if that is the case, the developers and publishers need to be far more honest about it upfront.

Book-ended by this bizarre message and the game’s own trailer that serves as an intro-movie (also presented ‘theatre style’), it’s easy to see Rhythm of the Universe – Ionia as a distraction at the zoo or theme park. It’s just as easy to imagine it lying forgotten and unused.

Rhythm of the Universe - Ionia
TLDR : Summary
For a younger audience, there may or may not be some entertainment to be found in Ionia. Still, for everyone else, this is a frustrating, short, linear, and uninspiring trip through a world that's nowhere near as interesting as it thinks it is.
Concept
3.5
Gameplay
1.5
Graphics
7
Audio
7
Longevity
1
Pros
Attempts at deep world-building
Lovely sound design
Imaginative visuals
Cons
Unpleasantly mawkish tone
Lack of freedom
Extremely short and easy
3
Hollow
Get it on the Oculus Store
Rhythm of the Universe - Ionia