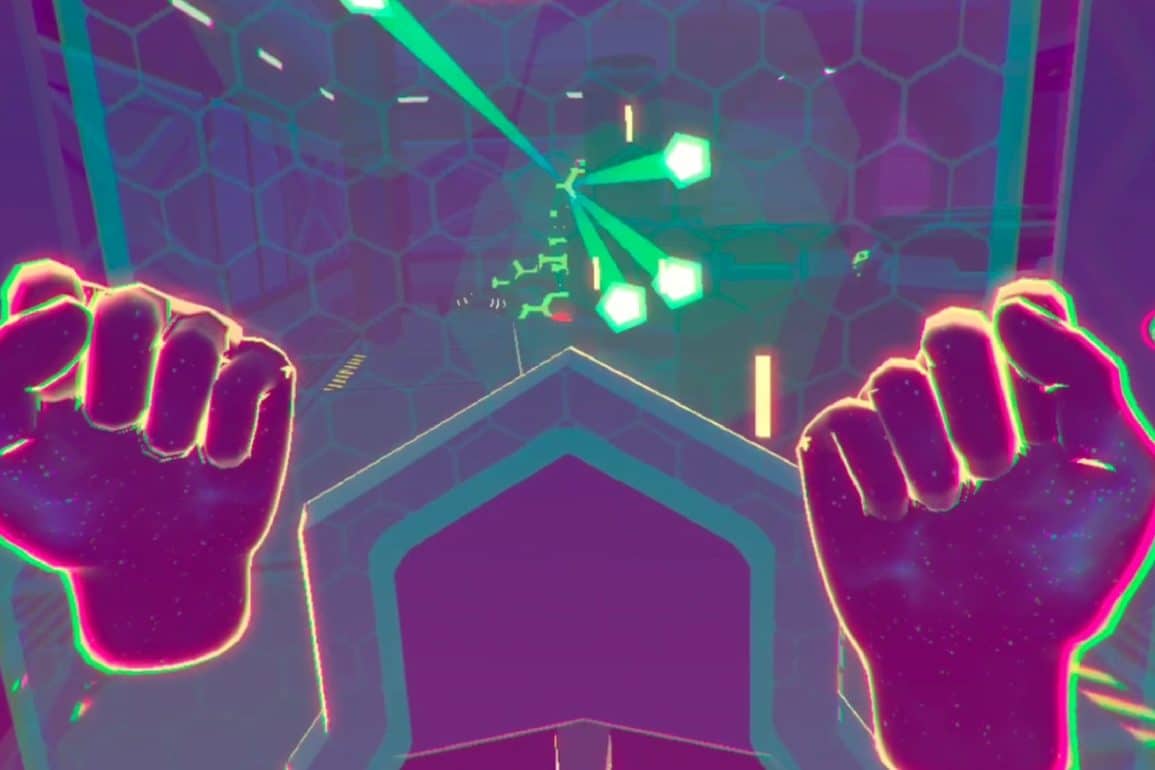 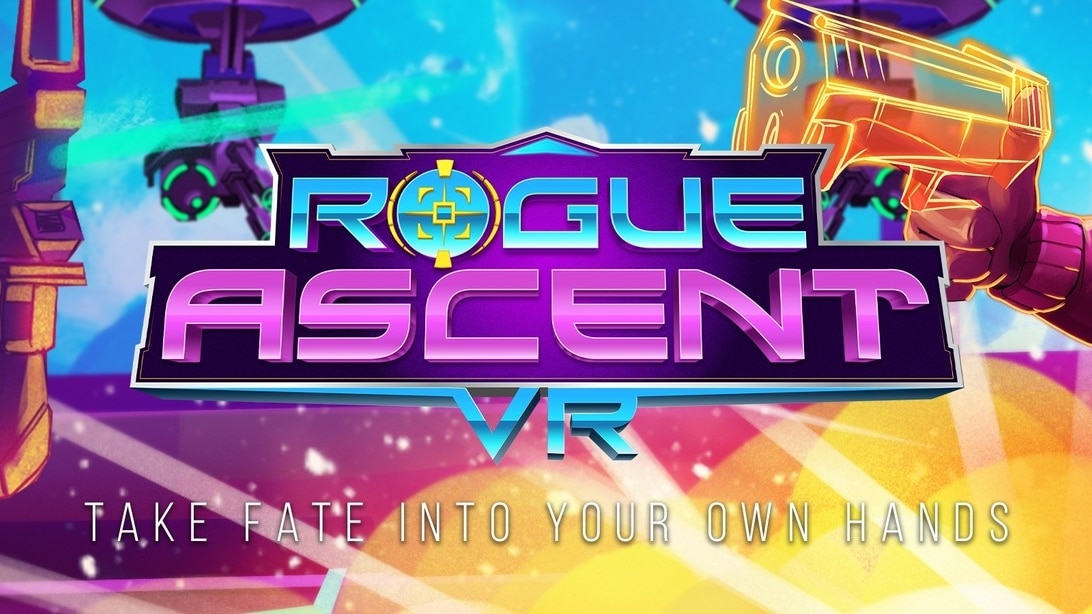 There’s usually limited information and a paucity of coverage in the gaming press for games (like Rogue Ascent) released on Meta’s digital sub-marketplace, the App Lab. I rather like the purity of this experience. It reminds me of choosing budget ZX Spectrum games entirely on the strength of blurry screenshots on the cassette cases, so I feel conflicted about detracting from it here. Still, this analogy crumbles when we come to talk about money.

Budget games from the eighties were £1.99 each, whereas Rogue Ascent retails at a pretty standard £15 (or $19.99 if you’re paying in USD). This is a good chunk less than you might pay for a top tier Quest game, but it’s still a step outside the impulse-purchase territory.

So, rather than taking a blind punt based on screenshots and marketing, let me help you decide whether Rogue Ascent is worth your pocket money.

Rogue Ascent‘s unique selling point is that you can play it without controllers.

Using the Quest’s Hand Tracking, this rogue-like shooter has you blasting at bad guys by making your fingers into a gun and navigating using various other gestures. You can play with controllers if you prefer, but it seems a little reductive to jump into an experience like this without the central gimmick, so I’ve chosen not to for this review.

That word – ‘gimmick’ – has become unfairly synonymous with pointlessness, and this is both linguistically incorrect and completely unfair. There was a time when stereo sound, analogue thumbsticks, and even video games were all considered ‘gimmicks’. Let’s not forget that many would happily throw VR into that category.

Hand Tracking has the potential for endless possibilities if people are open to giving it a try. It’s exciting when developers attempt to make the technology work with games even though the underlying tech is obviously still a work in progress. On that point, although the Hand Tracking 2.0 update is rolling out currently, it’s worth noting that I’ve yet to receive it – so this review was conducted entirely using the original version.

These caveats aside, this central gameplay gimmick makes for a unique and interesting experience.

The game recognises your finger guns and materialises any equipped weapon in place of the hand. Since there’s no trigger with this setup, your guns automatically fire when aimed at an adversary. While I think there was a missed opportunity to implement voice commands that shoot when you shout Pew! Pew! Pew! into the mic, this autofire work-around is a slick solution.

Reloading is done by pointing your fingers straight up, causing the in-game weapons to twirl flamboyantly as the ammo is replenished. A shield can be generated by holding both fists up, a scanner can be accessed on the back of your left wrist, and info about weapons can be brought up by looking at their sides for a second.

With no thumbstick, another solution had to be found for movement. Each procedurally generated floor is arranged in a grid with a node at the centre of each square. Reaching out with an open palm covering the node teleports you to it. The same gesture is used to activate switches and pick up objects.

I must admit I’ve lost track of all the various subcategories of the Rogue genre, but I’m pretty sure we’re in ‘Rogue-lite’ territory here as although it won’t be long before you come across some more impressive firepower and pick up enough cash to buy some helpful perks from in-game vending machines (both of which put me in mind of the Borderlands franchise) these are all lost when you die. However, your efforts will permanently level up whichever of the four classes you choose at the outset, making them stronger from the get-go next time around. These classes are impressively varied and serve as a great way to get extra mileage from what is, essentially, the same game structure.

The Android class, for example, has a massive shield and weapons with a large capacity that reload almost instantly. Medics add toxicity to their firepower, leech health from enemies, and can generate a health zone as their ‘special power’. ‘Travellers’ use silenced weapons and are therefore less often set upon by hordes of baddies. As you might imagine, the standard Rogue class sits somewhere in the middle ground of all the others.

Whatever class you choose, your objective is simple: “Ascend. Save your homeworld!”

For better or worse, these 4 words and the opening image of a planet-sized spacecraft attacking the earth are all the story you get.

Vapour-wave goodbye to your eardrums

Rogue Ascent lavishes in the kind of vaporwave aesthetic that has shown up all over the videogame landscape in the past few years. Usually reserved for arcade racers or similar experiences, the bright palette of blues, pinks, and glowing neon is an excellent fit for the game’s broadly cell-shaded and low polygon stylings. Although falling into just a handful of basic types, there are several versions of enemies, and they’re distinguished by effects and colours that make them easily identifiable in a crowded firefight.

There’s a very subtle brilliance to the soundscape created in the game. Each level is preceded by a short elevator ride, complete with lounge jazz muzak until you arrive with a ping and the doors open to near silence. You might pick out some footsteps, the hum of a sentry turret, or the buzz of a nearby hover drone… but step out into the corridor, and it won’t be long until the peace of the elevator is a distant memory. When the action kicks off, Rogue Ascent becomes a beautiful cacophony of laser blasts, sirens, ricochets, and gunfire – all punctuated by the maraca-rattle of your weapons as they reload.

All the sound effects have more than the usual amount of legwork to do in Rogue Ascent. Without haptics or even the simple physicality of pulling a trigger to provide feedback, it’s down to the game’s audio to pick up the slack – and generally, it does a really great job.

The music that accompanies your efforts is fantastic throughout. It’s a great listen, from that catchy ditty that plays in the lift between levels to the bombastic power-synth tunes spurring you on during the frantic action. The sound really does wonders for the frenetic atmosphere of the game while never drowning out those all-important audio cues.

Everything in the audio, visual, and gameplay package combines into a heady mix. It’s the kind of experience where a quick 5-minute game will have you blinking back to reality an hour later.

It’s a shame then, that due to inconsistencies with the Hand Tracking, you’ll often remove your headset at the end of a session, feeling like that last death really wasn’t your fault.

The tracking of my tears

As much as the graphics and sound are confidently delivered in their style, there’s no hiding that Rogue Ascent has room to improve on the performance and polish front.

The Hand Tracking in Rogue Ascent is successful about 70 per cent of the time, and while it can be improved by more clearly defined actions on the part of the player, there are other problems, such as inconsistency when picking up weapons, or the game incorrectly registering a movement request, that are outside your control and cause regular frustration.

I’m also not sure that the animation is as smooth as possible. This isn’t a framerate issue but rather a choppiness that’s clearly noticeable in the movement of humanoid foes. This could be a design choice, but I don’t think so, as it’s at odds with the rest of the design.

The game is currently just one mode. There is a greyed-out option on the menu that promises more, but for now, ‘Ascend’ is all there is to offer.

Furthermore, I can’t tell you how long it takes to ‘ascend’ to the top of whatever you’re ascending because Rogue Ascent constantly kicked my arse back to the ground floor on every occasion in the four or five hours I was playing it. But I should be clear, without meaning to get kinky, that I genuinely enjoyed it and will certainly be going back for more.

Rogue Ascent is a scruffy little underdog of a thing. It has a central concept that many will write off before they ever play it. It’s launched into the App Lab, where only a fraction of consumers ever go, and both it and its foundation technology are, unashamedly, works in progress.

There are fundamental issues caused by the game’s USP and graphical and performance areas that could use more than a little extra polish. When it works, however, when the stars align and you put together a run unfettered by technical issues – Good Lord is Rogue Ascent ever a great time!

It’s frustrating that the root cause of many of Rogue Ascent‘s irritants is that Hand Tracking (1.0) loses contact when one hand passes even partially in front of the other. When you’re doing your best Chow Yun Fat impersonation, barrelling around corners dual-wielding shotguns and gunning down wave upon wave of bad guys, this glitch crops up far too regularly for what is an in-game life or death issue. It’s further exacerbated because, on top of your weapon disappearing, it can also cause those unintentional movements when the tracking is regained.

The developers of Rogue Ascent have promised that specific Hand Tracking 2.0 updates are on the way along with many other tweaks, bug fixes, and additions. If you have the 2.0 upgrade already or have seen videos of it in action (it’s been added to Cubism to great benefit), you’ll know that the issues mentioned above should soon be a thing of the past. Unfortunately, I can’t evaluate a game on what it might become, only what it is right now. In short, Rogue Ascent is a lot of fun when it works and quite frustrating when it doesn’t.

Rogue Ascent
TLDR : Summary
A game that just about delights more often than it frustrates, Rogue Ascent is a brilliant concept that is too often tripped up (currently) by the failings of the core technology.
Concept
7
Gameplay
6
Graphics
7
Audio
9
Longevity
7
User Rating0 Votes
0
Pros
Unique concept
Fantastic music
Addictive gameplay loop
Early access, so it may get better
Cons
Glitchy with Hand Tracking 1.0
Jerky animation on some enemies
Lacking backstory or context
Early access, so it may get worse
7
Idiosyncratic
Get it from Meta's App Lab
Rogue Ascent