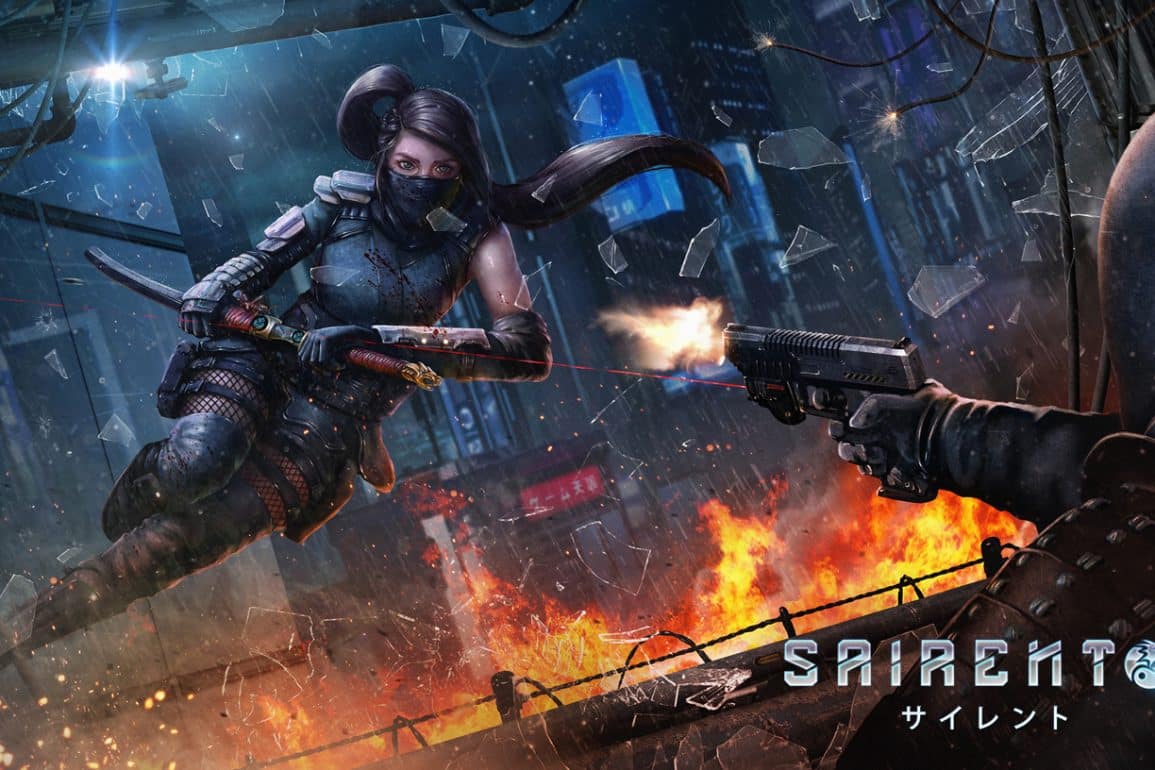 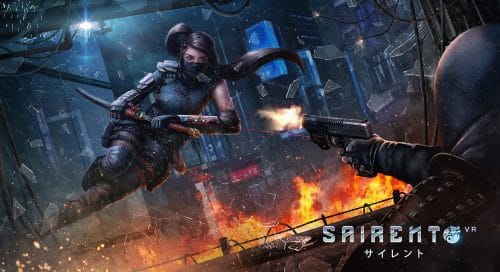 Sairento VR is a Stealth / Action / Platformer that requires planning and precise execution, even on the lowest difficulty settings. Those new to VR will be intimidated by the tutorial; adventurous, low-skill gamers may not have the patience to master its gameplay. The controls aren’t immediately familiar, and the amount of real and artificial movement can feel especially harsh when your headset isn’t tight and entirely in focus.

The locomotion, point ’n click to jump, is relatively abstract. It’s possible to play without a guideline, but it’s harder to get precision; I didn’t find the increased visual immersion worth the loss of precise control. You choose your trajectory in slow motion, and if you crouch, you slip-slide across the floor; often into a bottomless pit.

There are eight unique enemies in this game and a handful of maps; while there’s a significant emphasis on speed, the levels seem like they confine The player. This game is designed around stealth, but it’s hard to be patient when you can double-jump across the map. Every aspect of the game is fun, but it often feels shallow, shaking your hand around to get max DPS with a sword, or mowing down waves of duplicate enemies. There’s only one boss, and fighting him is a chore.

Sairento VR: Untethered is a blockier version of its PC incarnation, but it was never a stunningly beautiful game, so that doesn’t particularly influence the experience. Playing it wirelessly feels superior, especially when playing in a wide-open space. It’s easy to do work-out levels of aerobics in VR when it’s motivating, and Sairento gives you the room to be athletic between thoughtful slow-motion segues. The core of this game is fantastic, and the tricky aspects of locomotion, like sliding and wall-bouncing, feel great.

Sairento’s Main Flaw Is The UI

While the main menu in this game includes dozens of useful options, the UI is incredibly frustrating, especially at the start. The system is convenient for players when quickly changing load-outs, but the tutorial is optional, so I found myself learning the controls through trial and error in the home-base. The menu is intimidating, and the mission layout is unnecessarily complicated. It’s based on a F2P model, with multiple currencies and a lot of visual noise that slows down the gameplay. It’s Sairento’s main flaw. Despite the bonuses you get from gear and leveling up, the moments between its core gameplay feel meaningless, and there are never any surprises.

Somehow, the sense of flow I can achieve seemingly makes up for all of its minor issues.

Despite its cheap hooks and repetitive nature, it’s an entrancing, physically active game without any clear alternative on the Quest. It’s an ambitious game for an indie team, and getting it to work on limited hardware is in itself a technical achievement. There are dozens of design choices that I would change, but they’re easy to overlook. Once you get past the noise, Sairento VR: Untethered is one of the most pleasurable flow states you’ll find in VR.