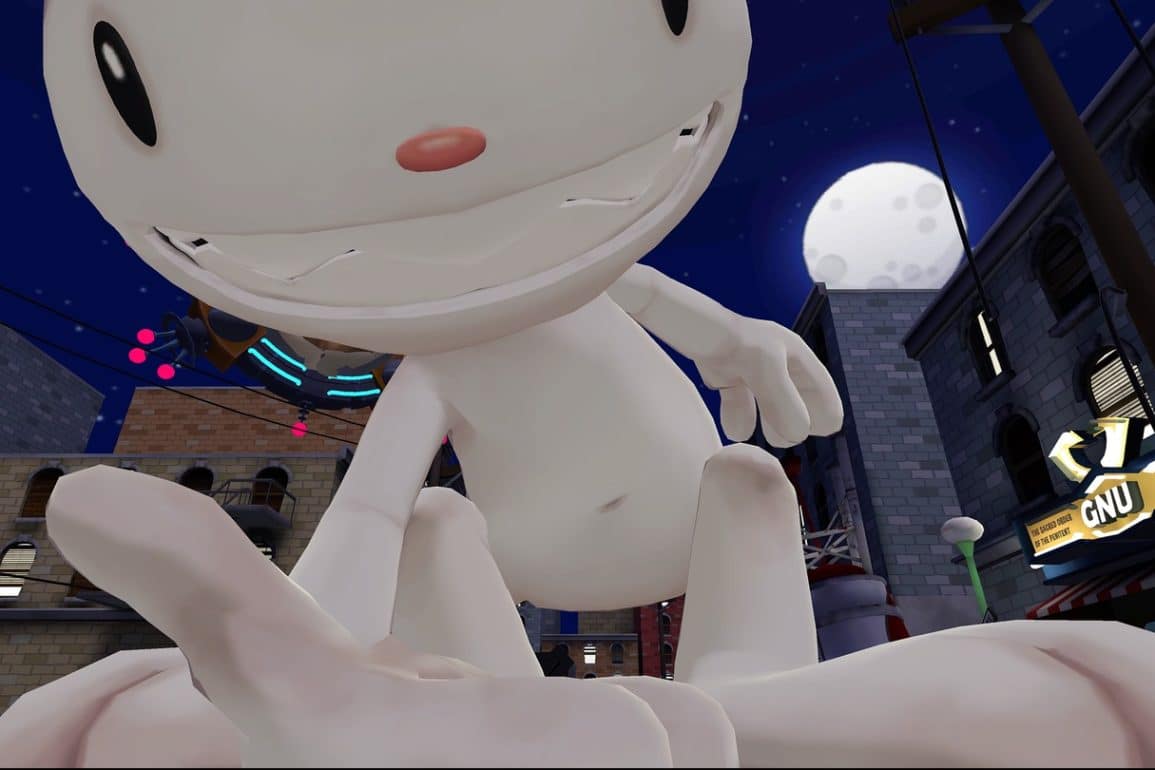 Sam & Max Are Back After A Long Hiatus... 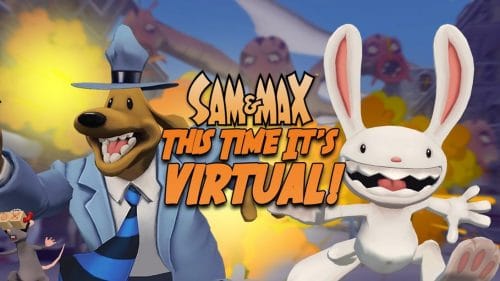 Sam & Max: This Time It’s Virtual is set to mark the return of Steve Purcell’s much-loved Freelance Police. The wise-cracking characters date back to 1987 but were not catapulted into the limelight until 1993 when the critically acclaimed action-adventure classic Sam & Max Hit the Road was released.

Now, almost 30 years later, the team from Happy Giant are bringing back the dog with the hat and the naked rabbit for their first foray into Virtual Reality. Will they successfully slap the stupid grin off the face of evil or fall victim to yet another oversized novelty exploding head? Come on, Lumpy, let’s find out…

I was, and to a degree, I still am a massive fan of the original 1993 Sam & Max game. I was about 12 years old when I first played it. I remember laughing hysterically, painstakingly working my way through the puzzles, and having a great time. This is a particularly relevant point to make at the start of this review because I believe it speaks volumes about the game’s target demographic.

As a weathered 41-year-old, this iteration of Sam & Max seems out of balance with my fond memories of these characters. I mean, yes, I’m swimming in nostalgia, but the pool feels very shallow, and there’s something slightly alarming floating in the deep end. That said, for a new generation of players, this game could well be just as engaging as the original was for me.

Sam & Max: This time It’s Virtual sees the player embody the voiceless “Lumpy”, a new recruit press-ganged into joining the zany world of the Freelance Police. After a brief tutorial that acclimates you to the various game mechanics and the game’s sense of humour, you begin your journey to complete the Freelance Police training course. In terms of plot, this sees you head over to an abandoned amusement park. From a gameplay perspective, this park serves as the springboard for the many single-player mini-games at the games’ core.

It’s dej avu all over again

The game is broken into three chapters, each containing at least one obstacle course and two other sideshow attractions. These include activities ranging from diffusing comedic bombs to a bizarre game of baseball where you attempt to hit gravity-defying soda cans. There’s even a clever little puzzle-based escape room. These mini-games try to showcase a decent variety of mechanics but lack originality and are, for the most part, short, simple, and sadly underwhelming by modern standards.

There are shooting gallery type affairs, but the aim feels off, and the targets aren’t engaging. There’s climbing, but there’s no actual technique and getting over the top almost always feels janky. There are throwing games, which are actually some of the best, but they still don’t feel anywhere near as good as other, more focused games. The only elements that really land are the puzzles, which seem to take their cues from the original game. They are light, both in their demands and their tone, and fit the game well. These were the parts that made me feel like I was reliving some great Sam & Max moments. Had Happy Giant focused on these elements rather than their sideshow attractions, things may have fared slightly better.

Between chapters, some basic narrative levels require you to perform specific tasks to progress the main plotline. These elements seem almost more like a confused attempt at an interactive comic than an actual game. I struggled to see them as anything more than a ham-fisted attempt to indulge in a little more dialogue. Again, while encased within the wit and banter of the Sam & Max IP, it’s broadly bearable. Still, if the exact same game came out without the IP and the charm to back it up, I doubt even the newest newb or the youngest youngster would find themselves hurrying to dive back in.

It’s dej avu all over again

Visually Sam & Max: This Time It’s Virtual hits all the right notes. It is crisp and cartoony, making it easy to suspend disbelief and immerse yourself into the comical folly of the Sam & Max universe. The clean, simple visual style and low-impact gameplay mean that everything renders nicely and frame rates are silky smooth. The only notable exception to this is a single street scene in which littered newspapers render as you walk around. It’s distracting but far from game-breaking.

The sound is fantastic, carried mainly by the tremendous character performances of David Boat and David Nowlin, who expertly deliver the titular characters. The remaining performances are also admirable, keeping pace and tone with both the game, the canon and the lead performers. The rest of the sound design is equally well directed, with every auditory component feeling appropriate and compelling.

Well, that is except for one particular puzzle, which sees a certain song play on repeat for the duration of the time it takes you to figure out. I got stumped for about five minutes, and that song made me want to hurl my headset out the window. But other than that, everything in this department is as it should be.

Is that a naked rabbit driving a Desoto!?!?

By this stage in the review, I have made my peace with the fact that Sam & Max: This Time It’s Virtual has forsaken me and focused on offering the same pleasures of my youth to the next generation. In fact, in an environment where young children are accessing technology beyond their years, I applaud the existence of some funny, wholesome content for them to enjoy. What I don’t understand is Happy Giant’s decision to completely exclude the parents.

The lack of multiplayer options in Sam & Max is a missed opportunity that unforgivably holds the game back from living up to its (albeit stunted) potential. With a focus on quick, quirky mini-games ensconced within lavish amounts of family-friendly humour, the ability to pass the headset back and forth could have bridged the generation gap while injecting some much-needed relevance into the franchise. In fact, the inclusion of some sort of asymmetric multiplayer mode could have been an outstanding addition for a game like this.

There must be countless other middle-aged nerds like me who would love to share the games of their youth with their kids. Approaching Sam & Max as a party game could have been just the right way to do that. Happy Giant had the recipe for a blend of nostalgia and whimsical adventure that could have made for some perfect family fun. Unfortunately, what Sam & Max actually delivers is all of the peripheral components of a great party game, with the glaring exception of one critical thing; the actual party.

Played as it is, Sam & Max: This Time It’s Virtual will be a relatively short-lived affair. Even after getting stuck on one puzzle for quite some time, I was able to complete a run through everything in about four hours. Despite being able to go back into any of the mini-games to better my scores, I have little desire to do so.

Sam & Max: This Time It’s Virtual is a quirky, light-hearted attempt to fuse a series of mini-games into a cohesive experience using broad narrative devices. It successfully delivers the bizarrely entertaining banter that made the original game a success but fails almost entirely at capturing the same magic in the gameplay.

Although some entertaining elements of the classic adventure puzzler are found, these are woefully underrepresented. Rather than a clever, irreverent puzzler like the original, Sam & Max offers a cavalcade of disappointingly executed single-player mini-games. It’s a game clearly intended for younger audiences. While it gets points for the puzzle levels and the charm of the titular characters, the rest of the game showcases how to do many things in VR in a very average way.