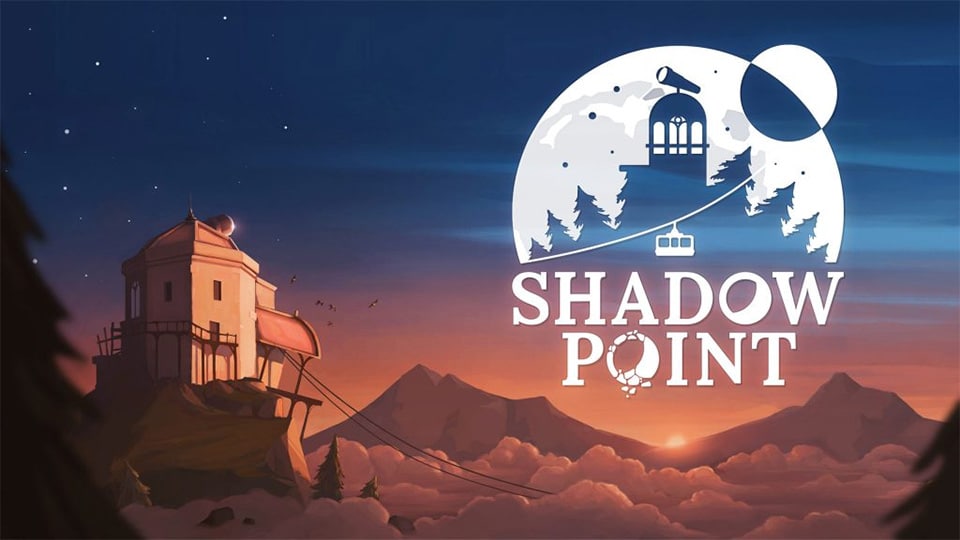 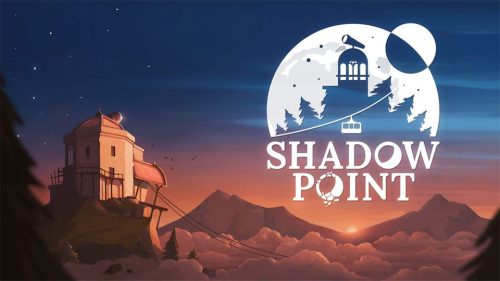 Shadow Point for Oculus Quest was one of the first games launched on the new system, but don’t let our late review give the impression that it should be passed over. Coatsink Software has developed a game that is deep and engaging but not without faults.

Into the looking glass

A schoolgirl, Lorna McCabe, went missing from a field-trip to the local observatory. Search parties were sent but returned nothing, and the detective tasked with investigating her disappearance went missing as well. Many years later, with his journal tucked under your arm, you step into a cable car and ascend to Shadow Point Observatory not knowing what or whom you will find.

The observatory, disheveled and neglected, serves as the hub for the game areas. As you move about the clutter and rubbish that mar the rooms, Sir Patrick Stewart’s voice offers exposition in the form of entries from the journal you’re carrying. He believes the missing girl is still within the confines of Shadow Point but residing in another dimension. Confirming his theory is as simple as activating a machine he left in each room. With the pull of a lever, a section of the wall dissipates and a portal emerges. Stepping through it reveals a world not unlike our own, but twisted and bent and rooted in the fantastical. A girl’s voice echoes from the unknown and your journey into the surreal begins.

A thousand monkeys typing on a thousand keyboards

Billed as a “story-driven VR adventure,” Shadow Point employs voiced narration and cut-scenes to expand upon what is essentially an environmental puzzle game like Myst and The Witness. The premise of the story is interesting and something I think sci-fi fans will latch onto initially, but for a host of reasons it fails to elicit the emotional response it intends. The further I progressed through the game, the more clear it became that the story was crafted around the gameplay and not in tandem with it. Other than a few references that seem shoe-horned in, the narrative and the gameplay are distinct entities that never really find cohesion. In fact, the puzzle elements could be removed entirely and replaced with first-person shooter mechanics and the story would still work with only minor adjustments needed.

The deep and personal story the developers try to convey needs more than the drips and drabs and leaps of logic offered. The meat of the story is given through interactions with Lorna at the end of each area. It’s comprehensible enough, for what it is, but a two-minute cut scene tacked onto the end of a forty-minute puzzle feels disconnected and shallow.

Captain on the Bridge

After completing a level, you’re returned to the observatory to open a new portal and to the dulcet tones of Stewart’s voice welcoming you back with another journal reading. His words are expertly crafted and nearly poetic, lending gravitas to the moment. I’m left wondering why the care and attention paid to this portion of the story wasn’t carried over to the other parts. Perhaps it’s Patrick Stewart himself– the man could make reading the back of a soup can sound enthralling. As more areas are completed, more rooms in the observatory become accessible. However, there is of little substance to the rooms other than the portals themselves.

That’s not a problem, though, because through the portals are where the action is. By action, I mean traipsing around the same area for ten minutes at a time trying to figure out what to do next. There are no enemies in Shadow Point. No weapons to brandish. No time limits or checkpoints. It’s just you, the various objects that are strewn about, and all the time in the world to determine how to use them to advance to the next area.

Shadows are the point

All of the puzzles in Shadow Point share the same objective: Project a shadow onto a surface and manipulate it to match a predetermined shape. For example, shining a light onto a statue of a bird may produce a bird-shaped shadow. However, you may be tasked with producing a cat-shaped shadow using the bird statue. Determining how to move the light or what objects need to be placed between the light and statue to produce the desired shape is the game. Trial and error certainly play a part, but common sense will do most of the heavy lifting. What’s most important is that none of the puzzles are beyond reason.

The puzzles increase in difficulty the further you progress. Some areas are as small as a single room and everything you need to advance is laid out before you. Other times, the area may be a sprawling labyrinth with no immediate solution. How you go about securing the items needed to advance varies wildly, but always adheres to a similar logical theme.

A lot of environmental puzzle games fall victim to straying too far from the initial scope and into the obtuse. Even the granddaddy of puzzlers, Myst, has this problem, where the puzzle at hand has no bearing on the story or the previous puzzles and only makes sense to the person who designed it. That can be frustrating and slow player momentum to a standstill. Not so in Shadow Point for Oculus Quest. The narrative may falter a bit but the puzzles absolutely do not.

Burning down the house

Many times I was unable to solve an area as quickly as I would’ve like to, but in every instance, the fault was mine. I found that if I paused for a moment and thought it out logically, I was able to find a solution. One time I was so perplexed that I shut off the game and went about my business. Later that night while cooking dinner the solution came to me while cutting an onion. With onion stained fingers, I strapped on the headset and solved it immediately. I was so engrossed I continued playing, only to be snapped out of it by the sound of the oven timer. Aside from burning my chicken marsala, I felt like a genius. Shadow Point was often like that. I either felt like a genius by solving a puzzle or felt like an idiot for not seeing the solution sooner.

The only issues I have with Shadow Point are the sometimes ham-fisted story elements and the replayability. Once I finished the game and solved all its puzzles, I felt no need to revisit it again. However, there is a small bit of replayability offered by completing special objectives contained in each level. They’re not needed to finish the game, but they will open up an extra area in the observatory that gives a bit more exposition on the characters. I solved all of these while playing through the main game, but it’s nice to have the option.

The graphics are standard fare for the Oculus Quest. As expected, the environments are made up of low-poly objects and low-resolution textures. Shadows and lighting are either baked in or non-existent, which is somewhat ironic for a game based on shadow and light. However, even with these limitations, Shadow Point for Oculus Quest manages to fill the space well and still look good. There are portions of the game where the world towers above and below, producing visuals that are not only convincing, but at times, awe-inspiring. The graphics are modest, but are employed in an aesthetic that is as charming as it is surreal.

Foley effects and dialogue make up most of the audio. The music is unremarkable and I had to go back to check if there was even music in the game. Of course, there is, but it’s almost entirely atmospheric and forgettable. I don’t think that’s a knock on the game though. The main focus is where it should be, on the puzzles, and the music does a good job of not getting in the way. The sound design does its job but doesn’t stand out in any way, other than one thing I noticed: Sound effects attached to objects have about a half-second of delay. Drop an item and it’ll make a noise… eventually.

Shadow Point for Oculus Quest is an engaging and fun game. The lateral but logical thinking needed to complete each area is a testament to the creativity and cleverness of the developers. The way they were able to explore and expound the simple notion of shadow puppets to such a degree should be commended. Shadow Point is a near masterwork in environmental puzzle games and I highly recommend it to anyone who enjoys stretching their brains in uncomfortable ways. Moreover, Patrick Stewart is in it, and that guy is awesome.

Shadow Point
TLDR : Summary
If Myst, The Witness,and Donnie Darko were blended together...well, that'd be gross but it would taste a lot like Shadow Point.
Concept
8.5
Gameplay
8.5
Graphics
7.5
Audio
6.5
Longevity
8
User Rating1 Vote
8.6
Pros
Narrated by Patrick Stewart
Interesting environments
Great puzzles and lots of them
Cons
Mediocre storytelling
No replayability
8.5
Puzzling
Get it on the Oculus Store
Shadow Point