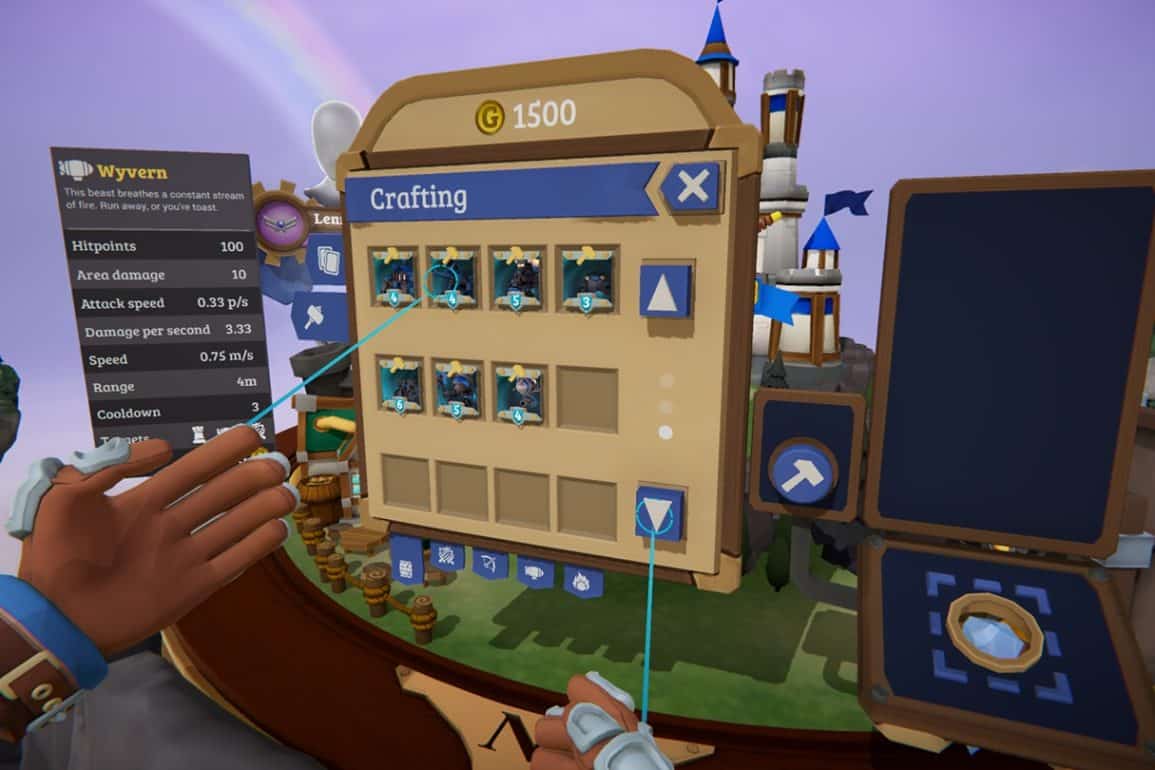 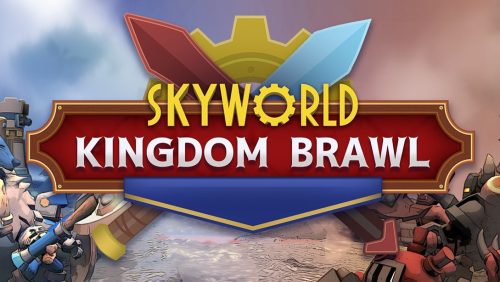 The release of Skyworld: Kingdom Brawl on Quest was more than a little bumpy, and it took two tries to get it right. On September 5th, when the title was first released, it was a mess. The online multiplayer (the game’s most significant feature since unlike its bigger brother Skyworld, Kingdom Brawl has no single-player campaign at all) didn’t work. It led to a draw between players shortly after the beginning of any game, and a Lorem Ipsum placeholder textbox hovered embarrassingly over the main game screen. Skyworld: Kingdom Brawl was not ready, and this disappointed a lot of fans who had bought the game on release, only to find it pulled a few hours later. The game eventually reappeared in the library of whoever had purchased it a few days later, and then, finally, got re-released on September 12th.

Skyworld: Kingdom Brawl is a real-time card fighter. It’s an RTS of sorts, albeit not a traditional base-building one. You have a deck full of units and spells. All of which can be activated (if and when you have enough manna) by placing them on the battlefield. While placing your units, you can guide their starting path by tilting your controller. Once placed, however, you cannot control your units, or influence their actions.

Skyworld: Kingdom Brawl is not turn-based, so as soon as the battle begins, you’ll both frantically plop cards down on the battlefield, and watch as they spring to life.

Units can be single fighters, like the Knight, who’s essentially a ‘hero’ unit, or little squads of soldiers. Once placed on the battlefield, your troops will march along, engaging with any enemies in their path or close enough to fight. If you cast a spell, you get to aim it anywhere you want on the battlefield, aiding your units, or hindering your opponents’.

You each have a castle, confusingly referred to as a ‘general’ (an apparent leftover from the original Skyworld in which the battles occurred between generals, and of which you could have several), and two towers. The final aim is to destroy the other general, but the towers act like buffers which most of your units will try to demolish before heading towards the ‘general’.

Every unit and every building (including your general) has a health bar, so you can always tell how much health it has remaining. Destroy the other general, and you win. It’s one round, and to the victor go the spoils.

Your deck is made up of eight slots. Each slot can contain a unit card or a spell card, and each costs a certain amount of manna to activate. Some, like the humble Swordsmen, cost a measly two points of manna, while the dragons (who the hell doesn’t want at least one dragon?) cost six points of manna each. Manna regenerates at a steady pace, but when you’re under attack, you won’t always want to wait for the heavy hitters. There’s a reason wars require cannon fodder, and your Swordsmen are often just that.

You also have access to eight modifiers that you can apply to cards in your deck. These modifiers provide various advantages, but invariably reduce the health of any units to which they’re attached.

The battle arenas (of which there are twenty, but the differences are mostly decorative) also contain control points, placed midway between both generals. When controlled (by having troops march across them) they launch air balloons that target your enemy. These can yield a substantial advantage when appropriately leveraged.

Buy Me a Kingdom

There are two in-game currencies; Sky points, which you can use to purchase in-game avatars, and gold, which buys you new cards to add to your deck. You earn both types of currency in-game, so you’re not being held hostage by petty microtransactions. Vertigo Games did well here. There’s also a lot of cards to pick from, easily more than thirty, so you really can build a unique deck.

The game is also relatively easy going on new players, giving you some gold even when you lose a multiplayer game. This generosity means that players of all levels can eventually equip themselves with most cards, effectively levelling out the playing field as long as you’re willing to grind a little.

The Brawl Beneath The Sky

Skyworld: Kingdom Brawl is all about the online battles. I can’t imagine most players fighting the AI much, except to learn the ropes before they feel confident enough to compete online. That’s fine because online is really where it shines. You can join one of two clans and compete in regular online tournaments. As an individual player, you’re rated on the global leaderboard, but you’re also rated within your clan. This system makes it easy to see how much you’ve contributed to your clan’s overall score. These are both great motivators for competitive gamers.

Online battles last five minutes each but can go into overtime if nobody managed to secure a clear victory. If nobody wins during overtime, victory goes to the player with the most health remaining.

The graphics in Skyworld: Kingdom Brawl are above average for the Quest, but not mindblowing. Units are not very recognizable at a distance, but you can always move closer to them to take a better look. It’s fun to hurl spells at your enemy’s units and watch them burn, freeze, or get struck by lightning. It’s a blast when you’ve grown familiar enough with the unit types to know precisely how to counter your enemy. Seeing your enemy’s castle (sorry, ‘general’) blow up after your units have pummeled them is also very satisfying.

Unlike games like Racket: NX, both players are silent, and you can only really communicate with your virtual hands. Although this limits online interactions, it also eliminates some of the immaturity often found when playing online. My opponents and I interacted by waving hello to each other at the start of each battle and then giving a ‘thumbs up’ when victorious to signal a game well played.

There’s not much of a soundtrack, with a predictably medieval theme playing softly at the menu screen, and nothing but sound effects and voice prompts when you’re in a battle.

Skyworld: Kingdom Brawl is a fun game that has managed to get past its initial troubled release. With great multiplayer, a basic clan system, online tournaments, and global leaderboards, it’ll keep fans engaged for a long time. At the moment, it’s also the only card fighter and the only real-time strategy game available on the Quest and for most RTS fans that alone will be enough. Priced competitively at $10, Skyworld: Kingdom Brawl is great value for money, and a game you should certainly try out if you have any interest in the genre.