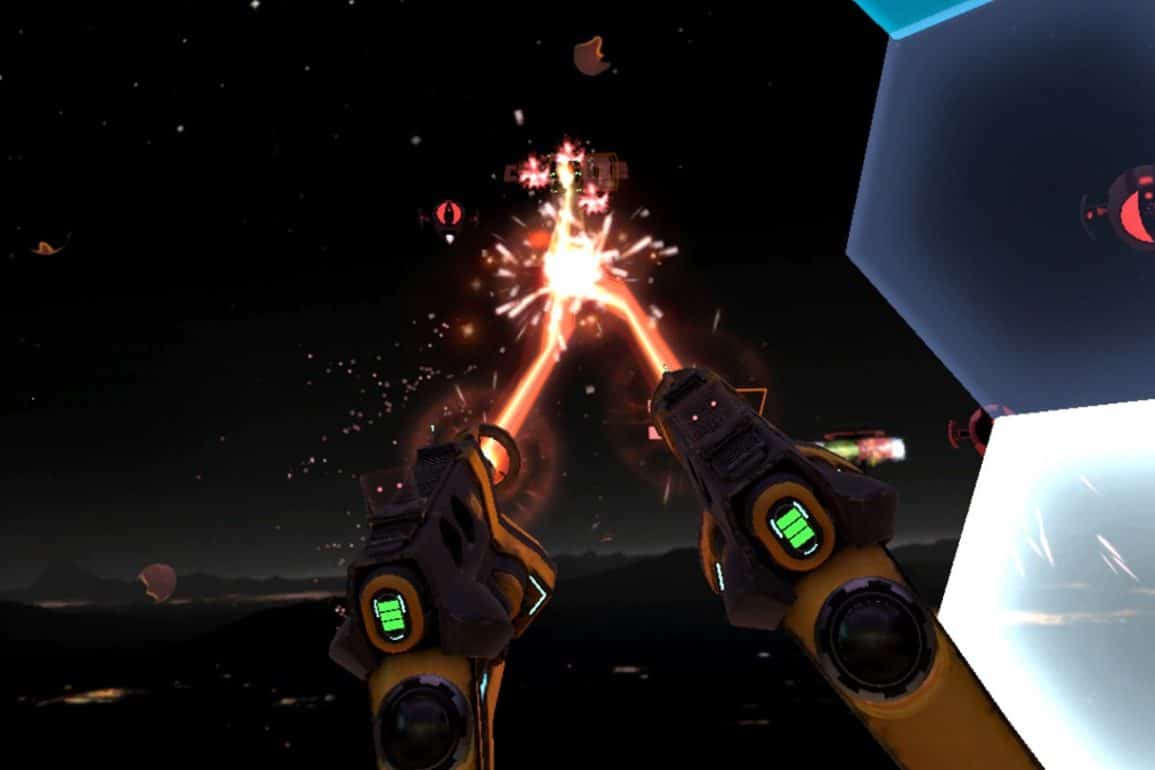 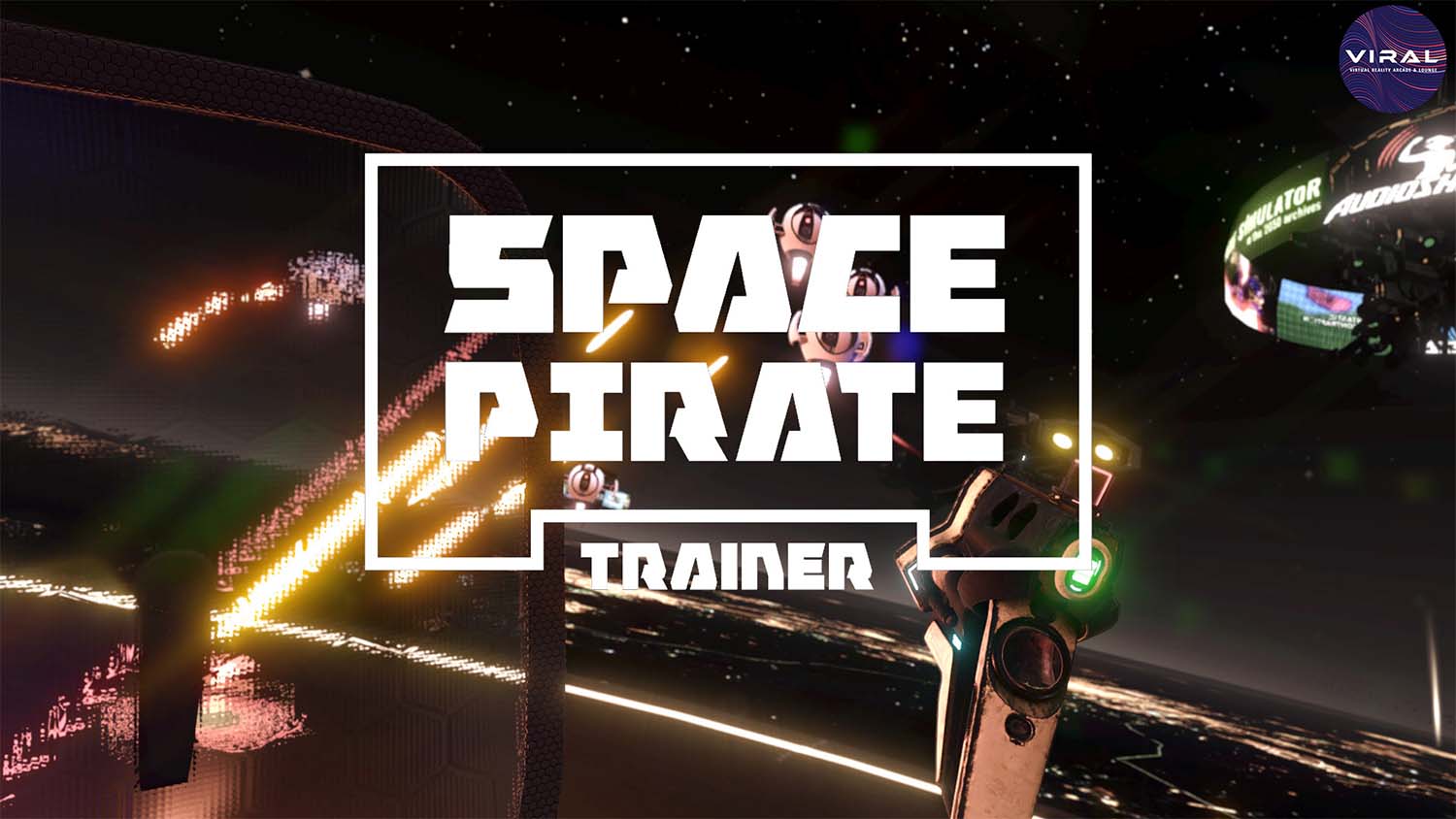 The name “Space Pirate Trainer” evokes some wild, vivid imagery. Will you be playing as a swashbuckling interstellar rogue, firing proton cannons and boarding massive spaceships? Making captives walk the plank by ejecting them out of the airlock? Are you excavating buried treasure on asteroids? Dream on, because you can’t do any of those things in this game. Beyond the combat, Space Pirate Trainer is a limited shooter that lacks imagination.

The entire game takes place on a tall platform in a futuristic city. You can see floating billboards and a ship parked behind you, which hint at a larger world, but there are no other environments to explore. It’s as if the Blade Runner films were reduced to one rooftop view.

Space Pirate Trainer is a game about one thing only: shooting flying robots. I have no complaints about the core shooting mechanics in this game. In fact, it’s an absolute blast to fire your twin laser pistols at swarms of killer robots.

The pistols have six firing modes, which are toggled with your thumbsticks. My personal favorites are the ion grenades, which arc out with one button press and can be triggered with another. Timing these grenades adds a rhythm-like element to the nonstop action.

In addition to the pistols, you can reach behind your back to grab a shield that will deflect laser blasts and can also be transformed into a strange electric whip. This weapon will snag enemies, allowing you to pull them close for a beating or hurl them into nearby bots. It’s a bit unwieldy, and the game could benefit from a dedicated tutorial instead of the few tips and tricks that float beside the main menu.

Space Pirate Trainer lets you select one of four gameplay modes, which can turn off the bullet-time effects or regenerate your health between waves, but it doesn’t make a huge difference. The drones zipping around your head will appear faster and more aggressive the longer you survive. In the end, you’re faced with relentless attacks that offer little in terms of variety, no matter which game mode you choose.

By Doc Neale
In Apps

The shooting and dodging action in Space Pirate Trainer starts right away and never stops, making this a decent purchase for quick bursts of action. It’s highly replayable, too, with unlockable effects, online high score leaderboards, and a high degree of challenge.

It just seems there could have been much more to this game than shooting and dodging. Robo Recall, for example, features an actual storyline, complete with wisecracking robots and upgradeable weapons. The environments in Space Pirate Trainer could be more interactive, beyond a few mounted turrets, and it might be fun to actually step onboard a spaceship as a space pirate.

Like Geometry Wars, a must-have Xbox 360 launch title from over a decade ago, Space Pirate Trainer is instant action with a barebones premise. It makes sense to include a limited demo with every new Oculus Quest, but the full game should probably come pre-loaded instead. If you shell out the extra bucks for the full version, you might be disappointed that all the value comes from similar modes without any story or personality.

Space Pirate Trainer
TLDR : Summary
Space Pirate Trainer is instant action with a barebones premise. You might be disappointed that all the value comes from similar modes without any story or personality.
Concept
6
Gameplay
7.5
Graphics
7
Audio
6
Longevity
7
User Rating2 Votes
8.2
Pros
Solid shooting mechanics
Fast-paced action
Cons
Highly repetitive gameplay
No story line or worlds to explore
Missed opportunity for depth and variety
7
Average
Get it on the Oculus Store
Space Pirate Trainer