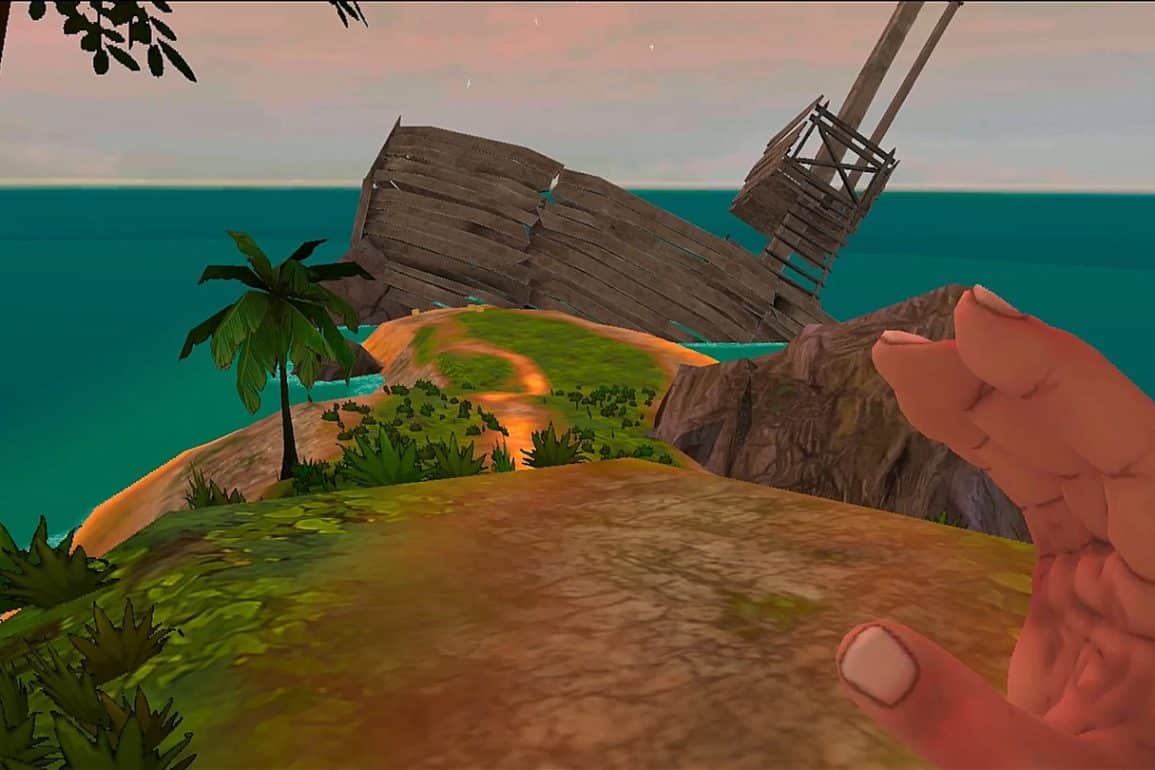 Is He Man or Is He Ape? Tarzan Comes To Quest

Tarzan VR! Who amongst us didn’t like Tarzan as a child? Sure, Edger Rice Burroughs clearly suffered from the White Savior Complex, writing about Tarzan saving Africans and about John Carter saving Martians. However, it was still enthralling to imagine yourself as a lord of the jungle. Tarzan was great fun, bonding with the great apes, swinging through vines, beating up bad guys, and protecting animals and good people alike! So we read the books! We watched the movies! When we heard Johnny Weissmuller’s iconic ululating yell, we emulated it with all the gusto our little lungs could muster!

Surely, all this would make for a thrilling VR game, one might think.

One would, unfortunately, be tragically, heartbreakingly, wrong.

Me Tarzan, You Jane

Remember the horrible prehistoric decades of cheap film-tie-in video games when for every action movie released, a terrible cash-in video game came along? It wasn’t just movie tie-ins, of course. Any IP famous enough suffered the same fate; reliance on the franchise to sell the game to unsuspecting children, incompetent mechanics, sloppy gameplay, and graphics that were at least one or two generations behind.

My Mother Was An Ape

This is all true; you get to do all those things, but what the marketing doesn’t tell you is that no matter which of those things you’re doing, you’ll hate it. You’ll hate it so much that it’s borderline inconceivable that you’ll want to suffer through three episodes of this dreck.

Me Tarzan, Am Telekinetic

The gameplay in Tarzan VR is simple and boring. You move with the left thumbstick, and you turn physically or with the right thumbstick. You can sprint by moving your arms in a swinging motion as though you were running. You are given one weapon per episode, which you can tuck away by clicking the B button.

Swinging across vines is, depressingly, a hit-and-miss affair and can be incredibly frustrating, so much so that I almost abandoned the game at some point because of it. You see, you don’t jump to catch a vine, but click the grab button when you’re close enough to it, at which point it magically stretches towards you, you grab it, and your swinging begins. To catch the next vine, you reach with your other hand and click the grab button again, but the grab action only works when the other vine is close enough, or when some random part of its length is close enough, or when Tarzan VR, in its infinite wisdom decides to make the other vine grab-able. It’s sometimes so finicky that you’ll be swinging idiotically for almost a minute, hoping that the engine might allow you to grab the next damn vine.

Your enemies are mostly copy-paste men dressed in military costumes, and they have all the AI of an old brick. Some of the smarter ones will rush towards you much as you’d imagine a brick on wheels might. However, most will just conveniently stand next to an exploding barrel. You can blow up such barrels with your slingshot because, apparently, metal barrels explode when you throw rocks at them. Bad guys you don’t blow up can be pummeled with your fists. Oh, and you replenish your health by eating bananas and coconuts.

You’re given one unique weapon per episode. In the first episode, it’s an axe. In the second it’s the slingshot, in the third, it’s a long bow. You don’t accumulate the weapons, though, so you can’t use the axe in the second episode, for instance. This makes the ‘mini-boss’ fights unnecessarily difficult, since the slingshot only stuns enemies but doesn’t actually cause any noticeable damage. Still, you can lure the enemies close to a barrel, stun them there, and then blow it up after you gain some distance.

When Tarzan starts, the first thing you notice is the graphics; they’re poor and flat. Rather than being realistic or stylized, the art style is perfectly happy to settle for what I can only refer to as ‘meh.’ They’re supposed to look cartoony, but they’re not as good as those in, for example, Jurassic World Aftermath or Yupitergrad.

The few exceptions to the incredibly dreary gameplay graphics are the Tarzan comic book pages that float towards you when the game first starts. They give a nice pulpy feel to the intro and the mistaken impression that Tarzan VR might hold some promise. Unfortunately, all such hopes are quickly dissipated. The graphics are disappointing, the animations are depressing, and the level design is linear and amateurish. Everything just feels like it’s the end result of a discount Learn To Code weekend workshop attended by somebody who didn’t want to be there.

There are so many ways Tarzan VR could have been better.

The closest I got to actually enjoying Tarzan VR was when I got a chance to recruit a lion, who then ran along with me for a while, and took down some of the enemies, but again, rather than feel that you’re fighting alongside a majestic king of the jungle, the lion was so poorly rendered that it felt like an emaciated beast in dire need of nutrition. This sequence was a good idea and should have felt glorious, but it failed to deliver the graphics, animations, and sound required to carry it through.

Tarzan VR‘s highlight is the licensed audio, but you don’t need VR or a game purchase to hear some nostalgic ululating or voice clips. You can get those on YouTube without suffering through this tedious excuse for a game.

Here’s a little confession. As I write this review, I’ve not finished Tarzan VR. Instead, I have played two-thirds of the game at substantial mental and spiritual cost, finishing Episodes 1 and 2. Of course, there might be some alternate world out there in which some genius game designer god is messing with us. Maybe this sadistic monster of a god has crafted an incredible VR masterpiece and chose to hide it within the third episode of a game that does its absolute best to dissuade you from finishing it. If so, then I’m sorry, dear reader, but that’s a risk to my integrity that I’m happily willing to take. There’s only so much punishment I can take for your sake, and my limit has been reached.

As it stands, I’d sooner stand next to an exploding barrel and slingshot myself to an early grave than continue this particular jungle adventure. This is a game I cannot recommend to anybody, even to die-hard fans of old Lord Greystoke. Who knows? Maybe one day we’ll get a good VR version of Pitfall, but for now, there are many, far better, Quest games you can play.

Tarzan VR
TLDR : Summary
Tarzan VR is an embarrassment to VR gaming, a game that, without its licensed IP, would probably never have found a home on the Oculus Store. It's shoddy, boring, and I never want to hear about it ever again.
Concept
1
Gameplay
2
Graphics
1
Audio
3
Longevity
1
User Rating0 Votes
0
Pros
You can pretend to be Tarzan
Cons
Everything else
1.5
Dud
Get it on the Oculus Store
Tarzan VR