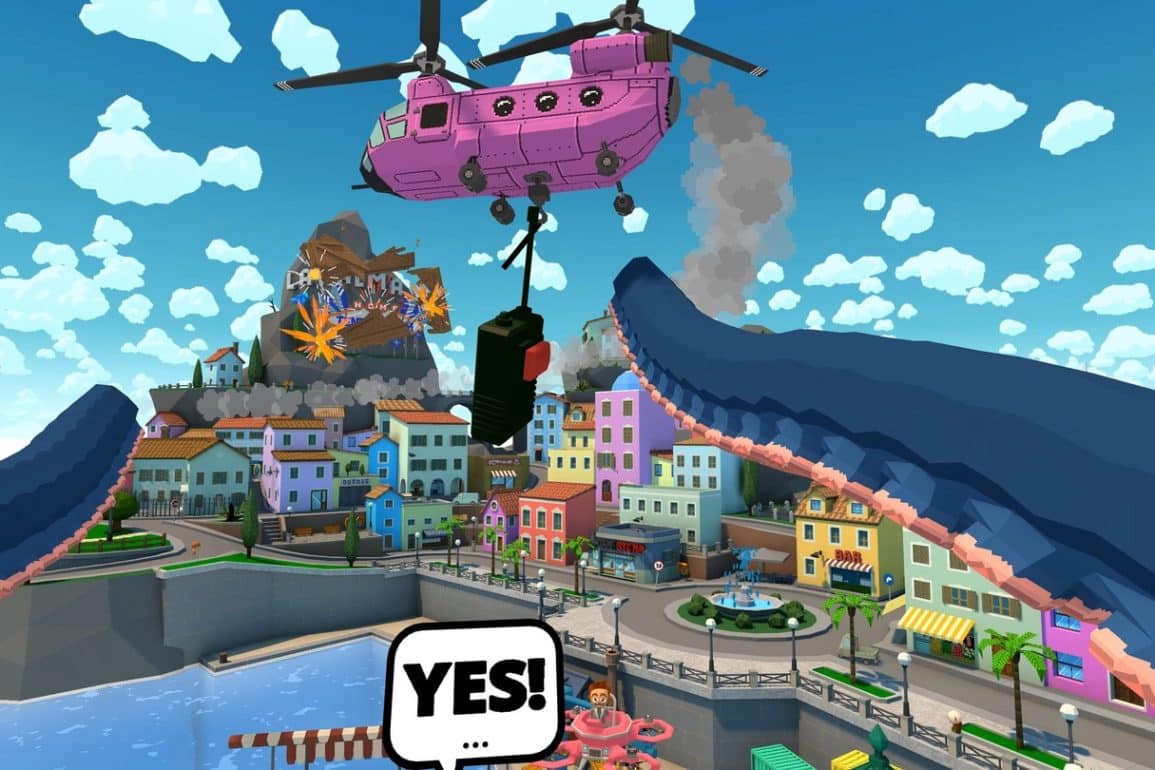 Squid-Based Physics-Based, and Sticky All Over 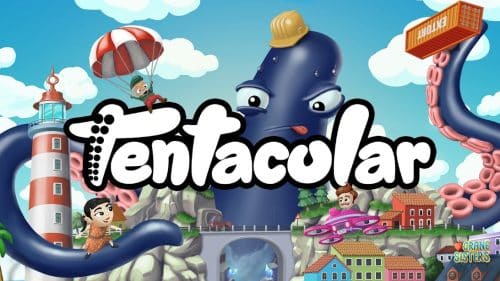 Oh, Tentacular, what have you done to me? You landed on my shore like a giant squid and asked me to love you, and I did. I did love you. You took my time, and I was late for my review, and here I am, finally having finished your tale, completed some of your side missions, and trying to write a review that does you justice without sounding like I’ve fallen for a tentacled monster.

Tentacular is a monster of a game. Sure, you play as a giant squid, but it’s also a far bigger game than you might think by looking at the trailer, wistfully written and voiced by somebody who sounds like a cross between Ian McKellen and John Hurt. You might think it’s a short game made for children, a mini-game compendium or something of the sort, and, having been stung by short, childish V.R. experiences, you might skip it entirely. You’d be making a huge, nay, monstrous mistake.

My Tentacles Are Tentacular

When Tentacular starts, the first character you have to get acquainted with is yourself. Welcome to life as a giant squid. We’ll ignore your eight arms and focus on your two tentacles, a reasonable choice since you only have two controllers, and you wouldn’t know what to do with more. The game quickly familiarizes you with your somewhat stretchy, elastic appendages. You can grab things with your suction cups, throw stuff around, and splash the water like an overgrown squid-child. Right from the get-go, Tentacular does the right things; anything you think you can grab, you can. Objects vary in weight, material, and texture, and their sounds match perfectly. Metal objects clang together. Things splash in a satisfying way when you fling them in the water. Louder when close, softer when away. The world of Tentacular is papable, immersive, and joyful.

As a lone member of your species, your best friend is a friendly island inhabitant who, although human, considers herself your sister. She loves you, fears for you, and makes sure the other island dwellers aren’t afraid of you. Tentacular then starts weaving a great story that I won’t spoil for you, but it starts with you helping out the islanders, finding out more about your origins, feeling torn between two island geniuses who have differing ideas on how you could be made useful and then progresses deeper and deeper until it reaches a satisfying ending.

Terrific Tentacles Are My Turf

If you strip away all the cute characters, the charming gibberish voiceovers, and the storyline, the gameplay involves solving physics-based puzzles. You start by doing relatively simple things; throwing things about, stacking them, learning how to use your huge tentacles with precision and care, and generally just getting…Tentacular.

The game then introduces you to various clever inventions, known by their acronym M.A.G.N.E.T.S., which function, unsurprisingly, like…magnets. However, these particular magnets come in multiple forms, and each form comes in different sizes. Some are circular, some allow for rotations, some are gravity aware and will always remain upright, and some come in pairs linked together. There are other variations, but you don’t want to hear me go on about types of magnets.

Suffice to say that the puzzles in Tentacular are great, and there are a lot of them. Unlike games like Unbinary, which left me unimpressed, the puzzles in Tentacular ramp up perfectly and show off a wonderfully nuanced physics engine. They start nice and easy and become more complex and challenging, and the hardest puzzles of all, requiring intricate architectural skills, are left to the side missions, which you can either play along the way or come back to after the endgame. In this sense, and many others, Tentracular is perfectly designed.

The presentation of Tentacular is superb, and it’s evident from the moment the game loads up. The intro scene sets a huge Tentacular sign in front of you. Around you are various random objects that you can grab and throw around, and two large banners show you the two most important buttons you need to know. Tentacular wants you to have fun, and it makes that clear right off the bat.

The graphics in Tentacular are appropriately cartoony and colorful. Like everything else in the game, they demonstrate that the game has had a lot of love poured into every inch of it. The characters are all unique; if you hear a small dog barking and turn to pet it gently, it’ll whimper in pleasure, and little hearts will float around it.

Tentacular rejoices in V.R., and the joy is contagious. The chapter selection options, for example, are impressively immersive. You click on a shop on the island called GameStomp, and all your previous chapters are available as game cartridges that you can use to replay any of your completed missions.

The attention to detail and the effort put into the game extend to the options screen. Most V.R. games will throw up a two-dimensional layer at you with all the settings available, but Tentacular gives you another scene with switches and levers and an actual mixing panel for the audio.

The sound is equally superb. The gibberish voices of the game’s characters are charming, and the sound effects are good, perfectly utilizing spatial audio. The music is fun throughout, whimsical at times, more foreboding when needed, and exciting when the action ramps up during the game’s final chapter.

In a world of short experiences and V.R. games that sometimes seem like extended demos, Tentacular is as generous as it is loving.

Despite getting the game a few days before it was released, Tentacular took a lot longer to complete than I had expected. It took around 8 hours to complete the game, and that’s with me skipping some side missions so I could finish the game and write this review. I also enjoyed it so much that I refused to rush through it and burn myself out on it. Don’t let your prejudices put you off this game. It is cute, but it’s challenging. It is whimsical, but it’s a complete meal. It sells at full price but is worth every penny unless you just don’t enjoy solving physics-based puzzles armed only with your wits and huge towering tentacles.

Tentacular is a class act, pure and simple, and Firepunchd Games should be commended and recognized for putting out a fantastic game with a lot of heart and incredible polish that reaches into every nook and cranny of the title, including the credits sequence.

With great graphics and sound, a heartfelt narrative with some pop-culture references thrown in for good measure, Tentacular is a must-have for any fan of puzzlers and an excellent experience for V.R. games of all ages. Stop thinking about it and exchange some of your money for a delightful set of tentacles!