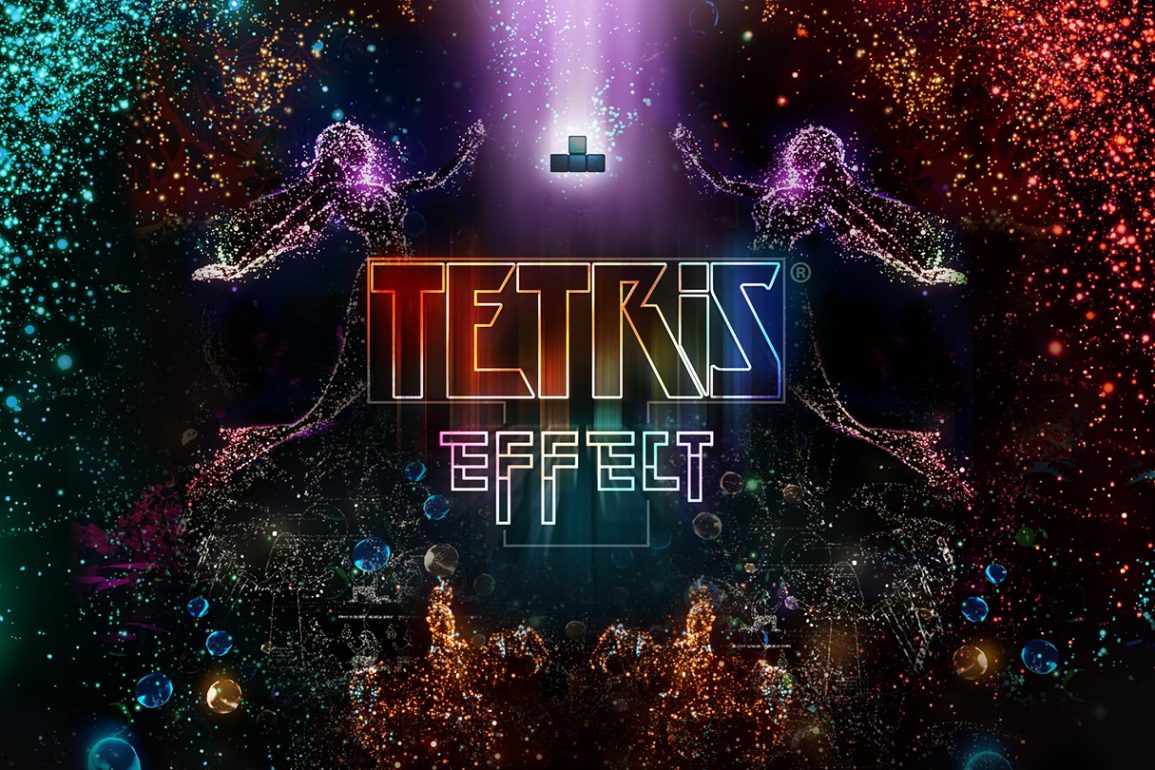 A Flawless Classic Comes To VR 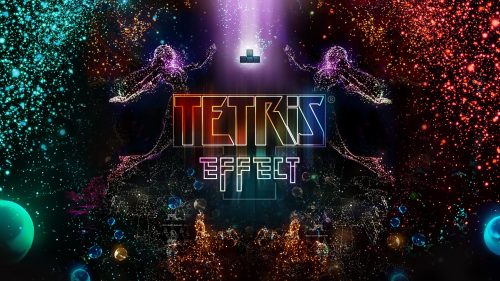 Tetris is possibly the most recognisable videogame of all time. Almost everyone on the planet has played some version of it or other. Most videogame journalists have probably written this self-same intro a hundred times over. Will Alexey Pajitnov‘s eternal puzzler make the four-line slam dunk in VR?

HIP TO BE SQUARE

Tetris Effect, of course, isn’t just Tetris. It’s Tetris filtered through the creative and fertile mind of Tetsuya Mizuguchi, the architect of Rez and Lumines. If you’ve heard of those games, there’s a good chance you maybe love them, and you’ll be immediately be excited by this. If you haven’t, you should treat yourself and play them. If you want a hint at what Tetris Effect might hold in store for you, then you could actually do a lot worse than check out the teaser trailer released at E3 back in 2018. To my mind, it is one of the greatest game announcements of all time. Suffice to say that the fusion of the immediate and timeless brilliance of Tetris’ core gameplay and the synaesthetic wonderment of Mizuguchi’s vision results in brilliance.

MY GOD, IT’S FULL OF BLOCKS

The core of Tetris Effect is the same as the original 1984 game. Same grid, same shapes (it feels wanky to call them ‘tetraminos’ so I’ll avoid doing it), same mechanics. It adopts some of the more recent gameplay additions, like the ‘swap pocket’ to keep a piece in reserve, and the way shapes can be moved around quickly after placement. The most significant change, however, is the addition of the Zone mode, which can be charged by scoring points in the usual way and filling up the Zone meter. It’s a nifty game-changer, which lets the player freeze the playfield temporarily, and stop completed lines disappearing. This enables some massive scores to be obtained by completing more lines at once than would usually be possible with ‘normal’ Tetris gameplay. It also helps the player to escape some tricky situations should it come to a game-threatening misplaced block or three.

To talk about Tetris Effect purely in terms of its (admittedly perfect) gameplay, however, would be to do it a huge disservice. Nothing can really convey just how utterly transcendental the game is rendered by its presentation. The primary ‘Journey’ mode presents the Tetris grid in a series of discrete but connected surroundings, made up of particles and stars and abstract interpretations of certain themes or settings. The better the player does at the game, the more the levels grow and evolve in audio-visual layers, music and sounds, and extraordinary graphical effects coalesce and form ever-greater patterns. This is a game which sets out to replicate and bolster the sensory phenomenon of synaesthesia through gameplay; Tetris as an act of meditation and a tinderbox for the imagination – and it achieves this, impressively and totally.

All this happening around you in VR feels a bit like being plugged directly into the universe. The gameplay feeds the environments, which then creates a perfect loop of stimulus, feedback and concentration. Lawnmower Man be damned – this is the good stuff. The more you experience these journeys, the more you will want to unlock them all. You’ll want to get better at them, let the layers of beautifully animated and scored art wash over you. Each level has a specific feel, a particular BPM, and some of them get quite tricky as the new blocks appear quickly, and the score threshold raises exponentially. Meet its challenges, and the rewards are rich and fulfilling.

THE QUEST IS THE QUEST

I’ve played the PSVR and PCVR versions of this game at length, and the Quest version is as good as it could possibly hope to be. There’s a bit of aliasing on the low-resolution text, and the initial load time is weirdly long. The mind-buggering presentation of the other versions is present and correct, which really is the main thing. The only whiff of real criticism or proviso that I can offer up, really, is to do with the Touch controllers themselves. Analogue sticks have never really been the ideal control method for Tetris generally. As the Quest doesn’t have a D-pad of any description, it’s the sticks or nothing. However, the controls are every bit as good as they could possibly be given that and are soon adapted to. It’s certainly nothing to stop you enjoying the game to its fullest.

Released at a perfect time, with many of us struggling with the confines and uncertainly of lockdown due to COVID-19, Tetris Effect offers up a transportive, accessible and all-consuming slice of puzzling. It’s a pure escape to another dimension.

Tetris Effect
TLDR : Summary
Tetris Effect is a flawless, technically incredible re-imagining of Tetris as a sensory dreamscape journey, which is not only mechanically solid and a damn good game, but one of the best examples of games as an entirely original art form. As good as games get - and a completely essential Quest purchase.
Concept
10
Gameplay
10
Graphics
9
Audio
9
Longevity
9
User Rating2 Votes
7.5
Pros
Completely beautiful graphics and audio
Perfect use of VR
The best Tetris game
Cons
Analogue sticks not ideal for Tetris
9.5
Effecting
Get it on the Oculus Store
Tetris Effect