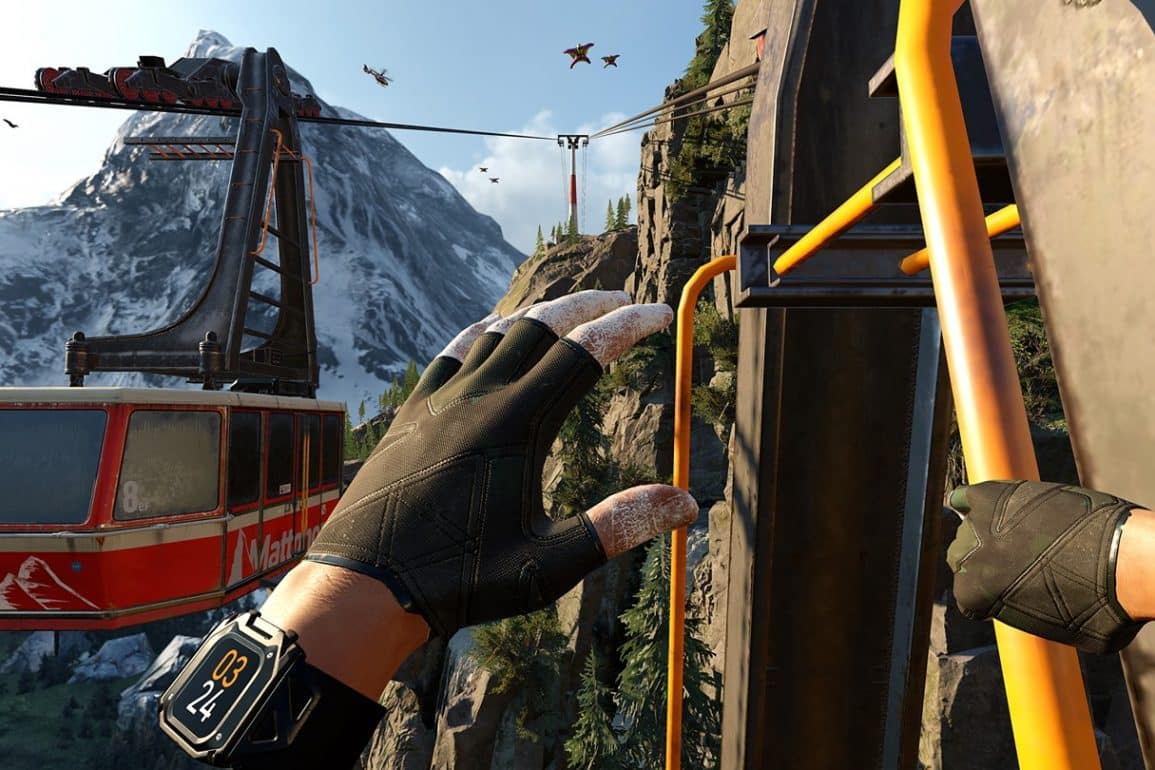 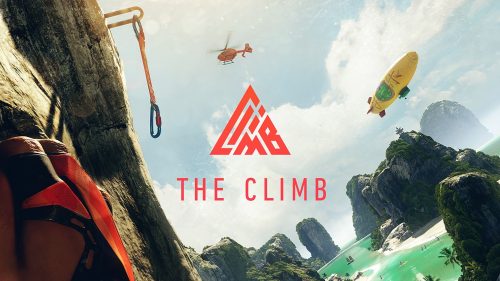 Launched recently on everybody’s favorite untethered VR set, The Climb came to the Oculus Quest with a lot of buzz and amid almost fevered anticipation. Fans of the game who had played it on PCVR couldn’t wait to play it with full wireless abandon. I am not one of those people. I’ve never played The Climb on PC and was excited to try out what was to my mind, primarily, a Crytek game. I’ve always been a fan of their CryEngine-demonstrating Crysis games, and couldn’t wait to see what they’d be able to squeeze out of the Quest.

The Climb, as the name implies and in case you’ve been hiding under a rock for more than three years, is a virtual reality free-climbing game. You’re given three environments, with several climbs each, and your goal, always, is to reach the top.

ONE HAND AT A TIME

The Climb’s mechanics are well-considered and clearly explained in the tutorial that greets you when you first start the game. Every rock you climb has ‘grip-able’ surfaces marked in white. You can grip those with your hands and pull yourself along as you traverse the rock and find your way upwards, going from one grip-target to the next. Each arm has a stamina bar, shown by a band around your wrist, the farther away your hands are from your body, the quicker those stamina bars deplete.

If the hand holding you up runs out of stamina, you lose your grip. If you lose your grip, you fall to your death. How quickly you lose stamina is also determined by how well-chalked your hands are, and you can re-chalk your hands whenever you want. You can make leaps the way you’d expect – by gripping hard, pulling back, lunging towards your target, and letting go – but make sure you grip something at the end of your leap or…death. As you climb, you run into snap hooks that act as checkpoints.

When any climb starts, you find yourself on a small, wooden platform. There are three more of those, marking your progress up the climb and indicated with large flags; A, B, and, your final destination, your top-of-the-world-ma moment, C.

The Climb does a lot of things right. The graphics are great for the Quest, despite going for a realistic look, which is usually the platform’s Achilles Heel. The fixed foveated rendering does mean that you’ll notice a difference in quality between the center of your vision and the periphery. Still, it’s not too much of a distraction. More noticeable is that although sometimes the environments are animated, sometimes they are not. I heard the sound of rushing water on one map, only to turn around and see a frozen waterfall, suspended in time. Another, closer and smaller waterfall on the same map was animated. In general, things that are close look quite good, things that are farther away are blurry and much less impressive. It’s an understandable compromise, given the Quest’s mobile processor, but one that might disappoint PCVR fans of the game with higher expectations.

Crytek must also be commended for making the title Cross-Buy, so if you have it on PCVR already, then you already own it on Quest, and if you buy it on Quest, you’ll be able to download the higher resolution version and play it via Oculus Link.

The audio isn’t particularly noticeable, but, I daresay, that’s sometimes a good thing. The sound effects are spot-on, the wind buffets around you and the sound of your breathing indicates how you’re doing on stamina, you hear a helicopter approach, and the directional cues guide you as you turn your head around to see it fly past. When you reach the top, you let out a somewhat over-acted Woooohoooooo, but it’s all in good fun. The music is calming without being annoying. Where the game excels is the different gripping animations. Your hands show a solid grip when you’re holding on to the rocky surfaces, and your fingers don’t clip through the rocks. It sounds like a small thing, but it lends the virtual world a concreteness that other games (I’m looking at you Espire 1) lack.

When the game excels, it feels great. It’s almost as if you’re playing Assassin’s Creed (at least the climbing parts) in first-person virtual reality. You get into a good flow (which is worth points), and into a sort of zen-mind, plotting your path in real-time as you move from grip point to grip point. You do so while trying not to waste too much time soaking in the environment so that you can still score well on speed.

THE CLIMBER FROM KRYPTON

The biggest issue I had with The Climb is that, despite simulating what must be one of the most physically demanding pastimes I can imagine, it’s effortless. The Climb’s web site has interviews with professional climbers, all raving about the sense of immersion the game provides. Now, as I’ve mentioned above, the excellent graphics, the sound of rushing wind as you’re climbing, and the tactile feel of the gripping animations all help create this sense of immersion.

By Tim Wilson
In Games

Where it all falls apart, however, is how supernaturally powerful you are within the game. I can grip a rock with one hand, and stretch my arm to the limit, putting the mountain an entire arm’s length away from my body as I hover for a few seconds. Sure, the stamina counter runs out, and this is reflected in the strained breathing audio that accompanies that. However, it’s still uncanny to the extreme. Nobody is that strong. Crytek have done a great job, translating a grueling task into a well-presented experience, but it almost feels as though they’ve bitten off a little more than they can chew and have crashed into some wall of credibility that a more arcade-like experience could have avoided.

This might sound like I’m droning on about something that isn’t the game’s fault, but it does affect the immersion and is something that perhaps could’ve been avoided with a less lenient implementation of the stamina system. It just makes no sense to me that a rock-climbing game is somehow less of a workout than Beat Saber, Racket Fury, or the recently released Pistol Whip.

The Climb motivates you in various ways. You earn achievements and win progress rewards, unlocking gloves, wristbands, and watches that you can apply to your hands. It has online leaderboards, so you can compare your speed to that of your friends and other people. When you reach the top, you’re awarded fun animations; eagles fly by, a squadron of jets performs some acrobatics, etc. They’re nice visual touches, and they make you look forward to what comes next.

The Climb is a fun title, very well-presented. It’s a well-polished experience from head to toe, and in some ways, helps broaden expectations for what the Quest can do. The feeling of immersion it creates is only broken by some design decisions that make you far more powerful a climber than realism would allow.