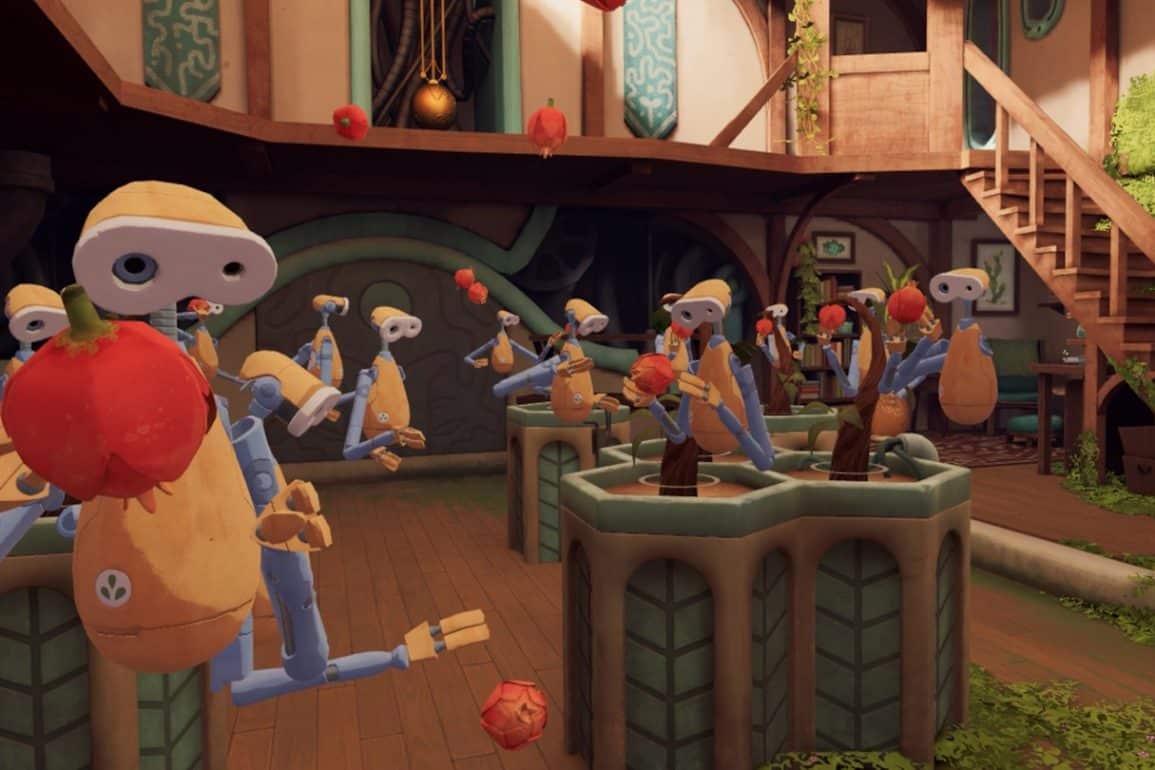 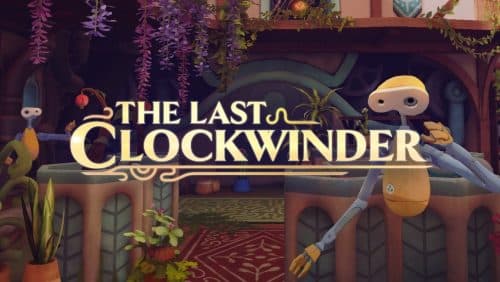 I was intrigued by The Last Clockwinder the second I saw its trailer. Solving puzzles by cloning copies of myself and cooperating with them!? I’m in. Great art style? I’m double in.

Sure, the premise has been used in video games before, but not that often, and it’s a great gaming mechanic that forces you to think of yourself as a collection of you’s collaborating through time.

In The Last Clockwinder, you’re tasked with working a tree, essentially turning levels into functioning farms by using clones of yourself to do the farming, harvesting, and combining.

As you build your farms, the game’s world and its characters’ stories are told through dialogues on the intercom system and tape recordings found throughout the level. The story isn’t bad, but relying exclusively on voice recordings with no visual support makes it less than memorable. The short end of it is; that you have to unlock the tree’s full potential, and you do that by farming, farming, farming!

MY NAME IS ECHO

So you start up a level, figure out what fruit or combination of fruits it needs to produce, you plant the necessary seeds, and start building your little clone machine; recording one clone picking the fruit and throwing it towards the delivery chute, another clone to catch it if the throw isn’t perfect and pump the delivery chute’s lever. Your clones loop your recorded actions, and you can switch between three different loop lengths.

Once you’ve recorded enough clones for a level to run unassisted, it will continue to generate output for you no matter where your avatar goes. This means that all the levels that you’ve made productive will continue to contribute to your total yield as you strut about, listening to audio recordings and solving new rooms.

Yes, But Are They Identical?

The Last Clockwinder plays most of its cards right. The game design is perfect for VR, with your physical actions being the basis for the copies you leave behind and the simplicity of the controls eliminating most interface friction.

The core gaming mechanics; recording clones, changing loop length, catching, cutting, throwing, and grabbing, all work flawlessly. My one gripe with the controls is that, for some hellish reason, the game’s menu is mapped to the A button on the right controller. You’ll see that menu far more often than you intend, especially since the B button is mapped to your seed pouch. I hope the developers watch this review and reverse the mapping of those two buttons!

The graphics in The Last Clockwinder are great and perfectly suited for the Quest. They’re stylized yet still quite detailed, with nice clean textures, and the art direction throughout is on point. The clones are well designed, and the whole game has a steampunk vibe that lends additional charm.

The audio is generally good all around, with some good voice acting, but the real problem here is that the audio is given far too much to carry alone. All the exposition happens through the voice acting, with no visuals, no cut scenes, no comic strips, and no flashback levels. Without some visual or virtual props, I sometimes found myself inattentive when playing expository recordings.

By Doc Neale
In Apps

There are some issues with The Last Clockwinder, and I’m sure the first one you’ve all noticed is the lack of smooth locomotion. My first impulse was to say that it doesn’t matter in a puzzler. But here, there’s a problem; the game allows you to record yourself moving through room-scale space but will NOT record a teleport. Playing room-scale in a large area gives an advantage since you can record yourself performing serial actions at more than one station instead of relying on a new clone for each. To balance this out, the developers need to allow smooth locomotion and teleportation recording for clones.

I had a great time playing The Last Clockwinder, and the mechanics are fun enough that I can imagine diving in again just to see how much I can optimize my solutions to the levels. It’s the game the trailer promised, but the more I played, the more I was disappointed that it wasn’t much more. I’d have loved to see the core game mechanics brought to different settings and with different kinds of problems to solve. I want a better story and far more immersive ways of telling it.

To be fair, there were a couple of levels with unique non-farming puzzles, those revolved around activating the machinery installed inside certain rooms. Those provided a welcome but far too rare change.

With great core mechanics, a fun concept, and a great art style, The Last Clockwinder is weakest at scope and exposition; it’s a good game and a fun puzzler if not the must-have title I’d hoped it would be.

The Last Clockwinder
TLDR : Summary
With great core mechanics, a fun concept, and a great art style, The Last Clockwinder is weakest at scope and exposition; it's a good game and a fun puzzler if not the must-have title I'd hoped it would be.
Concept
7.5
Gameplay
8
Graphics
8
Audio
7.5
Longevity
7
User Rating0 Votes
0
Pros
Cloning mechanics make great use of VR
Great graphics and intuitive controls
Cons
Forgettable narrative
Little diversity in puzzles
Can't record teleportation movement
7.5
Fruitful
Get it on the Meta Store
The Last Clockwinder