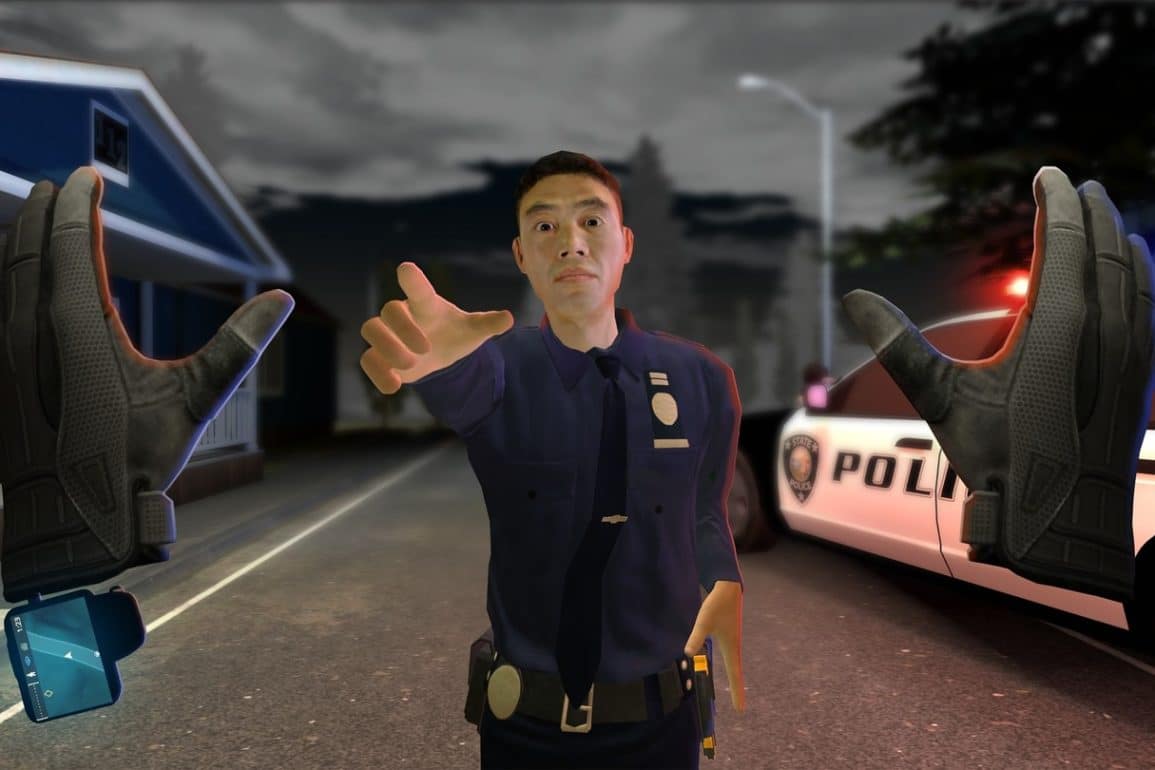 But Is It Theft? 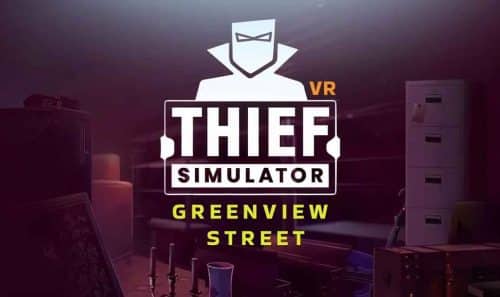 Thief Simulator VR: Greenview Street is the latest in an ever-growing list of games ported into VR from the flatscreen realm.

Originally released on PC in 2019 with console ports following a year later, it’s been a long road to the Quest for this stealthy crime-em-up, but has it been worth the wait?

Thief Simulator VR starts with a brief tutorial to help you get to grips with the basics of gameplay and allow the player to adjust other settings to their preference.

Controls are set to smooth motion by default, but other options are available to suit your comfort needs.

During the training mission, you’re introduced to the concept of breaking into houses to pick up objects and stow them in your backpack or, more often than not, drop them on the floor behind you.

There are other instances, like grabbing a window ledge to climb through or adding and removing items from your tool belt, where the implementation in VR is a bit flakey, but the concept of reaching over your shoulder to drop something in your swag bag is completely broken and a constant frustration.

Following the simple intro, you’re thrown into the impressively grimey life of a petty criminal.

Job one is a rudimentary brute force entry and burglary of an empty house. But it’s not long before your handler, Vinnie, is on the phone with a steady stream of increasingly complex tasks; case a joint before entering, don’t be seen by the neighbours, fence the goods, etc., etc.

Executing these tasks forms the bulk of the gameplay, but some variety is offered through the occasional lock-picking mini-game and driving section.

Once the core gameplay is down, things get more in-depth with new tools and skills to unlock to make your miscreant life a little easier.

Where Thief Simulator on PC and Console was a decent, if unspectacular-looking game, the Quest version doesn’t even deserve to be damned with that same faint praise.

Textures are flat, lighting is basic, the draw distance is the most criminal thing about the whole experience, and the audio is so forgettable that I had to go back and play the game again just so that I could refer to it in this section of the review. In some circumstances, it serves the game well enough. During lock-picking, for example, it adds noticeably to the task’s tactility, and despite Vinnie’s voice actor being lumbered with an incredibly cliche character, he does his best to bring it to life.

Elsewhere the sound just barely offers enough information to get by, and while music wouldn’t align with the ‘realistic’ nature and intent of the game, it would have benefited the atmosphere immensely by offering short incidental pieces at critical moments.

The significant issues with Thief Simulator on the Quest can be summed up with just one word: Jank.

Don’t get me wrong, janky games aren’t always bad, and jank can even add an endearing quality to them. Countless mid-tier games overcome an abundance of roughness around the edges with interesting, original, or just plain fun gameplay – it could even be argued that the PC version of Thief Simulator falls into that category.

Unfortunately, in its translation to VR, the game has accumulated so much additional jank that it becomes a huge barrier to enjoying the core mechanics.

This is perfectly encapsulated in the way that the fun idea of driving between various ib game locations is rendered unplayable by the horrible implementation of the in-car controls.

The Quite Long Good Friday

Despite other shortcomings, the game offers a decent amount of content. If you can get to grips with its idiosyncrasies, you’ll be looking at a good few hours of play for your £15. Although I didn’t enjoy it enough to get to the conclusion myself, it is reported to take most players a good 9 or 10 hours – which is undeniably pretty good value if sheer quantity is your yardstick.

Once Upon a Time in VR

It’s a real shame that here we are in late 2022, and games like Thief Simulator are still abundant not just on Quest but in the eternity of VR.

With prices on the rise and disposable income at a premium, the platform needs a ‘killer app’ more than ever before – and instead, here we are with yet another port from the pre-VR era and, worse still, a port that played better in its original format.

Thief Simulator VR is an OK game if you can look past the jank, and it isn’t the developers‘ fault that so many lacklustre games have preceded it. Nevertheless, I find it incredibly hard to recommend a game so lacking in polish that its regular failings far outweigh its inconsistent qualities.