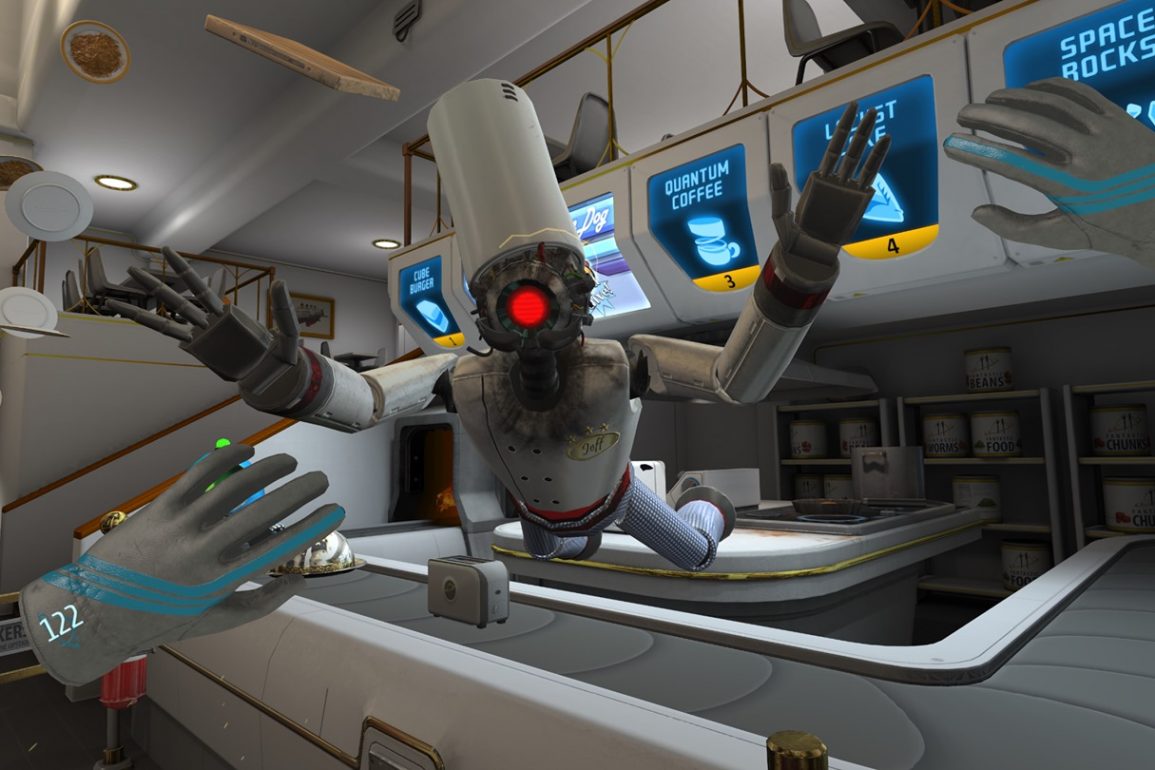 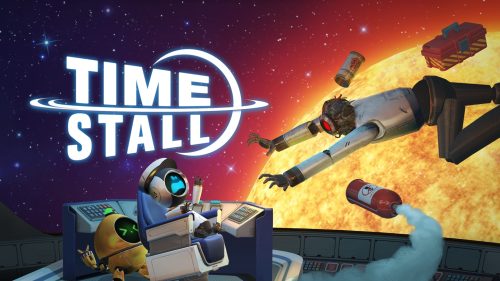 It’s the apocalypse! The Earth’s fate has been sealed. But don’t worry, we have an escape; A crowdfunded vessel, The Fantastic Leap! As the human race’s last resort, this mega-ship will take us to our new home, Tera Prime. As the only human amongst an entirely robotic crew, it’s up to you to keep the ship safe using the Time Stall, a unique tool that allows you to freeze time, if only for a short duration. You, along with the ship’s AI, are the only hope of completing this journey and saving the entire human race.

During the long voyage to your new home, you accompany the ship’s captain, a fumbling yet lovable robot, and his crew of minion-like companions. As the game starts, you’re introduced to a few key issues.

First, your captain seems entirely incapable of navigating this ship safely to its destination. Secondly, there’s a malfunction in the first scene that causes the majority of the ship’s robot crew to turn rogue. There’s trouble around just about every corner it seems. Each “mission” is a disaster scenario in which you must solve puzzles and manipulate your surroundings to save the captain and his crew.

Your options are surprisingly varied, from diverting projectiles to blowing up rogue robots or using the vacuum of space to your advantage. To “beat” the level and move on to the next, you must at least save the captain, but if you want to properly complete the level, you must also save his two robotic companions. This is what makes the levels challenging. I found myself playing most missions at least five to eight times before I got it right enough to be satisfied with the outcome.

Time Stall is strictly a linear puzzle game. So if you’re not into those, be warned. That said, the developers have created a unique experience that takes the genre and evolves it. Taking advantage of time’s frozen state is a thrill and really did make me feel like Quicksilver in X-Men: Days of Future Past.

At the beginning of each mission, you see a scenario unravel in real-time and then just as things are about to go from bad to worse, you guessed it, time stops. This is when you take over, trying to set things up so that disaster is averted when time resumes its normal flow.

I was surprised at how many objects in the game you are free to manipulate. This flexibility makes each level particularly fun as there are countless different ways to save the day. You may see a bullet heading towards the captain and have to find a way to divert it. Or, maybe there’s a bomb about to go off! Do you try to disable it? Or, do you try and relocate it to a safer area? The multitude of options makes it challenging and enjoyable, and if you enjoy experimentation, does add some replayability.

For locomotion, you have the standard options of teleportation or traditional movement using the analog sticks. Optionally, you have the ability to use true room-scale movement. If you have a 6.5ft x 6.5ft play area, you can simply walk around each level, ignoring the movement methods altogether. This is the preferred option since it adds an extra layer of realism to the entire game and really helps sell you on the whole speedster experience.

The world of Time Stall is surprisingly real. Everywhere you look, you find deep attention to detail. From the lights and shadows to the screws holding down the decking, everything feels just right. The physics are exaggerated, but credible and add a lot to the immersion.

Visually, the game runs incredibly well. Throughout my entire playthrough, I never noticed any tearing or frame dropping. As previously mentioned, most of your environment is tactile and movable. Just about every object in the game can be used to complete your mission.

Whenever time freezes, a new set of soundtracks take over and, I have to say, they are fantastic. The tracks are operatic but with an eerie twist that evokes a sense of urgency. Not to beat a dead horse, but again, the physics, the movement, the music, all call back to that awesome kitchen scene from X-Men: Days of Future Past. When it finally clicks, and you figure out how to solve a level, moving around it with certainty, and placing things just where you know they need to be, Time Stall makes you feel like a true superhero.

This, unfortunately, is where the game disappoints. I was surprised to find myself at the end of the game after only about three hours or so. Despite an action-packed ending, it still didn’t feel quite right, like there was supposed to be more. I truly wanted more time out of Time Stall. That said, the developers did build in some replayability, limited though it may be. Each level can be solved in many different ways, which, as noted above, automatically adds some replay value.

After you complete the game, other challenges are also unlocked for each level. But, they are still the same levels. And there are only eight in total. You’ll need to decide if that is enough for you or not. It’s also worth remembering that it’s only priced at $14.99 – so even though it’s a short game, it’s priced accordingly. With any luck, maybe the Force Field Entertainment will add levels to it, much as Schell Games have lately done with I Expect You To Die.

If you enjoy puzzles, Time Stall adds a unique twist to the genre and is absolutely a blast to play. Despite its short duration, I found the game immensely entertaining and quite challenging. Running around like Quicksilver heroically saving the day is just as fun as it sounds. It’s up to you to decide if it’s worth the price, given the game’s length and limited replayability. All in all, good job to Force Field for making something unique to the Quest in every way.

Time Stall
TLDR : Summary
If you don't mind the fact that it's a bit brief, Time Stall is a fantastic puzzler with a unique twist that truly makes you feel like a superhero.
Concept
9
Gameplay
9
Graphics
9
Audio
8
Longevity
7.5
Pros
Fun Concept
Likable Game Characters
Good Level Design
Cons
Too Short
Too Damn Short
8.5
Heroic
Get it on the Oculus Store
Time Stall