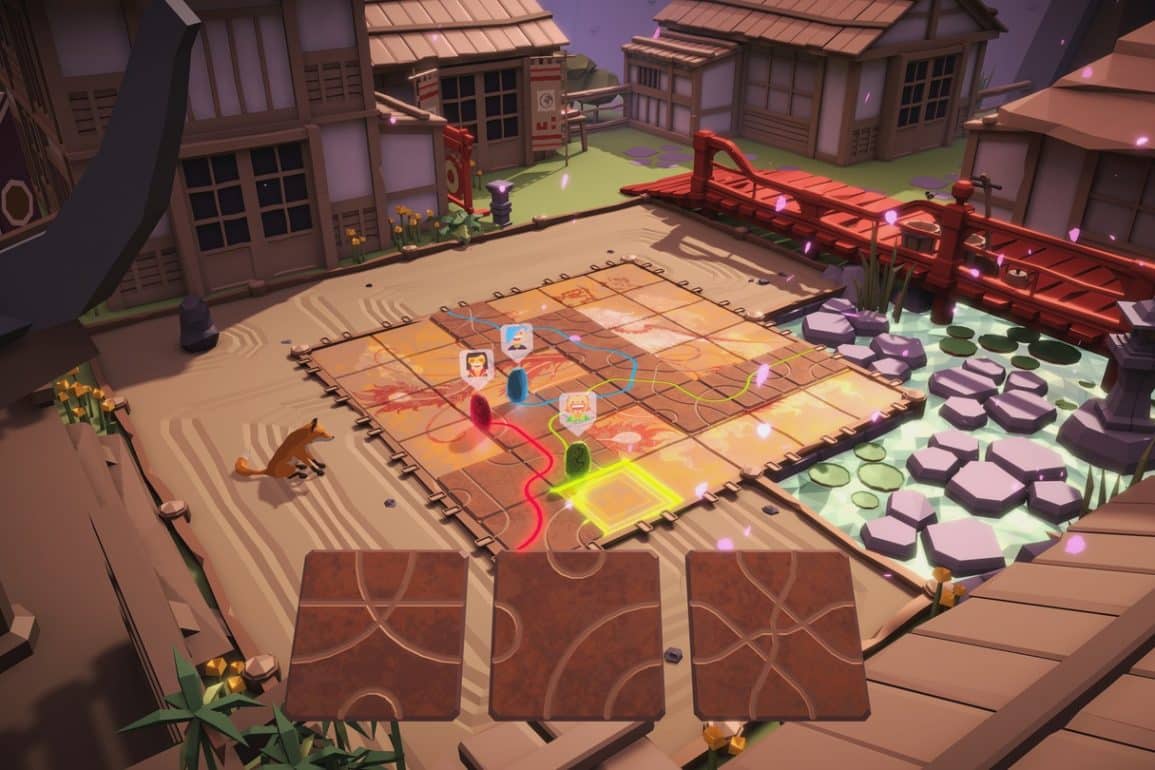 Relaxing Board Game With A Great Soundtrack 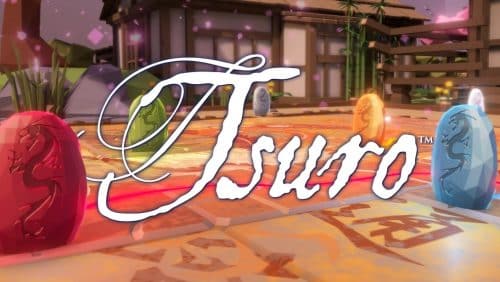 Tsuro – The Game of the Path is a board game. You know, those things that gather dust in the cupboard until a big family gathering or power outage. We all agree that they can be a huge amount of fun, yet they’re hardly our go-to form of entertainment or relaxation anymore. Tsuro – The Game of The Path seeks to break that ethos by combining the tranquil atmosphere of a meditation garden with the highly strategic gameplay from the popular board game of the same name.

Off the beaten track

Whether you’re familiar with Tsuro or not, you will likely find it easy to jump right in, with the simplistic controls and gameplay being quick to grasp. Although, mastering the game will take much longer. Up to eight players are dispersed around the border of the 36-tile board and must compete to stay on the longest, with a turn-based system for laying down tracks. Choosing between up to three randomly dealt tiles, players must utilise the best orientation for the path they wish to travel. All players are forced to proceed along adjoining tracks until they collide with one another, or until no other players remain on the board.

There is a great deal of freedom given to players for deliberation and to simply relax in the serene environment presented within the game. You are free to explore the zen surroundings at any time and even encouraged to seek out hidden gemstones to be used as playable tokens. However, this exploration must be done using teleportation, as the game doesn’t allow for locomotion. Fortunately, however, this movement method enables you to jump to platforms of varying heights to gain a better perspective of the playing pieces and potential paths. While this does break immersion, it is acceptable in a game focused around a stationary game board, and I would recommend seated gameplay due to the time spent looking down studying the board. Also, the control scheme easily allows for hand tracking or even one-handed gameplay, depending on what will help better immerse you within this haven.

Caught between a rock and a hard place

Tsuro is yet another VR game intent on removing rounded edges, with their artistic style tending towards angular and straightforward designs. But don’t think this denotes a lack of effort. This game has some of the most satisfying ambient visuals I’ve experienced to date. Cherry blossoms float in the wind, twisting and turning as they fade in and out of view, while bees amble from flower to flower and fish swim about lazily. Moreover, the board game itself is brought to life, with colourful lines indicating the stone pieces’ path and sparkling indicators aiding the player in tracking the game’s progression.

Whispers in the wind

These and other elements have a well-developed sound design which is at times only audible upon close inspection, such as the buzzing of the bees’ wings or the crackling of a fire. Additionally, the soothing sounds of trickling water and wind passing through the trees and wind chimes help you to forget the presence of the real world. Accompanying the natural ambience and item-specific audio is a gentle oriental soundtrack that fits incredibly well in a meditation/relaxation setting.

Tend to your garden

Nevertheless, there are several noticeable bugs in this zen garden that detract from the experience. Glitches with the menu interaction can be quite frustrating while trying to use the curved teleportation laser pointer. This difficulty is especially prominent when interacting with objects from a distance or through the phantom UI tile slots. Games should streamline interactions with the virtual world, providing intuitive controls and minimal input delays. In Tsuro, you quite often register that you’re waiting for a menu to pop up, whether that’s while navigating the settings or if you just died and have to wait for all seven bots to make their next move before progressing.

Furthermore, moving forward in the game requires meeting specific criteria, which are, at times, somewhat vague or even completely broken. For example, to unlock more difficult AI, you must defeat three of the preceding difficulty, but the game doesn’t mention that those AI must all be defeated within one match. Nor does it note that using the collectable tokens will not count towards the unlock criteria.

You reap what you sow

Once you manage to unlock the successive AI difficulties, you will discover a significant increase in intensity, especially when trying to accomplish the various Achievements. As well as these milestones, the additional game modes add greater levels of depth to the gameplay and yet more options for online multiplayer matches. Unlike most online games, Thunderbox Entertainment has designed matchmaking and gameplay to progress over multiple days. This approach is very well suited to the turn-based nature of board games as players aren’t beholden to the online community’s immediate availability but can instead simply relax in the serene setting or return later to continue their game.

After spending countless hours going up against the clever AI, I can attest to both the immense enjoyment when you come out victorious and the sheer satisfaction you feel while playing a board game in such a relaxing virtual space. While some minor bug fixes are needed, they rarely impact the actual gameplay, and I have quite often found myself playing much longer than intended. If you’re like me and sometimes want a challenging game to unwind to, Tsuro – The Game of The Path is one board game that won’t leave you feeling bored.

Tsuro - The Game of the Path
TLDR : Summary
Tsuro excels at engaging players in an intense battle of strategy and forethought while also relaxing and drawing away tension through its calming environment. Perfect for those wanting a chance to actively unwind.
Concept
9
Gameplay
8.5
Graphics
7
Audio
9
Longevity
8
User Rating0 Votes
0
Pros
Challenging Gameplay
Freedom to play how you wish
Immersive and relaxing atmosphere
Cons
Limited interactivity
Simple visuals
8.5
Serene
Get it on the Oculus Store
Tsuro - The Game of the Path