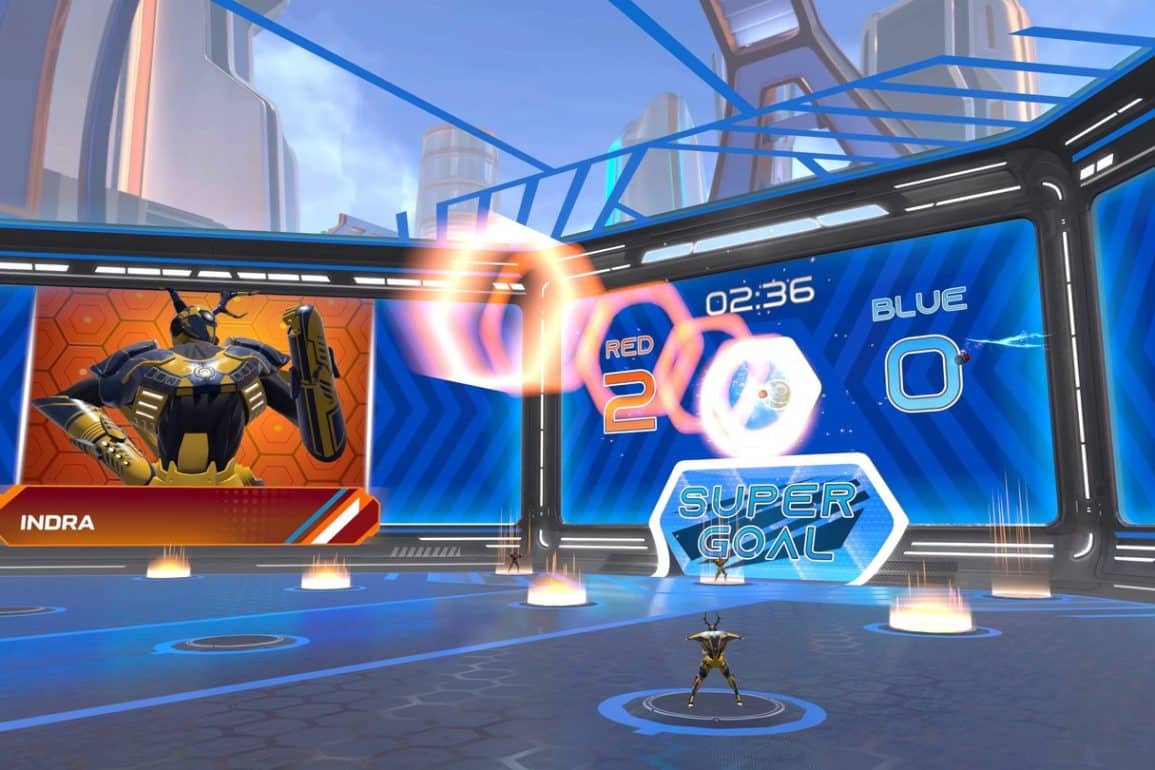 Mechs, eSports, and a Little Bit of Rocket Nock 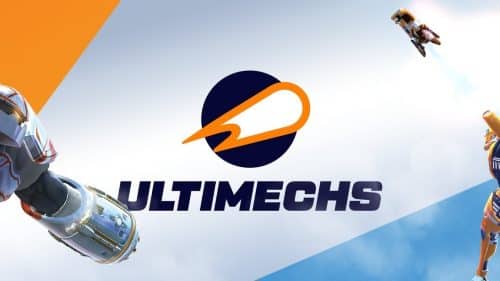 Our team at 6DOF Reviews rarely reviews free games. For Ultimechs, however, we thought we might make an exception. Usually, the fact that a game is free means that the risk to the player is so low that we assume players will try it and see it for themselves rather than rely on reviews. It is precisely for this reason that you cannot go through our catalogue and find my glowing 9.5/10 review of Echo VR.

All that aside, the latest offering from Resolution Games is so much fun and yet so overlooked that I find myself compelled to break tradition. In wilful defiance of our hallowed editorial ways, I stand before you today and demand your attention!

Ultimechs may be free, but it’s worth every…er..penny.

Of your attention! There, see? Fixed it.

Ultimechs is a future sport designed from the ground up with VR in mind. It sees players controlling one of three classes of giant mecha in a grand arena. An appropriately large ball will appear in the arena and, in a twist of near Machiavellian proportions, you must be the first to get the ball into your rival’s goal.

To accomplish this, your mighty machines are equipped with Gauntjets, rocket-powered gloves which allow you to shoot your fists across the field to smack the ball around. Not only can you shoot your Gauntjets, but once airborne, you can control their direction and speed as they fly around the arena. This allows you to adapt your shots and tactics on the..fly.

It is a fantastic mechanic, although it can, admittedly, be a bit daunting at first. While the bell curve of advancement in Ultimechs is initially steep, so too is the satisfaction you feel when it all starts to click. The controls may seem unwieldy at first, but stick with it just a little, and you’ll go from struggling to even make contact with the ball to juggling it like an oversized mecha incarnation of Enrico Rastelli.

Ultimechs offers both a 1v1 mode, which allows individual players to focus on their mastery of the skills and reflexes and a somewhat more chaotic 2v2 mode. The latter game mode will doubtlessly see high-end competitive play as teams form and perfect their strategies and establish set plays. However, in the company of a live server these matches provide more opportunity for luck, and a great format for lower skill levels to learn the ropes without being crushed by more experienced players.

Because Ultimechs is a sport that sees you push an oversized ball around an arena, you can guess which flat-screen game Ultimechs is being compared to. We’ve already done that when Nock came out, and I, for one, am not going to give that comparison the time of day. Ultimechs is not “the rocket league of VR”.

Ultimechs is the Ultimechs of VR and, by god, that is all it needs to be!

The gameplay in Ultimechs is intensely fast and very highly skill-based. This is in part due to its excellent traversal system. Now, I know this next sentence will be controversial, but I have faith that you can handle it…

Ultimechs does not have free locomotion…

Wait, stop, come back! Don’t bail on the review just yet!

Trust me! This is a GOOD thing!

Although at first, the idea of playing something with glorified teleport mechanics may seem like a non-starter, the implementation in Ultimechs is so smooth and intrinsically linked to the gameplay that I can’t imagine the game being anywhere near as good had it had free locomotion.

Players move across a grid of nodes staggered around the arena by pointing the controller towards them and hitting a button. Once you get the hang of it, you can move around the field with precision at breakneck speeds, even moving faster than the ball. This allows you to pass the ball to yourself and set up some of the most satisfying goal-scoring opportunities in any game I’ve ever played.

There is also a tactical component at play, as you can block your opponent’s movement by occupying key nodes, a tactic which definitely comes into play more in the 2v2 mode.

I know some people are adamantly in the “I don’t play teleport games!” camp, and to those people, I urge you to try Ultimechs. If you play like a lump, and move slowly between a few nodes, of course, it’ll feel bland. But, once you see that movement is the key to success and start whizzing around the arena with the speed and grace of a giant metal gazelle, you will see that far from holding the gameplay back, the nodes are the very thing that sets it free.

Ultimechs is quite frankly one of the most addictive games I have ever played in VR. Although it requires some initial effort, Ultimechs quickly becomes a masterclass in intuitive flow-state eSports gameplay. If you are lucky enough to be able to learn it with a friend, you will be in for the best possible experience. However, if that is not possible, I promise you this; if you can play just long enough for the shooting and movement to click, you’ll be in for one of the best free experiences that VR has to offer.

I’ve already played over 200 matches, and I can’t wait to get into my next session. See you in the arena!

Ultimechs | Review
TLDR : Summary
Stop wasting time reading my words and go download Ultimechs. It's fun and free, and it is vaguely possible that you, yes YOU might be the chosen one who can defeat me!
Concept
8
Gameplay
9
Graphics
8
Audio
8
Longevity
9
User Rating0 Votes
0
Pros
Cons
8
FREEEEEEEEEEEEEEEEEE!!!!!
Get it on the Meta Store
Ultimechs