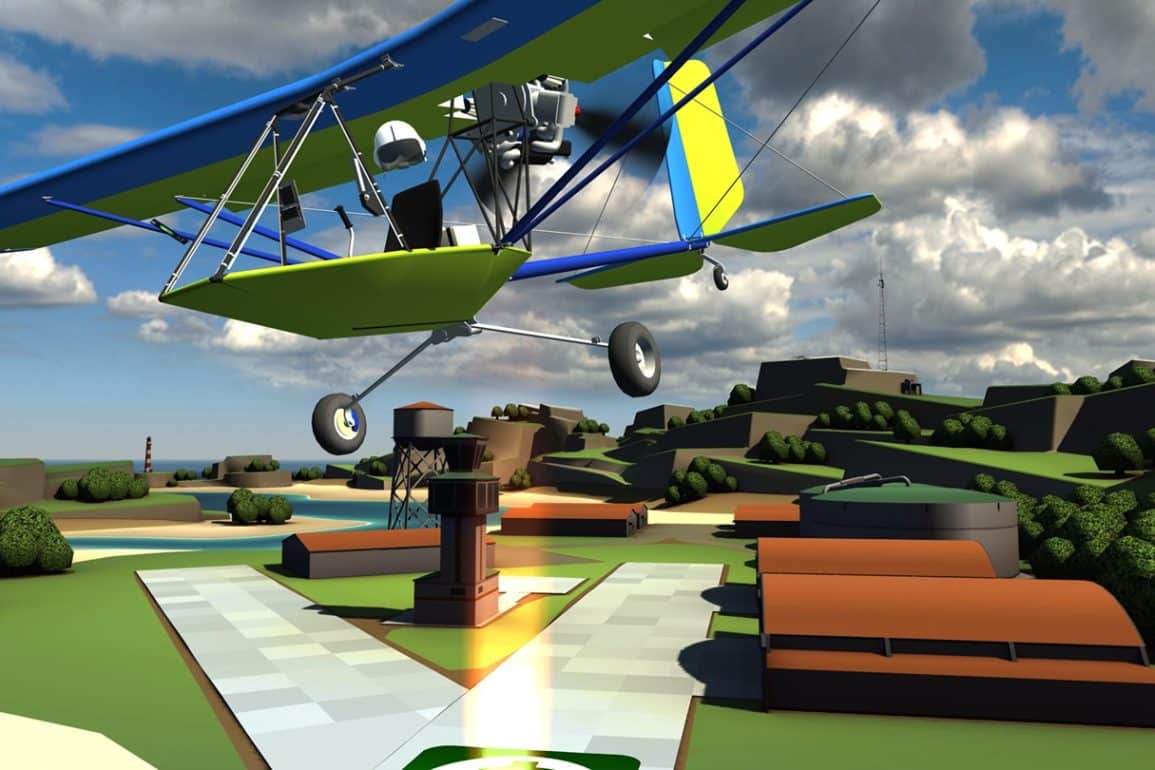 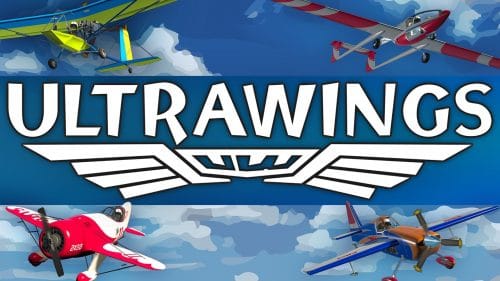 From the name to the underlying design philosophy of Ultrawings, it’s relatively clear that the developers at BitPlanet are really inviting comparisons to Nintendo’s Pilotwings games. It practically begs a reviewer to dub it ‘Pilotwings VR.’ That’s not necessarily a bad comparison unless of course, Ultrawings ends up looking like a poorer cousin.

Let’s get some of the negatives out of the way first. There’s nowhere near the level of charm or polish present here that you might expect from a Nintendo offering. The graphics are bright and breezy for sure, but also almost painfully simple. The jaunty Latin soundtrack tries to inject a light-hearted note to proceedings but is incessant. I’d put money on people turning it off long before their time with the game is done. However, these things speak to a lack of budget, not a lack of care, and it’s apparent that the developers put a lot of heart and thought into this title.

FREE AS A BIRD

The game is deceptively simple, presenting a series of essential tasks to be completed in an ultralight aircraft (and later, other planes) that gradually increase in complexity as the game carries on. Taking off, flying, landing, navigating through a certain number of hoops… Most people would know what to expect from the game from the minute they read the title. It’s rewarding and playable in short, bite-sized play sessions, something that is absorbing if you want to be, but also good to dip into for five minutes.

Ultrawings has a pleasingly convincing flight model, with the realism defined by the player through a simple options menu, and it’s perfect for showing VR to the uninitiated. By default, there’s a nausea-reducing option active, which means that the cage of the ultralight conceals the full panoramic view via shutters. The shutters open when you look round and then close again when you look away. It’s a little odd, but adequate for some. As for me, I don’t have a problem with VR, and I like my experiences full fat, so that particular comfort option was switched off right away. With the blinkers off, the immersion really takes hold despite the simplicity of the graphics.

HIT ME WITH YOUR FLYING STICK

It’s a charming touch to have the controls of the planes as physical objects to interact with inside the game world and feels surprisingly comfortable. It’s one of those things which helps sell the experience to people who don’t usually play games. Teaching people to use an analogue joypad is one thing, but grabbing a virtual joystick and buttons/levers feels far more natural. (Unless you’re Biffo of course).

I must make a special mention of the sound design, which is terrific. The mechanical puttering of the plane, the sound of the wind whistling past… It all adds considerably to the immersion, and once you turn that music down, it’ll be convincing you that you’re up there in the sky in no time. Angle a decent fan towards you as you play (you should get one for Beat Saber if you haven’t already)! Then smear a bit of engine oil and sea salt under your nose, and the effect will be complete.

There are several airports and planes to unlock, and some hearty challenges await. It never quite reaches the giddy heights of being Pilotwings VR, of course, but then in not aiming for the stars, it never does an Icarus either. Overall, Ultrawings presents excellent value for money and beguiling gameplay and is a lovely way to while away time in VR. Its bite-size structure and accessibility mean it’s really well-suited to party play or longer sessions for solo pilots.

A splendid, light flying experience tailor-made for VR, at a great price point.