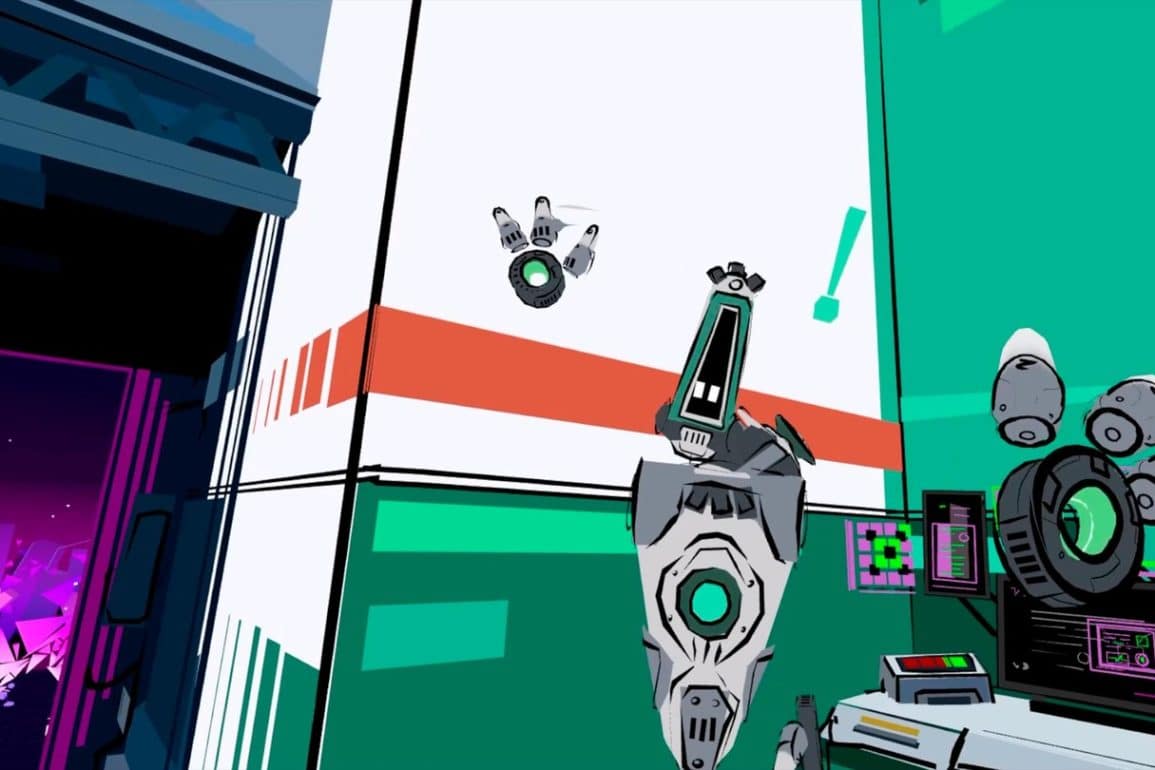 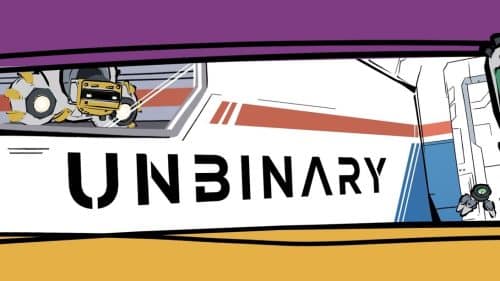 Unbinary is a VR puzzler that came to Quest about a month ago. We played through most of it, but it had some issues and was a little glitchy. A couple of updates later, it’s ready for prime time, so we figured it was time to give it a proper review.

Ubinary’s website proudly tells you that it made the Official Selection at the Indie Mega Booth at the Pax East Showcase of 2020. It’s also the winner of a Brazilian funding grant for game development on top of winning an NYX Game Award.

Does any of this matter? No, not in the least. Awards, especially when not voted on by gamers, are often given for neat concepts and good pitches or, sometimes, for reflecting the zeitgeist.

Unbinary is a VR puzzler with enough narrative edge to make it noteworthy to funders and award-giving organizations. Its narrative, set in a sci-fi world, is about identity and donning masks to be identified differently. It plays up to modern identity politics without forcing them on players in a way that might offend anybody and without committing itself to any radical position.

Behind all the narrative existential glitter, however, Unbinary is essentially an escape room puzzler. A female-voiced AI companion gives you all the exposition you need and guides the story along as you make your way through each level, unlocking doors, dealing with robots, and solving puzzles.

Three different masks enable different identities, each with its own skill sets. One looks like the most common robot around and makes them act friendly towards you and can also ‘shoot’ light switches. Another allows you to grab objects, climb up, and flip switches. The third is closest to your AI companion’s native form, allowing you to hack some locks and other robots and control the positioning of specific grip points.

The puzzles in Unbinary generally revolve around switching between the masks as needed to make your way to the ‘exit’ room of each puzzle or level, where you collect data cubes.

The first few levels of Unbinary are, frankly, too easy. Sure, they’re designed to ease you into the game, but the real issue is that they barely allow any room for error. The levels are generally too small to allow for any confusion, and the limited environmental interactivity means that you can either go through the usually obvious steps of solving the puzzle or not do much else. Fortunately, after the first hour or so, the difficulty curve starts ramping up, you have to do some thinking, and the game becomes slightly more challenging.

Until that point, the main draws that keep you from getting too bored with the simplicity are the narrative context and the unique graphical style.

Solve It By Hand

Unbinary’s graphics are 100% hand-drawn in Oculus Quill, and the game sports a unique look that works well with the limitations set by the Quest’s modest architecture. Everything is pretty, and the colour palette changes as you progress through the game’s levels. The art style adds a pleasant whimsy to the whole game, and it’s fair to say that it’s entertaining in its own right.

The game’s soundtrack is competent. You’ll notice it when it signals crucial turning points, but it lives somewhat underneath your awareness most of the time, which isn’t a bad thing.

Solver? I Barely Knew Her!

Unbinary is a reasonably slick escape room puzzler with a few unique twists and a flair for story and style. It’s brief enough not to wear out its welcome but so easy to complete that any competent puzzle solvers will feel cheated. The simplicity of the first few levels led me to believe that perhaps the game had so many levels that it could afford to start with some disposable ones, but alas, that was not the case.

Unbinary’s biggest problem, aside from its brevity, might be that its narrative seems designed to appeal to people over 18, but its puzzles can easily be solved by anybody over 13. Its narrative is too philosophical for children, but its gameplay is far too easy for adults.

Yes, later levels do get a little more difficult, but nothing here compares with something like The Room VR, for instance.

With a cool art style and light puzzles, Unbinary might appeal to a younger audience more interested in aesthetics and narrative than challenging puzzles. It’s not bad, but it’s hard to recommend unless you’re particularly fascinated with its narrative ideations.