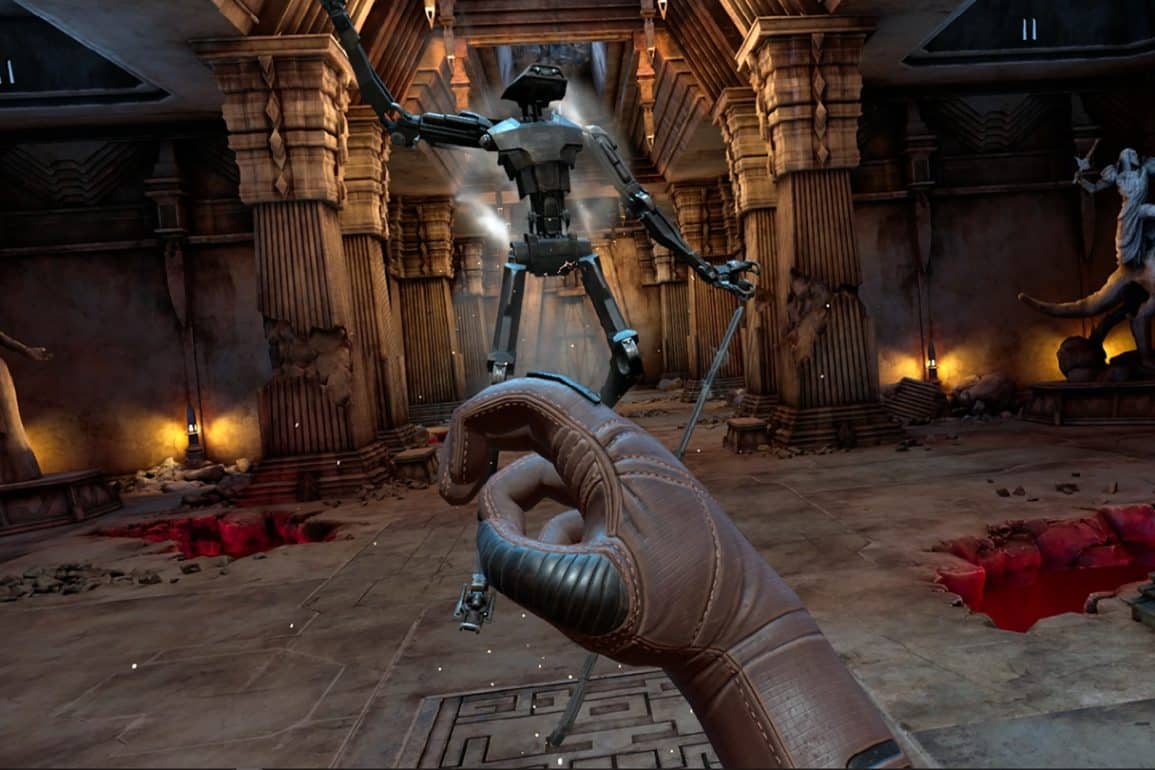 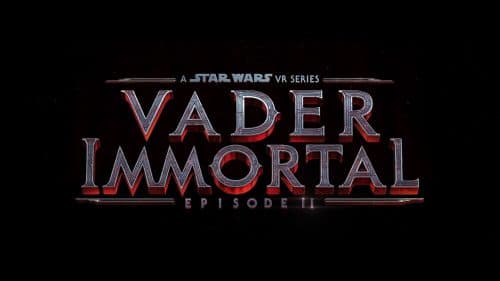 Oculus had us all reeling with a brilliant Oculus Connect 6 Keynote, and we’re all feeling very smug about having been early adopters of the little headset that could. Then they appeared to completely knock it out the park with the surprise insta-release of Vader Immortal: Episode II. Vader Immortal: Episode 1 was slight but impressive and promised much. Will the next instalment deliver?

USE THE FORCE, AND THE SPOILER TAG

We’re going to try and avoid spoilers for a game which is both story-based and very, very short – so forgive me if this sounds vague, but we don’t want to mar your enjoyment should you choose to buy the game. Episode 2 immediately takes up the story where Episode I left off, and it doesn’t hang about. It’s a minute or so into the game before Darth Vader is teaching you to harness the Force, mainly for moving and throwing things. Initially, this felt like it could have been the extra hook that the first game lacked. The format remains mostly unchanged from the first title – mostly some basic interactions and combat while moving through a series of rooms. If you’ve played Episode 1, you’ll know the drill. There’s perhaps a little more excitement and spectacle in this instalment, given the threats you face and the inclusion of fledgeling Force powers. It’s undeniably fun lobbing rocks about and throwing droids down holes… While it lasts.

I know that this is, in the scheme of things, at the cheaper end of content in the Oculus Store, coming in at £7.99/$10. I know that it’s meant to be played as an episode of an ongoing narrative and is intended to be more of an experience than a full-fat game. Even so, the story in this episode is very, very slight, and some of the beats miss entirely.

In a very short running time, the title manages to contain both action scenes which are over too fast, and longeurs where you’re just staring at the (admittedly impressive) scenery whilst not doing anything except listening to people talk. The pacing is rubbish, and the joyfully great bits are over far too quickly and also plagued with technical issues and design problems which threaten to ruin the experience.

We’ll talk about the technical issues shortly. Some of those can be patched out, I’m sure, but the identity crisis at the heart of the game is a fundamental design problem. In short, it doesn’t know whether it’s offering the player a game or a vaguely interactive experience. The first episode could be forgiven for this, as it may have been many people’s first experience of VR. So the gameplay is not too challenging, and the interactions show off the magic of VR whilst not being too taxing. However, in this title, there are clear signs that they want to give the player more agency this time around.

There are free locomotion options, but you still have to stand on certain marks to trigger the next (half-interactive) bit of story. You’ll hardly be roaming far. Also, the option for smooth turning is still incremental, moving the player in snap rotation but with a smoother transition.

The game does everything it can to frustrate the sense of freedom that VR should bring. Stand there, do that. Ridiculous ‘return to the game area’ messages still appear should you stray from the very narrow path the game dictates, which is nonsensical for untethered, room-scale VR. At times, and this is most aggravating of all, the game will even turn you around or put you in a different spot by fading out to black briefly, so it can place you where it wants you to be. It’s really jarring and far more egregious than in the first game.

The inclusion of Force powers really makes the design of the format strain. At times it’s incredibly empowering. It’s hard not to giggle with delight as you pick up a battle droid and hurl it down a fissure to be consumed with lava, or throw it at another droid and watch them both crumple. Then it’s over in a blink, and you’re back to trudging to the next marker on the floor. It promises freedom and creativity, like you’re going to be in a Jedi remix of Robo Recall, and then takes it all away.

Also, it’s a lovely novelty that all the touch controller buttons make the fingers of your virtual hands clench, but it makes you feel like a right Jar-Jar when you’re force-grabbing a droid out of thin air and find yourself inadvertently doing a double thumbs-up.

All of this wouldn’t be so galling if the story were interesting. It just feels like a loose filler for a couple of set pieces, and then a set up for the next episode. A short story needn’t be a slight one. While we’re there, I have to say that I found Scott Lawrence’s performance as Vader a little bland and underwhelming. I can’t help but think that Matt Sloan (another Vader voice veteran) would have been a stronger choice.

By Carlos Ylagan
In Games

This is the continuation of what is clearly a flagship Quest title – so I’m still bemused by its technical shortcomings. Early adopters may be reminded of the bad old days before the patches that made some things a lot better. In my time with the game, I experienced frame-rate drops and stutters, audio glitches, and a couple of crashes, one of which was so severe that I thought I was going to have to factory reset my Quest [I had fewer issues, but it still crashed out at some point, my Oculus Home got weird, and I had to restart a section from the beginning – Ed]. There are strange vertical lines towards the edges of the view which seem to be present in a lot of scenes, striations which tear the image slightly.

In many ways, this is a beautiful game with amazing scenery, but the engine feels like it’s almost literally coming apart at the seams sometimes. The very first thing you see when you load the game, as with the original, is a flat postcard of Darth Vader that glitches and jerks its way around the view in a nauseating manner. Why is it still there? A black void with the loading pips would be better than this.

It isn’t all bad, by any means. The main saving grace, apart from ‘Hey it’s Star Wars pew pew bzzzzzzt!’ is the lightsaber dojo mode. With a different setting to the original episode, an unconventional lightsaber, and the addition of the Force, it presents a cool little way to honour the inner Jedi in most of us. Rounds of increasing difficulty, as in the original, mean unlockables like different crystals and such are fun to get. The later levels present a decent challenge. Throwing a lightsaber at enemies and then using the Force to bring it back like a laser boomerang of death will never not be entertaining. It’s not Space Pirate Trainer, but all things considered, it’s probably worth the asking price for the title alone.

Elsewhere, the spectacle of some of the scenery can be breathtaking, and one of the enemy threats presents a jaw-dropping, if heavily scripted, fight. I’m sure the spectacle of it all will be more than enough for most people to enjoy the hell out of. For some, however, I think that it will be played through in 20 minutes and refunded pretty swiftly.