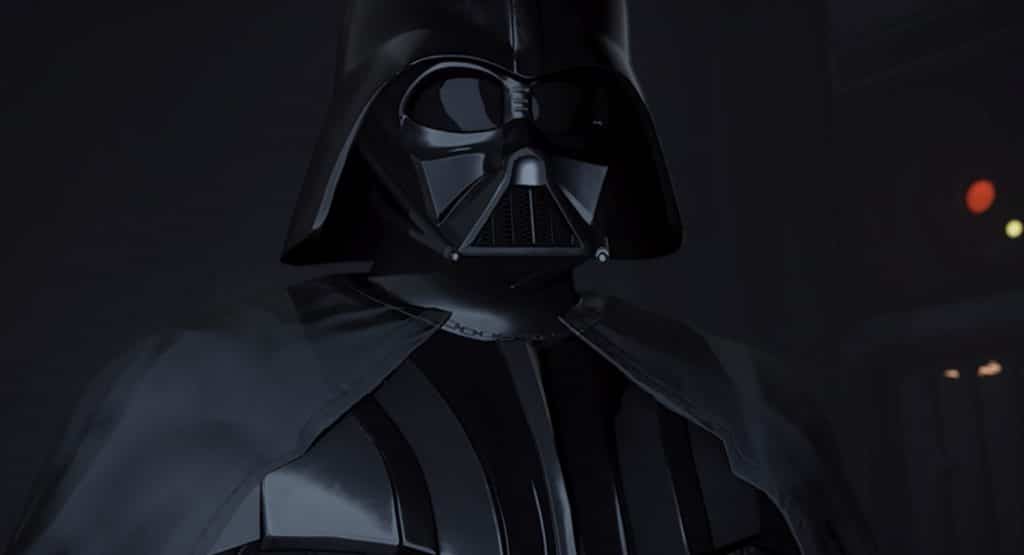 Any system’s launch software has two challenges. First, it needs to sell the system to early adopters. Second – it has to provide those adventurers with adequate content to keep them engaged until future waves of software arrive. The Quest’s launch software library, for better or worse, consists mostly of titles that rank among the greatest hits of previous Oculus products. This has provided plenty of content for players who are new to VR and allowed them to catch up on many of the great titles they have been hearing about for years. For players who have had other VR headsets, however, many of these titles are old news, leaving them hungry for new experiences.

Enter Vader Immortal, one of the few Quest launch titles that are entirely original and exclusive to the Quest for its launch period. It also happens to be based on one of the most popular media franchises of all time. But is Vader Immortal the killer app VR veterans need to justify the purchase of an entirely new headset?

Vader Immortal consists of two primary modes of play. In the story mode, you follow the tale of a nameless smuggler whose ship is intercepted by Imperial forces outside the planet Mustafar. You are held as a prisoner of the Empire and confronted by Darth Vader himself, who takes an interest in you after you demonstrate an ability to activate an ancient artifact. The story plays out as a combination of scenes between the main characters, simple object interaction puzzles, and lightsaber combat sequences. The lightsaber (not to be confused with Beat Sabers!) sequences are infrequent, and they can’t be failed, but they add a bit of excitement to the story.

The lightsaber combat is brought front and center in the Lightsaber Dojo mode, an arcade-style combat mode where you fight waves of remotes and combat droids. The difficulty in this mode steadily ramps and becomes very frantic toward the later stages.

Much of Vader Immortal’s story plays out in the form of a “walking simulator” style game, where you travel between locations, following a linear narrative. The story itself is an exciting beginning to a Star Wars story, but disappoints with its abrupt, “to be continued” ending. You move around using a combination of room-scale movement, smooth locomotion, and/or teleportation. There are also a few climbing sequences that feel realistic, at least in terms of hand movements. Walking too close to an in-game wall will cause the screen to go black, and display an arrow directing you back into the play space. This is a novel way to handle the player stepping out of bounds, as stopping at a wall in-game while still moving within the real world can certainly cause motion sickness. Unfortunately, this solution is still disorienting to the player.

Interaction with the world takes place in the form of some simple puzzles involving the manipulation of objects with your hands and your hydro spanner. These puzzles feel rewarding for the most part, but some require some awkward hand movements to complete. Lightsaber combat steals the show as far as interaction is concerned. Combat involves deflecting incoming blaster fire back at enemies, as well as parrying melee attacks, striking once an opening appears.

The lightsaber can be wielded one- or two-handed, and the saber “sticks” to one hand even if the player lets go, making it impossible to drop the saber accidentally. Combat is fast and fluid, but there is not enough of it in the main story, and the combat scenes in the story mode are straightforward. The Dojo mode contains the game’s real combat challenges and is where players who get into Vader Immortal’s combat will spend most of their time.

Vader Immortal impresses most with its graphic and sound design. This is one of the prettiest games available on the Quest during its launch period. Everything looks realistic and has that lived-in, Star Wars feel that fans are looking for. When Darth Vader appears, he towers above you and has every bit of presence you’d expect – maybe even more since it feels like he’s right there in front of you! However, some of the details at a distance do suffer a bit, likely considering the Quest’s lower graphics processing power compared to other platforms. This leaves the surface of Mustafar looking very flat in some exterior scenes, but overall this is very impressive compared to other titles on Quest.

The sound design is also top-notch, with all the ambient Star Wars sounds accounted for, and making excellent use of directional audio. During combat sequences, you can quickly tell where an attack is coming from just from the directional audio. This allows you to react in time and makes you feel like a Jedi (or Sith) in training.

The main story of Vader Immortal only lasts about 30-45 minutes, depending on how quickly you move through it. After you complete the story, there is little reason to return to it other than to relive the same story again. However, this can be an excellent title to demo the Quest to friends and family, so it may get some further utility there. A good amount of additional time can be sunk into the Dojo, with its many waves of droids to dismantle and customization options. The long-term enjoyment for the game’s $10 price tag comes more from an arcade-style experience, rather than the story, which was not what I expected when I started the game.

The story experience of Vader Immortal may not be the system-seller that the Quest needs to hook longtime VR fans, especially if they’re on the fence about buying a new headset. However, this episode is certainly worth the low $10 price tag. The main issue is that it feels like one-third of a $30 experience, rather than a $10 game. The story feels like the setup to something more significant, and future episodes will hopefully pay off the interesting story threads that the first episode sets up.

Vader Immortal: Episode 1
TLDR : Summary
Vader Immortal isn't necessarily the system-selling exclusive that the Quest needs, but it does offer a glimpse into the future of gaming, both in gameplay immersion and its storytelling.
Concept
9
Gameplay
9
Graphics
9
Audio
9.5
Longevity
6.5
User Rating1 Vote
8.5
Pros
Amazing feeling of presence in the Star Wars universe
Light-saber Dojo is challenging
Cons
Short Playtime
Abrupt ending
8
Impressive
Get it on the Oculus Store
Vader Immortal: Episode I