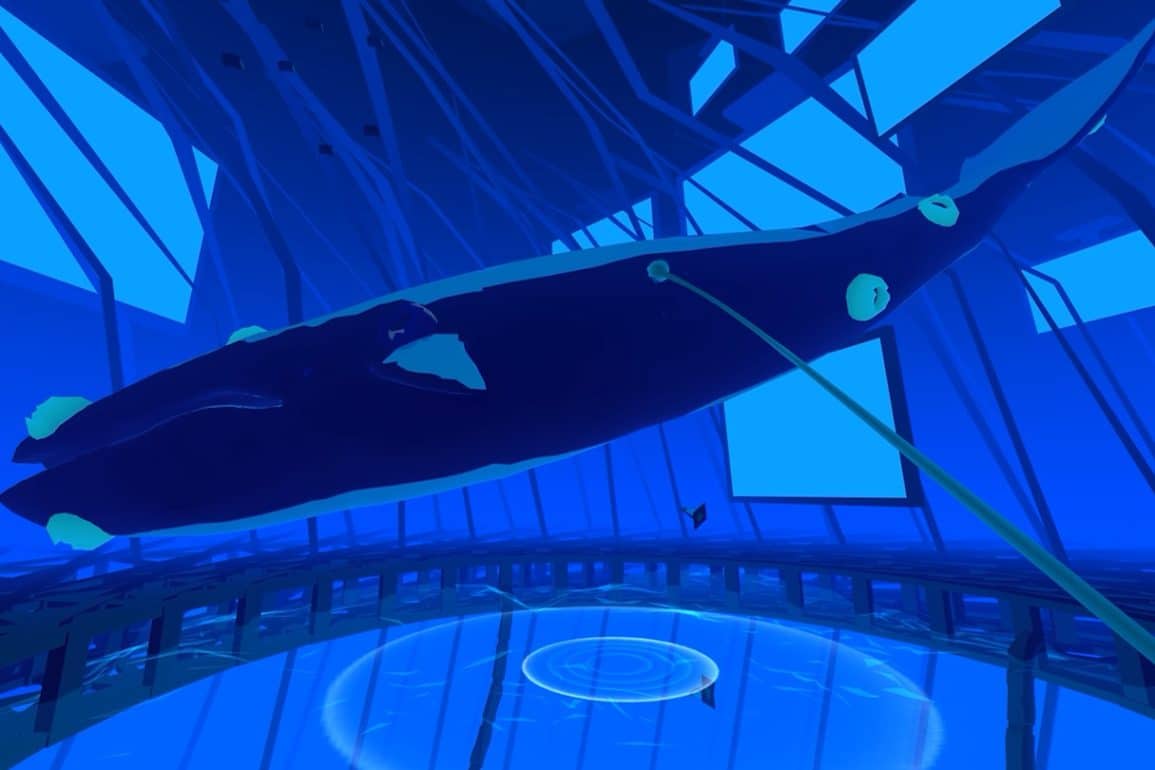 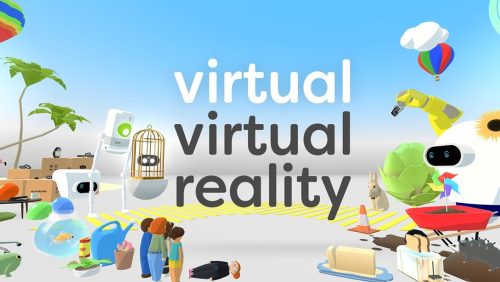 With VR gaming, it’s easy to imagine getting permanently lost in the virtual expanse. Sure, you can always remove your headset in real life, but what if you’ve also uploaded your consciousness into your Quest? You might need a human assistant to help you out with essential maintenance. That’s the concept behind Virtual Virtual Reality from Tender Claws, a mind-bending exploration of the risks and rewards of this enticing new technology.

You play as a new recruit for Activitude, an AI-driven company that seeks your unique human touch. Your host, Chaz, is a gangly robot who feeds you a series of VR goggles to place over your eyes. Your “official” incursions into dream-like environments involve strange tasks for the local AIs, like plopping toast onto a giant stick of butter or gently drifting a tumbleweed with a leaf blower.

But soon, you’ll discover a more sinister side to Activitude, and learn more about the human inhabitants who came before you. These peeks behind the curtain have an ominous feel, and by the end, the game turns into a full-blown futurist’s nightmare.

You can easily explore the worlds-within-worlds of Virtual Virtual Reality with some simple controls. Teleporting, reaching, and grabbing use a combination of one button and the thumbsticks. Later in the game, you can vacuum up environments using an illegal modification. You’ll also have to reach up to your face to put on or remove the game’s various headsets. Unsettlingly, you’ll occasionally find yourself temporarily trapped in an unpleasant reality.

Visually, Virtual Virtual Reality is simply rendered. Its most impressive graphical trick is that it keeps moving you to unique environments. A pink and purple island sunset, for example, is not precisely as majestic as it’s described by your AI client. Zipping between your stark white homeroom and a pitch-black deathly void, however, is much more moving.

ONCE UPON A TIME… IN SILICON VALLEY

Accompanying the well-written story is a random hodge-podge of gameplay scenarios. Sometimes you’ll find yourself wandering a technological wasteland, looking for an escape hatch in the form of glowing VR goggles. On one occasion, you’ll be playing dolls with a factory-style robotic arm. Most of the scenes are brief and playful, like the quickie missions of Job Simulator, but with a storyline that connects them gracefully.

I should mention that one glitch in this Matrix literally had me feeling trapped. Twice, the game’s movement controls stopped functioning, essentially trapping me in impassable scenes. A game restart did resolve this, but it also set me back to the last save point, so it’s worth mentioning as a minor annoyance.

Virtual Virtual Reality is worth playing for the story and writing alone, and the varied VR gameplay can feel like an incidental extra. It’s a unique meditation on the medium of VR, making it a great starter title to get you in the mood for more adventures on your Oculus Quest. Just try not to forget to remove your headset when you’re done.