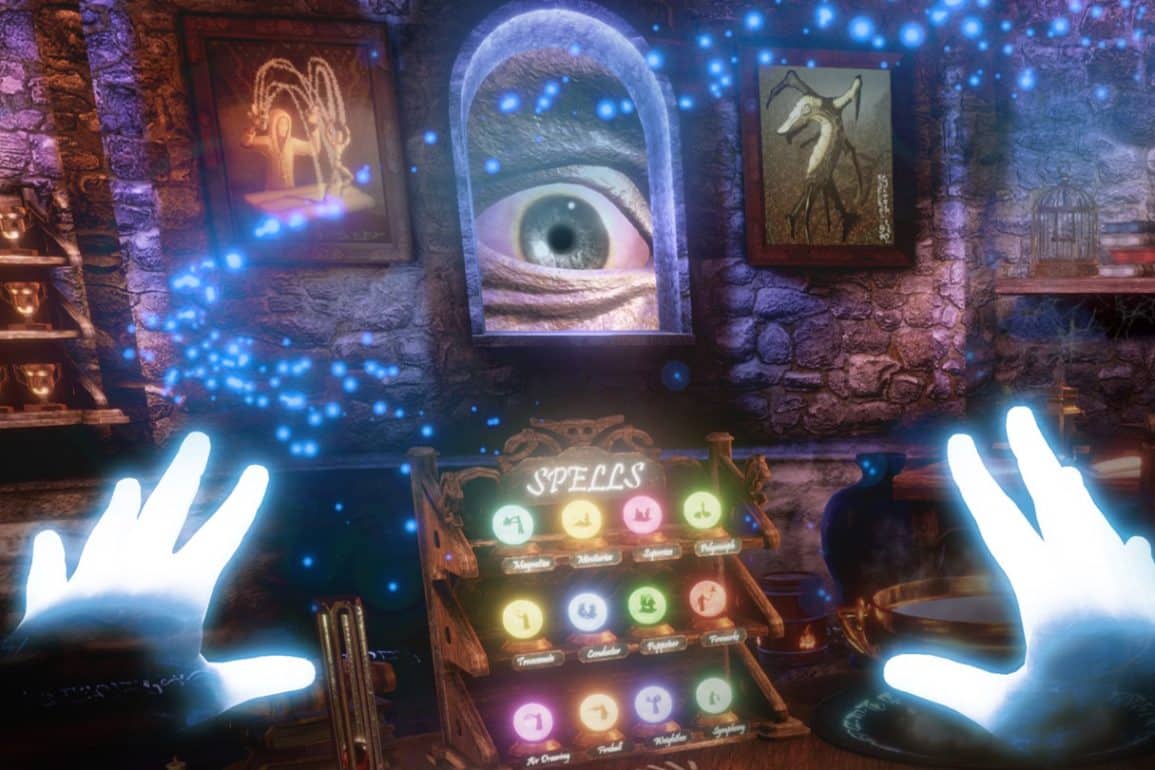 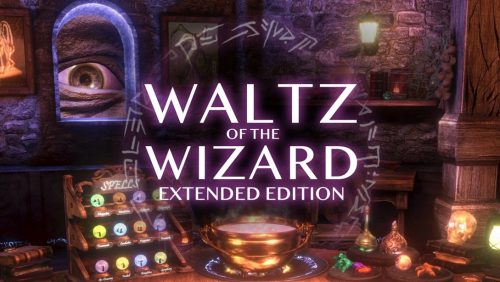 When I first tried on the Oculus Quest headset for the first time, it was magical. I felt teleported to another world and able to summon anything imaginable. Since that first taste of Quest magic, I’ve conquered a robot uprising, saved the world as a super-spy, and journeyed through the depths of reality. Compared to those other VR games, Waltz of the Wizard: Extended Edition feels rudimentary, an entry-level Hogwarts class that falls far short of more extensive adventures.

Initially designed as a free VR experience, Waltz of the Wizard places you in the workshop of a sorcerer whose walls are adorned with mysterious objects and art. Flasks, tomes, and skulls are crammed into every available inch of shelving. One of the skulls even speaks to you in verse, to provide you with some gentle guidance. A few of the objects have magical properties, like a genie’s lamp you can rub, or a mounted demon head that shoots fireballs.

Two objects in the room will command most of your attention: A cauldron in the center of your table with a few plates of ingredients, and a small xylophone with accompanying mallets.

To mix up potions, you can throw ingredients into the bubbling brew and create one of twelve spells. Some of these potions will let you make objects grow, shrink, fly around the room, or morph into delightful frogs and butterflies. It’s enjoyable for a few minutes, but once you’ve mixed all twelve combinations, the fun quickly goes “poof.”

The xylophone also holds a few brief secrets. By playing a short tune found on nearby glass balls, you can open a portal into another scene. These are all terribly uneventful and don’t produce much of a “wow” factor. One scene is set on a suspended bridge, but falling is not a concern, so it’s not even as impressive as a random VR Youtube video. Another teleports you in front of a tribunal of creepy, towering shadows. Still, compared to a game like Virtual Virtual Reality, it’s just not very intimidating.

One Minotaur Short of a Labyrinth

The one scene you can travel to that actually contains some worthwhile activity is the game’s labyrinth. Hinting at the possibility of an actual game, and not just an interactive experience, the labyrinth arms you with swords, fireballs, or crossbows, then sends you on a mini-mission to light three orbs and unlock a new magical artifact.

Protecting this treasure in the maze are undead knights with fiery skulls and a handful of traps like spiked walls and pressure plates. This level is an actual game, albeit a short one. I found myself thinking that this is what Dreadhalls would be like if you could actually defend yourself against the dark arts. I wish (maybe using that genie’s lamp) that the rest of the game was like this, and that you actually had to go out in the larger world to collect your room full of mystical treasures.

The Wizard of Flaws

Without more quests to guide you, Waltz of the Wizard: Extended Edition is a lonely, dull experience. You’re mostly limited to a room full of lightly-interactive objects, without much in the way of context. The cauldron allows for very little experimentation. Instead of blowing you away with the limitless possibilities of magic, the whole thing feels quite solitary.

Instead of an antisocial Saruman, holed up in your tower, Waltz of the Wizard should have let you roam the world like Gandalf, performing great feats and participating in epic battles. As a tech demo, Waltz of the Wizard is adequate, but it’s far from deserving of a true sorcerer’s moniker, like “The Great” or “The Magnificent.”

Waltz of the Wizards: Extended Edition
TLDR : Summary
Instead of blowing you away with the limitless possibilities of magic, Waltz of the Wizard feels quite solitary.
Concept
5.5
Gameplay
5
Graphics
6.5
Audio
6.5
Longevity
5
User Rating2 Votes
9.6
Pros
Intriguing concept
Decent graphics
Maze level is enjoyable
Cons
You’ll very quickly run out of things to do
Only one real quest
Nobody to interact with
6
Fizzles