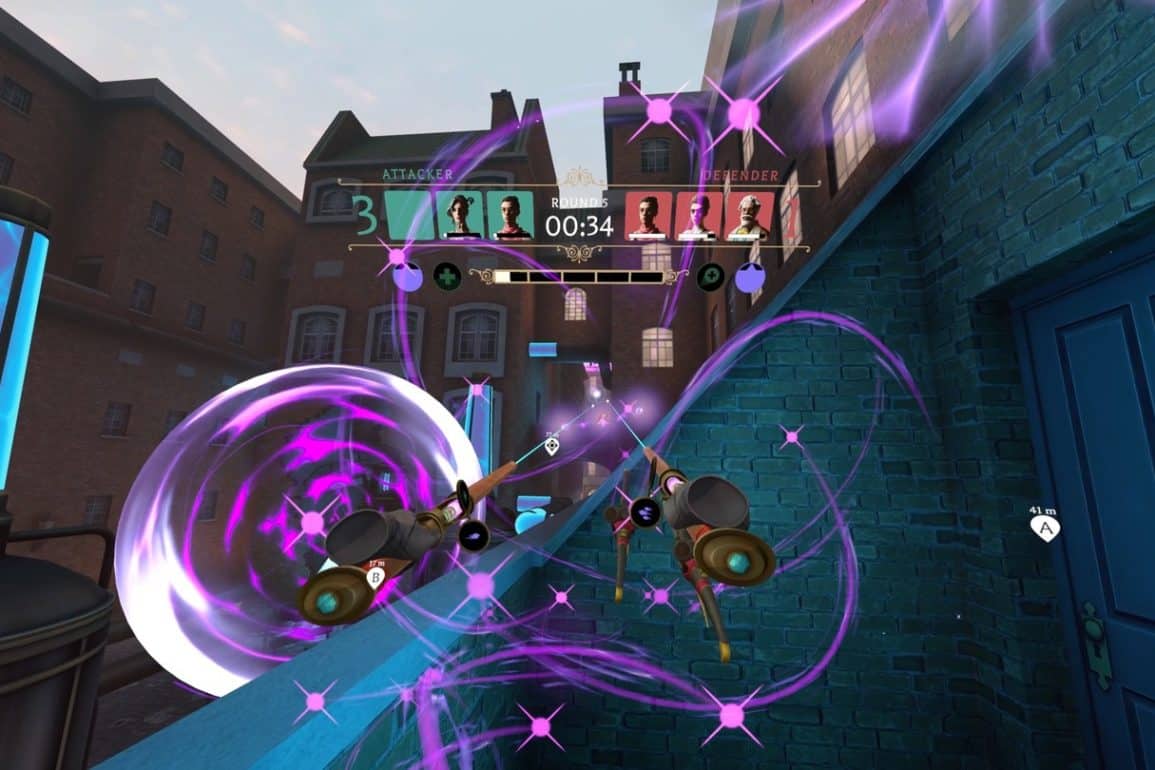 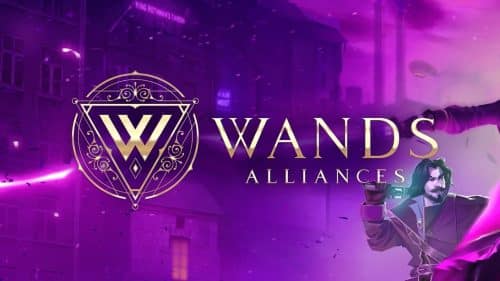 Some of you may have already seen the first impressions video that we put out when Wands Alliances launched last week. For those of you who have, not much has changed, so you can feel free to skip to the end, then hurry up and go buy the game because I’ve essentially said that this game is dope every time I’ve talked about it.

For those who haven’t seen the prequel to this review or are sticking around just because they like listening to me talk (weirdos), be warned; I’m about to spend 9 minutes telling you that this game is dope.

Let’s begin, shall we…

Wands Alliances is described by developers Cortopia as the spiritual successor to their cult classic duelling game, Wands. Whereas the original was a well-put-together 1v1 affair that gave birth to the basic gameplay on display here, Wands Alliances is a far more mature and nuanced experience that improves upon the groundwork of its forbear and offers something far superior in its place.

Players will enter the Beyond as part of a three-person team, poised for battle with a pair of steampunk-inspired wands at the ready. Each wand can be loaded with two spells, meaning each player can bring in four. There are six characters to unlock, varying across three character classes. Each character has a unique set of spells that can be brought into battle.

Once you have selected characters and spell loadouts, combatants enter the maps and set about doing battle. Teams take turns switching between offence/defence in a game mode that sees the offence trying to take a magical bomb (known as the Omega device) to one of two docking stations on the map. Once there, the team must engage the bomb and hold off enemy attempts to disarm it. If you’re playing defence, you try to stop your opponents and disarm the bomb to take home the win.

The wand play itself is simple but excellently delivered.

I was initially disappointed that the wands didn’t require gestures to cast spells. I still feel that a trick is being missed here, but after sinking my teeth into the gameplay, I can honestly say this is more than good enough. One could argue that the wands are little more than reskinned guns. Still, any disappointment disappears pretty quickly once in the heat of battle. It’s hard to think about what’s not in the game while defending yourself against all the things that actually are.

The spells and characters are reasonably varied, each with its own compromises to be made as you decide how you want to play the game. My favourite is a fairly balanced tank character with great defensive spells and a fairly formidable arsenal. Plenty of combinations allow you to switch between play styles and countless more combinations to consider once you start planning all 3 team members’ skills and spells to create a unified team strategy.

The strategy is one element of the gameplay that deserves to be celebrated. The blend of spells with the need to effectively use the layout of the maps creates countless ways for a skilled player to turn the tides of battle. While raw gaming skill can get you far in the Way of the Wand, the real nuance and depth come alive once the player begins fusing all these individual components into cohesive tactical action. In short, the gameplay is very, very good.

It is hard to capture the frenetic energy of the combat in Wands Alliances by merely describing the sum of the game’s parts. That said, I’ll give it a go, but if you come out of this NOT wanting to play Wands Alliances, consider that more a fault of the writer than of the game.

One thing to understand about Alliances is that it is 100% a room-scale experience, much in the same vein as Blaston. Yes, there are some different movement components on offer, but there are also a lot of similarities once you get into a shootout. Mark my words, playing Alliances like a standard shooter, with your feet firmly rooted on the spot, is one of the quickest ways to find yourself obliterated. Much like Blaston, the ability to physically dodge, duck and dive out of harm’s way is an essential gameplay element. Although it does take a little getting used to, once you train yourself to be light on your feet, you can begin to experience the best elements of the action. This kind of physicality is one of the best uses of VR. The combination of fantastical elements and hurling magic around while being wholly grounded in your own physical movements is as thrilling an experience as I’ve had in a long time.

It’s worth pointing out that (brace yourself) no free movement option exists. I’m sure this will be controversial for some, but before you throw your controllers down in rage and exit the game, let me assure you, this is a good thing.

Rather than stick-based movement, players hop from one tactical vantage point to another, with each one of these stops acting as its own room-scale battle platform. Some have cover, some provide a strategic vantage point, and others leave you exposed but provide a path from A to B. It all works really well to ensure that the mix of agile physical movement and tactical positioning around the map are seamlessly balanced, creating a movement system that is far more than the sum of its parts.

I will freely admit to being biased when it comes to the visual landscape of this game. Anything Steampunk, particularly when it involves magic, will ALWAYS get a favourable nod from yours truly. That said, even without my natural predilection toward the art style, one does not need an active bias to see that Wands Alliances is a beautiful game.

The environments all look fantastic, providing a world in which it is easy to immerse oneself. The maps are clear and easy to navigate, and the action is chaotic but never muddled. The art direction is beautifully realised and blends the fantastic and the everyday with delicate precision. The spells and the magic effects are excellently delivered, artfully selling the sense of wielding wondrous powers. Overall, Wands Alliances operates at the higher end of what one can visually expect from a Quest title, and the team at Cortopia should be delighted with what they have made here.

There is currently only one game mode available, which is one of my only complaints about the game. It is a great game mode that is really fun to play and suits the tactical elements of gameplay really well, but I fear that over a fairly short window, the lack of variation will start to push players away. This is one of the only weaknesses that Wands Alliances shows, and thankfully it’s one that Cortopia should hopefully be able to rectify. The only question is, will they be able to do it in time.

Similarly, the audio components are top-shelf. Each spell crackles with a unique sense of power, and at several points, I was engaged in magical shootouts that were poignantly enhanced by the sounds of sizzling energy that filled the air. The music is impactful and full of character, adding another perfectly matched layer to the gameplay. Even the reasonably sparse voice acting is great, with each character having a clear sense of itself that adds to the world the player embodies.

It’s a real tribute to the design work that every sonic element is both noteworthy and natural. There are literally no sounds that fail to add something positive to the overall experience that Wands Alliances provides.

THE WAND CHOOSES THE WIELDER HARRY

Wands Alliances is a wonderfully original take on the PVP genre that easily earns its place in the Pantheon of competitive shooters on the Quest store. With core gameplay that fuses strategy and tactics with fast-paced action, very few other titles are more deserving of blasting a place into the top of your game rotation.

As good as Alliances is, Cortopia will be well served by making some quick updates. Additional game modes and maps will definitely need to be forthcoming to keep the player base active in the long term, but in the short term, the content on offer at launch is more than enough to justify the price tag. Highly recommended.

Wands Alliances
TLDR : Summary
Wands Alliances provides a polished and well-thought-out multiplayer experience that brings more than enough innovation to a crowded genre. With a beautifully realised blend of tactics and physical action, Alliances is a must-have for anyone looking for their next competitive title.
Concept
8.5
Gameplay
8.5
Graphics
8.5
Audio
8.5
Longevity
8
User Rating0 Votes
0
Pros
Cons
8.5
Spellbinding
Get it on the Meta Store
Wands Alliances