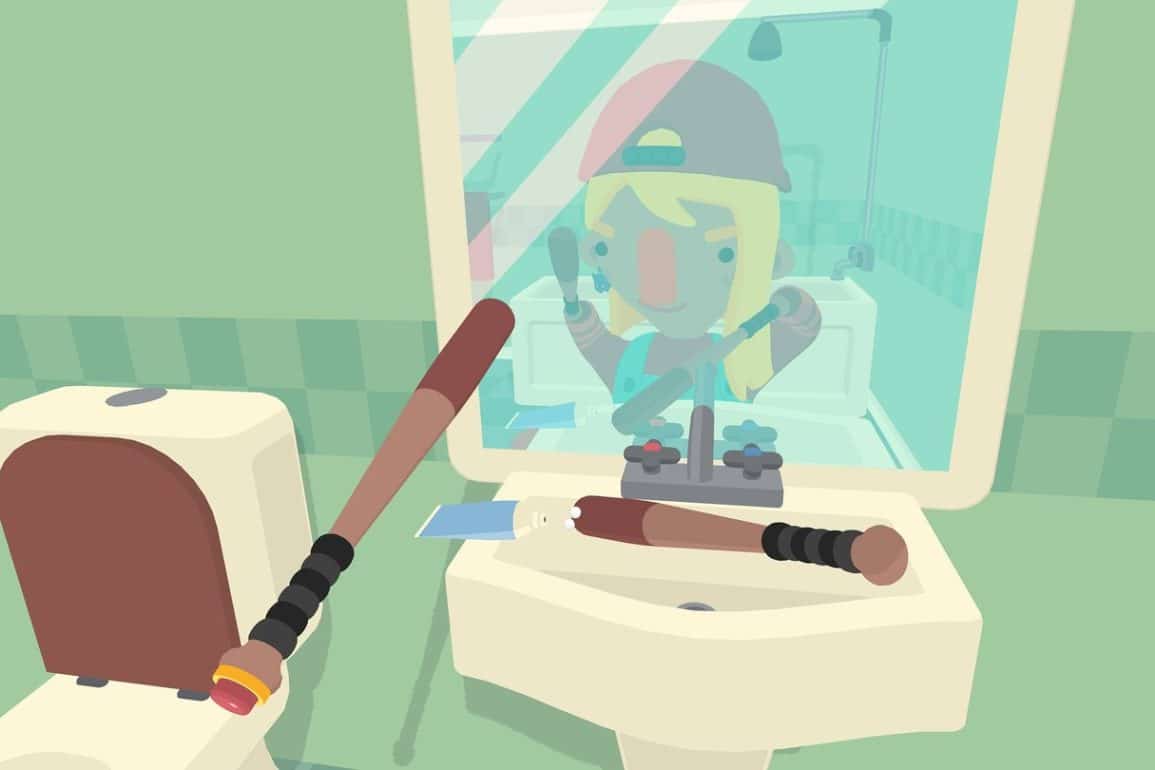 What The Bat? | Review

You Have Baseball Bats for Hands. Deal. 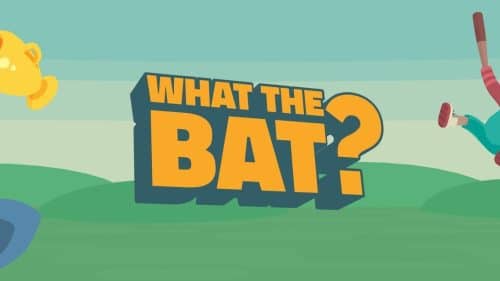 What the Bat? comes to VR from What The Games?, the team who previously released What The Golf? on a whole host of flat-screen systems.

The game’s protagonist has baseball bats for hands. The game takes you through their life in a series of quick-fire levels. These see you do everything from learning to brush your teeth to playing fetch with your dog and working a till at your day job with these unusual appendages.

There’s much here similar to Job Simulator, not least because you are physically static and the elements of each mini-game are presented in proximity.

There are similarities, too, to Tentacular, as the game’s “physics” are a bit intentionally wonky and unrealistic.

For similar reasons, the game also brings a liberal helping of aim-assist to bear on proceedings. This keeps the player from struggling with trying to get exactly the right angle and power every time they swing their bat hands at a target.

The game’s music is generally upbeat and bouncy to match the silly, colourful, cartoon art style, but it comes with a lovely gimmick. When you look at your in-game imaginary friend, who happens to be a big blue elephant, the music changes tone to incorporate more base with a tuba-esque sound. This is the kind of detail that belies the game’s simple presentation to reveal a nicely polished product.

Another nice surprise is the game’s absurd, borderline surreal, sense of humour. Each mini-game starts with a simple task but then iterates it in bizarre and consistently funny ways.

As an example, an early level has you ten-pin bowling which, as you’d imagine, starts with you batting a bowling ball down a lane to knock over skittles. But once that is complete, the next game has rubber skittles, another has a U-shaped lane, and still, another has you holding the skittles as your elephant friend shoots the balls at you.

This approach does a great job of keeping the gameplay fresh and surprising throughout.

What the Bat? Has a very specific and deliberate style and tone, and it’s impossible to ignore that some might find this off-putting. There’s no deep story here, no groundbreaking visuals, nor a sweeping cinematic score.

What the Bat? Is coming from a different place with a different intention to those you see from ‘AAA’ games, but in the same way you wouldn’t directly compare Nintendo’s Warioware series to their Zelda games, nor should What the Bat? Be compared to those more cinematic and mainstream products.

Batting for the bleachers?

What the Bat? Is not a room-scale game, and at the other end of the scale, you wouldn’t get the best out of it playing seated. However, it does require a little more space than some standing experiences, as I discovered when I knocked my real-world monitor off my desk while trying to smash an in-game TV!

There’s no getting away from the fact that What the Bat? is a ‘small’ game in every way. There are a hundred levels that will take you 4 hours or so to beat, and even the file size is just half a gig. But it very much proves the old cliché that ‘good things come in small packages’.

The quick-fire style and ridiculous humour won’t be for everybody, but if you’ve previously enjoyed Job Simulator or any of the Warioware games, then you can probably add half a point or more to the score.

What the Bat?
TLDR : Summary
Absurd humour and quick-fire level make What the Bat? a great pick-up-and-play title that may be too simplistic for some.
Concept
8
Gameplay
7.5
Graphics
6.5
Audio
7
Longevity
6
User Rating0 Votes
0
Pros
Great sense of humour
Original soundtrack
Great for a quick session
Cons
Perhaps too technically simple for some
Only 4 hours of content
Limited replayability
7.5
What the Word!?
Get it on the Meta Store
What the Bat?