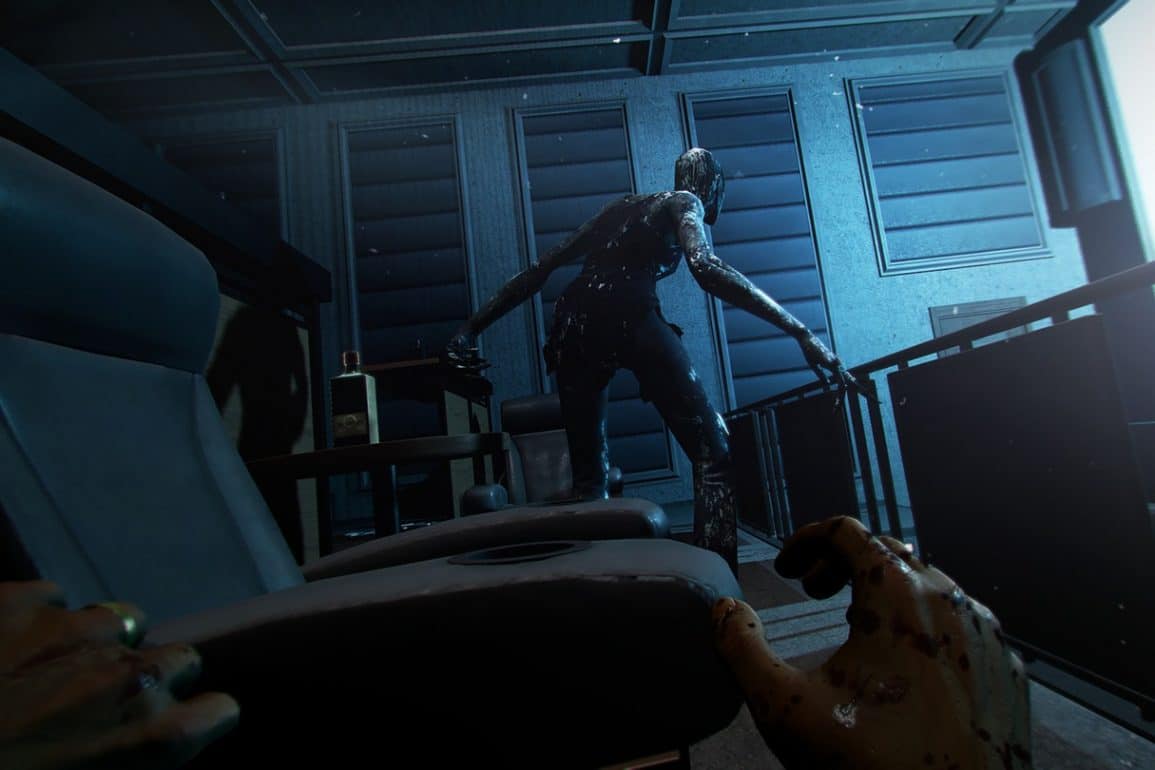 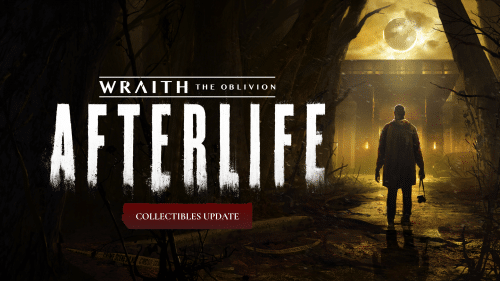 Starting off, you will be callously informed of your death and then guided down a simple path, following along with the tutorial steps until emerging at Barclay Mansion, where the game is set. This expansive manor will become your prison, in the great beyond, as you navigate an essentially linear path in search of answers. Utilising object interaction much like the gravity gloves from Half-Life: Alyx, you can grab items at a distance or lean down to pick them up manually. As well as the haptic feedback used on doors, drawers and handles when physically reaching for them, these specific objects will glow to indicate the ranged grab functionality. Unfortunately, this haptic feedback is also triggered by an invisible line extending from your hands to these objects, excessively vibrating as you walk through any room filled with random things.

Movement generally has its own challenges, seemingly based on flatscreen logic rather than a real-world with peripheral vision. Players are unable to move quickly in any direction other than where their head is facing. Looking around while moving is clunky and off-putting, as your speed will change dramatically by turning slightly to look at a door as you pass by.

If you can overcome these frustrations, the gameplay does a good job immersing you in the world, encouraging physical interaction with doorknobs and turning keys to access new areas. To proceed, you will need to investigate and solve puzzles by scavenging requirements hidden throughout the mansion. These include keycodes and character-specific story items, making the linear storyline a little less straightforward if you are repeatedly backtracking or looking for clues.

Additional powers and controls are granted as you advance, with instruction on their usage varying in quality. Still, a staple throughout the game is that you have no fighting chance against the otherworldly entities roaming the halls. You will often find yourself implementing stealth and guile to bypass or distract those that see you as an obstacle to their vengeance.

AM I HEARING THINGS

Past events will often be presented to you through re-enactments seen from beyond the veil of mortal eyes, allowing you to feel appropriately unnerved by the actions and consequences of the story’s characters. Early on, these story segments act as mild jump scares, usually triggered by passing by their location only to hear a conversation spring up behind you. Likewise, the wraith guiding you through the world is prone to narrate in many scenes. However, the wraith’s ghostly cacophony of layered voices is impossible to spatially pinpoint as it seems located inside your head even when he chooses to be visible.

Ghoulish whispers and a relentless sighing, as if the last breaths of the dead, carry through the halls. Eery echoes and creepy creaking embellish the already ominous ambience. A realistic graphical style further immerses you in this supernatural world. Although the visual style alone isn’t what brings life to the dilapidated mansion. The world is credibly cluttered, and you see deterioration all around you. Discarded furniture litters the locations, and mould accumulations abound. Paranormal plant life and inky black portals that shift and distort when you approach them help build a fantastical atmosphere.

Spend enough time in the game, though, and you’ll find several grievances that don’t require posthumous investigation from beyond the grave. Several fundamental game mechanics are, at best, loosely explained, causing players to rely on either the respawn mechanic or knowledge of other, similar stealth games. For instance, your ‘corpus’ is never presented, with players having to just figure out they have a health meter after dying multiple times. You are given numerous refills for your ‘corpus’ before you even have the chance to take damage, leaving players with no natural way to connect the dots. When encountering enemies, a subtle icon appears on the screen, indicating your presence is being detected, and immediate action is required. Again, this detection meter is something players must either be familiar with through other games or somehow figure out through dying and making the arduous journey back through the storyline.

Wraith: The Oblivion – Afterlife doesn’t let you skip dialogue, regardless of how many times you’ve repeated a section, or even if there is already dialogue being played. You are forced to endure it as you seek out a Save Point. Subtitles don’t always match the dialogue you’re hearing and aren’t even always visible, including during the pitch-black death screen.

Path of the Warrior | Review

Despite the insistence on revising information at every stage, crucial information gathered during your journey cannot be recalled from its storage location until immediately required. This results in situations where you will have to knowingly stand in a dangerous place to reacquire information the game expects you to have remembered. Conversely, providing the required information often makes puzzles immediately predictable or removes any challenge they may have otherwise posed. A different method of accessing gathered clues and important notes would go a long way towards reducing these frustrations.

Similarly, non-essential items containing lore and story material are sent directly to a memory palace separate from your person. Items sent to the memory palace are inaccessible until you reach a save point. Until the tutorial occurs, you’ll only know it exists if you maybe, possibly, happen to notice the extra orb that appears. These collectable tidbits of information grant deeper understanding and insight about the characters and even clues for dealing with the various spectres.

While progressing through Wraith, I felt that I was struggling for the wrong reasons. Instead of fearing the nightmarish creatures or feeling uncertainty regarding a complex puzzle, I felt frustrated at the control schemes and gameplay mechanics. While the story and world-building are amazingly well done, playing the game itself didn’t deliver the satisfaction I expected. Admittedly, the story improves as you get further into it, so if you’re a fan of horror titles or like the World of Darkness series, you’ll likely enjoy Wraith: The Oblivion – Afterlife.