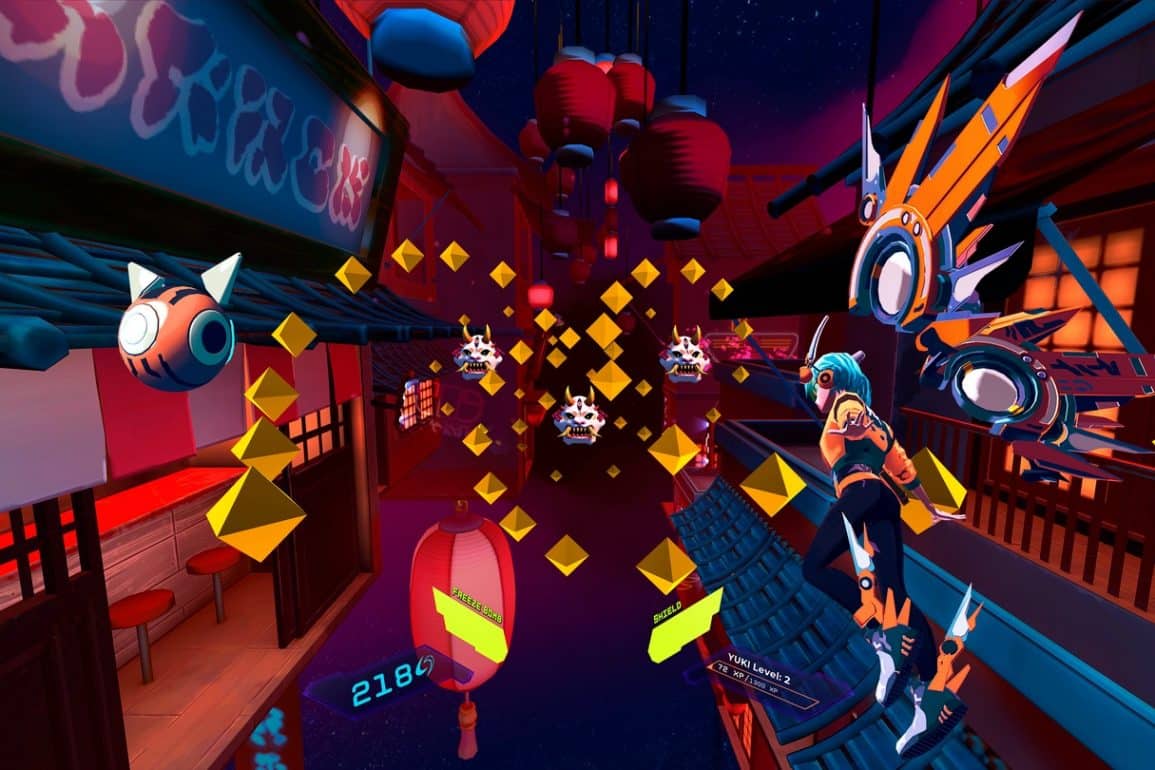 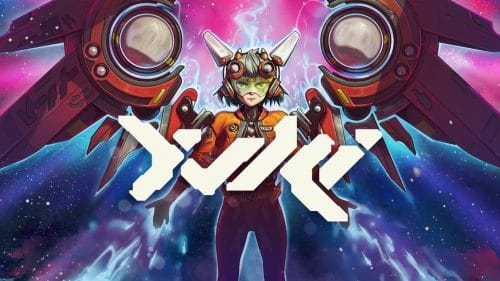 Oh, my words, don’t fail me now; Yuki is proving a very difficult game to review. Not because I’m in two minds about it – I know exactly what scores and ratings I think it deserves. It’s just so enervating and boring to play that, just this once, I’m struggling to find the impetus to issue a sufficiently precise litany of reasons why you shouldn’t buy it. But for you, dear reader, I will soldier on, despite the UK being in the grip of a heatwave so horrible that wearing a Quest headset feels like something they might have experimented on with the inmates of Abu Ghraib.

Yuki is a shoot-em-up, themed unconvincingly around an ersatz anime action figure. The player holds this virtual avatar in 3D space as the levels roll by, pointing her at baddies to destroy them and avoiding projectiles and environmental hazards. Die, and it’s game over, and you’ll have to start again, albeit with the ability to upgrade your powers with all of the currency you’ve collected on your run. In an act of extreme nominative irony, given that the process of playing the game for this review has turned me into a grey husk of my previous self, this currency is called ‘Creative Drive’. With this currency, you can unlock other versions of the figure to…

Ehhhh no, I’m sorry, I can’t do it. I’m not really the biggest proponent for providing in-depth gameplay details as part of a review; it’s not a tutorial or a playing guide. Even given that, there’s just not enough to Yuki to warrant a dissection or much of a discussion.

There should be lots more to commend here than there is. The graphics engine isn’t bad at all, and there are clearly some talented artists at work. The cutesy bedroom that the game begins in is beautifully realised; you can see greasy fingerprints on the screen of the mobile phone on the desk if you hold it up to the light, for example. I see the work that’s gone into such things, and it’s to be applauded. Cynically, however, it’s hard to think of this as anything other than something that’s been included to look good on the gameplay videos and provide an early distraction from the sparseness of fun in the rest of the game. It certainly serves no purpose in the game; in fact, it’s an obstacle to getting into the action – if that’s the right word for what you experience.

The environments are pretty enough, with a decent cel-shaded look that doesn’t seem to compromise detail for speed. It’s sad, then, that the environments, characters and baddies all seem so generic. It’s like the art team’s research consisted of Asking Jeeves for ‘Japanese stuff’ and then just loosely based everything around what images have come up.

The music tries hard to convince you you’re in the heart of some J-pop video and is nicely wrought, but the sound design, in general, is noticeably deficient. And it’s impossible to talk about that without bringing up the biggest failing of the game overall – the shooting itself feels absolutely dreadful.

NO TREASURE, NO NOTHING

You see, all of the stuff I’ve had a pop at Yuki for, particularly its simplicity, wouldn’t matter if the core gameplay felt good, but it doesn’t. The lack of feedback for blowing stuff up is a bizarrely common flaw in many modern shoot-em-ups, and Yuki is probably the worst offender I’ve played. It wants so desperately to channel the feel and spirit of bullet-hell shooters of the old school that it fills the screen with familiar waves of purple blobs in undulating patterns. But the key to the superior flat games of yesteryear by the likes of Treasure and Cave is that the player shoots vicious, uninterrupted waves of laser death at the millions of foes that litter the screen. There might have been near-impossible odds, but even if you lasted thirty seconds before having to put another coin in for a credit, you had thirty seconds of feeling like you’d caused light-show-carnage and you’d be desperate for another run,

Here, polite and generic bad sods pootle around the screen, and you hold a button down at them until they’re kind enough to disappear. The sounds are muted, the visual feedback is practically nonexistent, and the whole thing feels massively inconsequential. The boss battles highlight this; there’s no point having huge, well-animated beasties to bring down if all you’re doing is watching a meter empty. It’s so dull, and that’s something you really shouldn’t be able to say about having a fight with an enormous space dragon.

Avoiding the bullets and obstacles feels like a chore, and it’s a massive misstep for a VR space. It’s just stuff that obscures the view, and as the shooting is already fiddly and annoying, it just adds another reason to never go back once the run is over. I have found myself sighing with boredom at Yuki more than any other game on the Quest. Even accounting for my inherent grouchiness, this is no sort of accolade for a game to wear.

As a side-note about replayability, the much-heralded roguelike nature of the game is laughable. The patterns and order of the stuff that happens are already so generic and uninvolving that it makes no odds to switch them up slightly with every run.

BACK IN THE BOX

Maybe the devs (also responsible for Pixel Ripped 1995) originally pictured Yuki as a desperate and heart-racing dodge around the environment, hoovering up power-ups and causing explosions – something akin to playing Pistol Whip with an action figure of Akira. However, as it has been realised, you’re better off pretending to shoot things with an actual action figure while you run the bath. I guarantee you’ll make better sound effects, and the explosions will be much more satisfying in your head. And you’ll have a bath to look forward to.

YUKI
TLDR : Summary
Wrapped in a totally unconvincing faux-Japanese style, Yuki is an almost unbelievably bland and generic shooter in which no one particular idea or design choice manages to gel with the others.
Concept
2
Gameplay
3
Graphics
6
Audio
5
Longevity
2
User Rating0 Votes
0
Pros
Some nice graphics
Bedroom looks great
Some good fonts
Cons
Everything feels dull
No creative core
Pointless
3
Misfire
Get it on the Oculus Store
YUKI