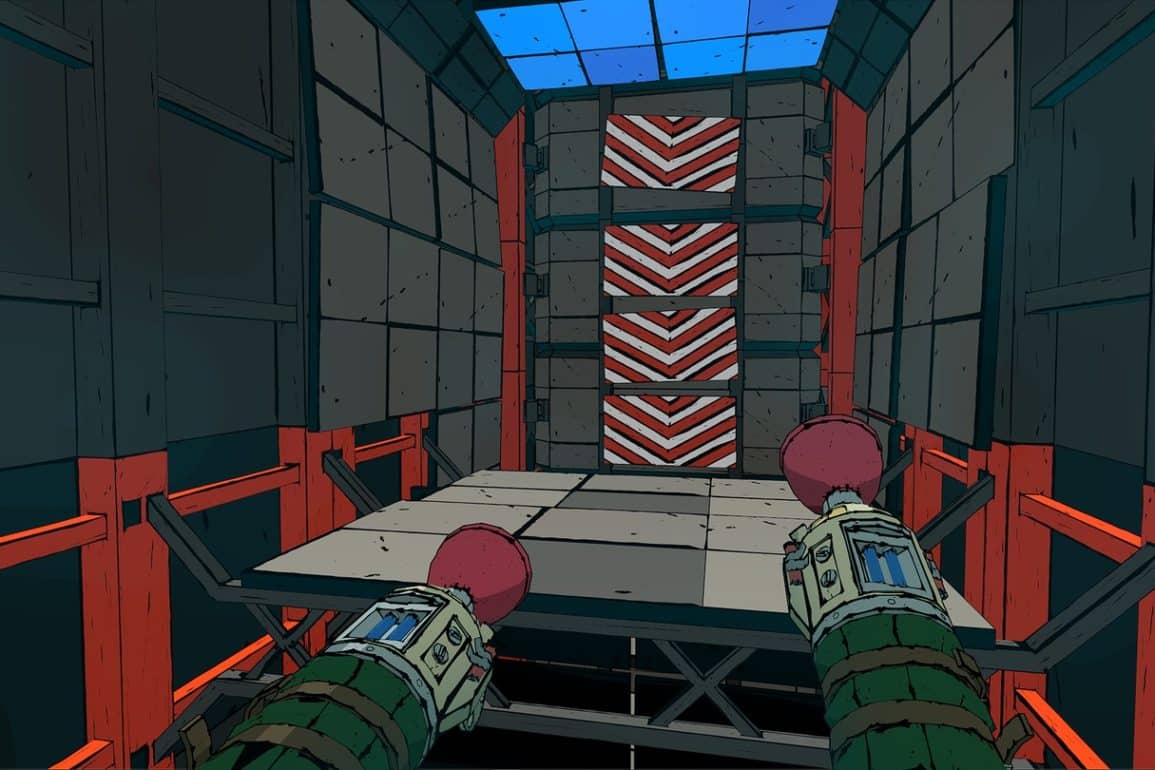 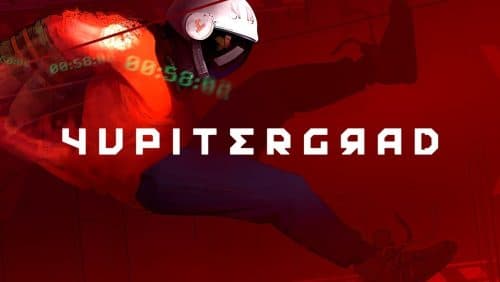 And thus, Yupitergrad was (possibly) born. After a successful launch on PCVR, indie developers Gamedust have been given the green light to port their swinging space puzzler over to the Quest. Will this quirky platform puzzler swing its way into your game rotation, or will it fly face-first into the giant spinning fans of obscurity? Come Komrade, let us go to mighty Soviet space station and find out…

I should begin with a revelation. I am a swinger.

Now, before shock overwhelms you and you reach for the ornate paper hand fan kept in your drawer for just such an occasion, let me clarify. No, I am not somewhere in suburban middle England, putting my keys in a bowl and going home with your neighbour’s wife (lovely though she may be). However, I am exceptionally excited by any game that makes me feel even a little like Spider-Man. So, given the opportunity to play “Komrade Spidey and the Imploding Space Station of Doom” (aka Yupitergrad) I was enthusiastic, to say the least.

Yupitergrad is a charming tongue in cheek game that puts the player in the role of a lone Russian cosmonaut tasked with maintaining a Cold War-era space station whilst the entire crew is on holiday. Seems reasonable, right? Armed with a set of “high tech” retractable plungers, you must swing your way around the station, avoiding a multitude of deadly obstacles and solving puzzles as you go.

In terms of story, there really isn’t much more than that. To be honest, neither is there a great deal more in the gameplay department. What Yupitergrad does have, though, is a well-realised set of mechanics that are intuitively enjoyable and a premise that doesn’t take itself seriously. Sitting somewhere between a platformer, a puzzle game, and a shameless Spider-Man clone, Yupitergrad is simple, swinging fun. It is uncomplicated in its intent and allows the player to enjoy the game for what it is, and in that context, it works.

Apparently, when you build a space station, one of the first things you need to consider is the placement of an elaborate series of deadly traps. Never having built a space station myself, I did not know this. I look forward to my new career in internal torture design.

The core conceit at the heart of Yupitergrad is that to get from one area to the next, you must swing past a series of deadly obstacles that revolve, swing, crush, and immolate with wild abandon. Each section of the corridors has its own set of traps, which get quicker or more numerous as you progress. Although some traps require relatively simple movements to overcome, others call on feats of near Jedi-like instincts and timing if you’re to survive.

In addition to your trusty plungers, you also have a set of wrist-mounted jets. These jets help you steer, but can also keep you in the air just long enough to make some last-ditch plunger shots, possibly saving you from certain doom. All in all, the two locomotion methods work well together and once you get the hang of it, can be used in conjunction to great effect.

The difficulty curve is fair and rewarding. There is immense satisfaction to be had as you begin to master the mechanics of the game. Combining the jets and grapple mechanics seamlessly feels great. Once you get a rhythm going, there is a fluidity in the gameplay that few other games can offer. I was often put in mind of the best elements of To the Top.

Several times, trying to slowly navigate the intricate series of traps resulted in constant death. In these instances, swinging forward at top speed and trusting instinct above intent made all the difference. These were the most joyful moments of the game.

From Russia with Plunge

It would seem that many developers have realised that cell-shaded art is a fairly safe bet for the Quest, and Yupitergrad takes advantage of this. Visually, Yupitergrad uses this popular style to good effect, with a mix of gloomy atmospherics interspersed with vibrant pops of colour that weave a simple but effective visual landscape. It all just works, and the art style is well suited to the game’s tone and pace. Unfortunately, despite smart art direction and a mass of whirly death machines, the space station’s interior isn’t going to be featured on Grand Designs. The corridors and antechambers are all a bit samey, and although it works in context, it can get a bit monotonous after a while.

The soundscape provided by Yupitergrad is quite deliberately underwhelming, which isn’t exactly the criticism that it may sound like. The often sparse audio backdrop really sells the sense of being the only person left swinging around the empty, cavernous halls of the station. While this is well delivered and atmospheric, unfortunately, it gets a little dull after a while. A few upbeat moments in the campaign feature some well-mixed soviet influences weaved throughout the music. However, I did feel that the sound design could have been a little more playful for a game with such a glib narrative. But this is a very minor complaint.

Where the sound really shines though, is in the excellent time attack mode. Each of the levels you face in this mode has its own darkly electronic beats, subconsciously moving you faster and faster through the twisting, trap-laden halls. It really is well done, with each track capturing the frenzied essence of what this game mode is about, a fact made even more enjoyable as a counterpoint to the predominantly atmospheric audio of the campaign.

Had Gamedust left Yupitergrad after completing the campaign mode and headed down the pub for a self-congratulatory pint, this review would have ended with a much lower score. At around two to two and a half hours to complete, this is a game that will undoubtedly spark another Reddit tirade about the length of titles on the Quest. Thankfully, they didn’t, and for my money, the Time-Attack mode is where the game really shines.

Once you finish the fun (but short) campaign, there really isn’t much reason to go back in and play through it again. However, the Time Attack mode has loads of replayability for those who find a flow state with the game’s swinging mechanics. In Time Attack mode, Yupitergrad can be annoyingly addictive, and you’ll find yourself looping back for “just one more run” to try and beat your best time. At the time of reviewing, there were no leaderboards available on the Quest version, but the addition of this feature will give score chasers all the reasons that they need to keep jumping back in time and time again.

Swinging Without a Safety Njet

Yupitergrad is an enjoyable puzzle swinger that offers an accessible mix of skill-based action and spatial puzzling. The game is well-conceived, and the movement mechanics lay at its heart, and it’s supported by some fairly light puzzles. What it does, it does very well, but it doesn’t offer too much in the way of variety, and some may find it gets stale quickly.

Players who enjoy unique movement systems, quick play sessions, and score-chasing, will probably love Yupitergrad. However, if you’re looking for a meaty story and a variety of play mechanics, you may find it a little too shallow.

Yupitergrad
TLDR : Summary
Yupitergrad is an enjoyable platform puzzler that utilises seamless movement mechanics and creative spatial problems to bring a unique, enjoyable experience to the Quest. While Yupitergrad is ultimately fun, it is a short experience, and unless you find yourself particularly enamoured with the swinging mechanics, then you'll be done with it in short order.
Concept
7.5
Gameplay
7.5
Graphics
7
Audio
6.5
Longevity
4
User Rating0 Votes
0
Pros
Fun core mechanics
Challenging Time Attack mode
Fun, quirky sense of humour
Cons
Very short campaign
Can get repetitive
6.5
Worthwhile
Get it on the Oculus Store
Yupitergrad