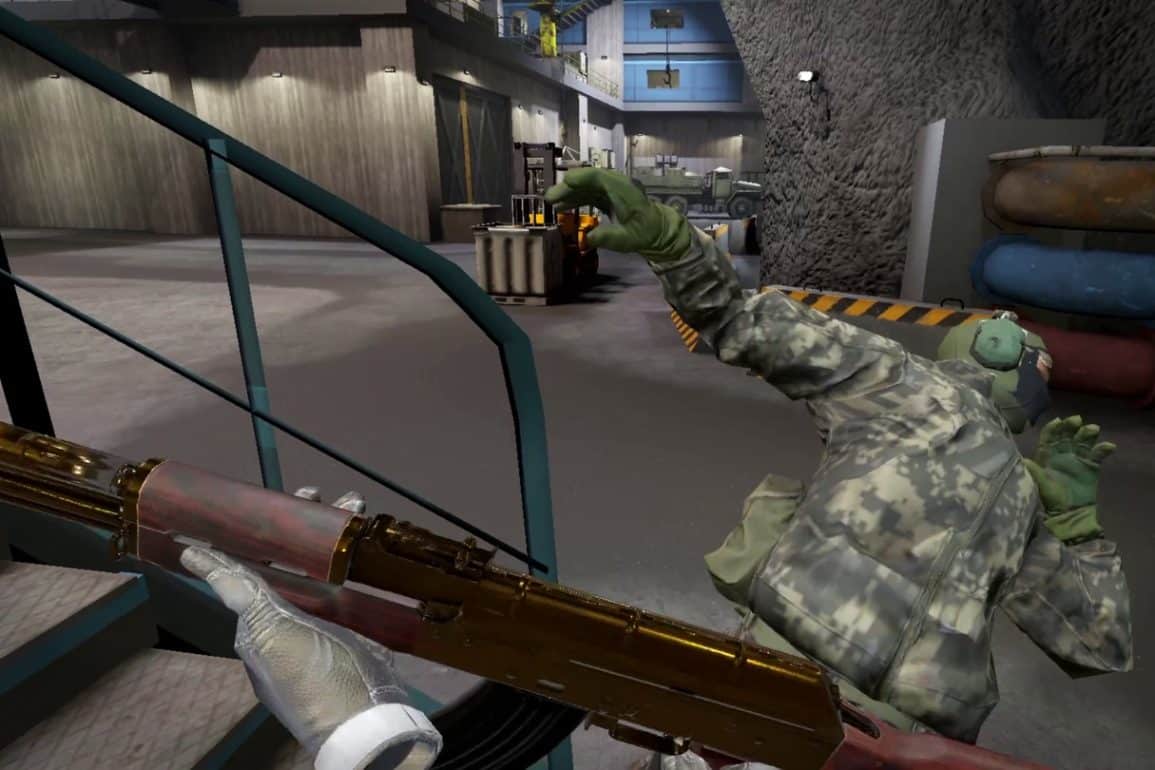 One More Mil-Sim Joins The Fray 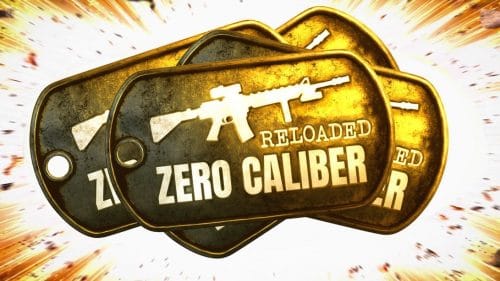 Zero Caliber: Reloaded washes up on the shores of the Oculus Quest, having escaped from the confines of SteamVR. It immediately starts looking for trouble. Onward sits there on the beach, sullen and polishing its rifle, looking a little broken, having barely survived the journey. Contractors VR is breezily shooting hoops and admiring itself in the mirror, and Pavlov is twitching over by the mess tent and firing an AK47 behind its back, with its leg caught in the table. The genre is hardly crowded on the Oculus Store, and there’s definitely room for a contender to sweep in and set some pulses racing by being a slick and original title. I’ll say right now that Zero Caliber: Reloaded is not that game, but I’ll explain why it might still deserve your time and money.

Let me rip it a new one for all the things it gets wrong first.

What an oddly unrequited thing it is to both love first-person shooters and VR. Virtual reality seems built for the genre; the first time I physically reloaded a handgun whilst in a headset and then shot a guy by pointing my hand around a corner, I knew that gaming had reached an apotheosis for me.

Then we come to the catch; all of the military-themed run-and-gun shooters available on the Quest, and most of them generally across all VR, possess an unacceptable level of low budget, glitchy jank. There seems to be some unwritten rule that it’s OK to charge money for a game that resembles an early alpha build of something trapped in the limbo between PlayStations 1 and 2, provided that it’s thematically based on shooting terrorists in the Middle East. Onward leads the charge on Quest, in all its warping horror, but Zero Caliber: Reloaded definitely follows its example.

IS THERE SOMETHING WRONG WITH YOUR HEAD

Come on, Doc, tell us more about the actual game. Yes, yes. You know the drill, soldier. Insurgency, military coup, ticking clock. SIngleplayer and online co-operative missions. Loadout. Pick a handgun and a big gun from various options and unlock more by shooting as many people wearing bandanas as you can. There are levels, and you play them. There are three difficulty modes; infant, normal and Andy McNab. You know all this; you’ve played Medal of Duty or Call of Honor games before.

What you can definitely expect, and if you’ve played this kind of game on the Quest before, are probably bracing yourself for, is how bloody ugly and unfinished it all seems. There’s nothing like one of these Hoo-Rah Henry shooters on the Quest to convince you that the wondrous new frontier of technology you’ve been so entranced by is actually a way of offloading a lot of unreleased Nintendo 64 code. The environments are painfully simple, and yet the geometry still manages to pop in and warp. The sun is a one-colour pixelated circle. Vehicles have square wheels and look like Minecraft affairs trying to dress up in textures so they can get into more grown-up games. The NPCs are all one repeated model; their lips don’t move and are graduates of the Neil Breen school of acting. The plot is utter guff: Tom Clancy fan fiction written by AI. It’s impossible to engage with on any level.

NO, WAIT, STOP, COME BACK

And yet… And yet. I really like the core gameplay of Zero Caliber: Reloaded – It’s terrific fun. Guns feel and sound satisfying, and those bad sods fall hard when killed. It’s empowering and rewarding to land shots, even if the enemy AI is on a similar level to a ticket machine in a car park. Reloading is the right mix of accessible and convincing as you scrabble for a new magazine under fire. There’s a really neat system of jumping and crouching using the right analogue stick, which feels intuitive and cool. Brilliantly, a good variety of guns can be picked up from fallen enemies, and you’ll find that your ammo belt magically carries the right ammo for them, leading to a good amount of on-the-fly improvisation. There are glorious moments when you find yourself utterly immersed. Maybe you’ll be climbing a sniper tower, hanging on to the top rung of the ladder while you cap the fool at the top with your pistol in your other hand. Or perhaps you’ll be crouched behind a crate, reloading just in time to headshot the guy trying to run you down.

These cool little moments are sometimes enough to make you forget that the levels are small, unimaginative, and constrictive. Even then, the game gives you dire ‘return to combat!’ messages if you stray out of their narrow corridors. It’s so much fun that you can just about tolerate the appalling hit-boxes on any scenery that isn’t perfectly square. Want to hide behind that upturned tank and snipe? Tough shit, your arm will get caught on the edges. There’s a crashed Chinook helicopter – maybe I can hide in the back? Nope! Look, don’t touch! Let’s party like it’s 1992.

I really want to dislike Zero Caliber: Reloaded more than I do because it could have been so much better. I’m sure that making an FPS run well on the Quest must be a challenge, but there’s no excuse for lazy and inept ways to go about it. If the budget doesn’t stretch to animating faces, maybe leave the NPC conversations out? Or even just give them COVID masks. Crappy textures and simple polygons offend me. How about stylised graphics that look good on their own terms? Others have tried and succeeded. And those hit-boxes! There’s no point having great gunplay if well-aimed shots spang harmlessly off invisible scenery.

Zero Caliber: Reloaded simply isn’t good enough for me to recommend wholeheartedly, but I find myself drawn to play it despite this. It manages to be more than the sum of its parts, but that might be fainter praise than it should have been. I just dearly wish that FPS games didn’t have to come with so many caveats on the Quest.

Zero Caliber: Reloaded
TLDR : Summary
Zero Caliber: Reloaded is a technically disappointing title which nevertheless is often entertaining and exhilarating. There's a great deal of fun to be had in its wibbly walls, but please be aware that the days of the Quest hosting a Call of Duty killer – or even contender – are apparently some considerable way off. It's better than Onward, mind.
Concept
5
Gameplay
7
Graphics
4
Audio
7
Longevity
7
Pros
Really engaging gunplay
Variety of weaponry
Huge amounts of fun
Cons
Almost laughably dated and unfinished
Unnecessary cut corners
Quest deserves a lot better
7
Half-Cocked
Get it on the Oculus Store
Zero Caliber: Reloaded