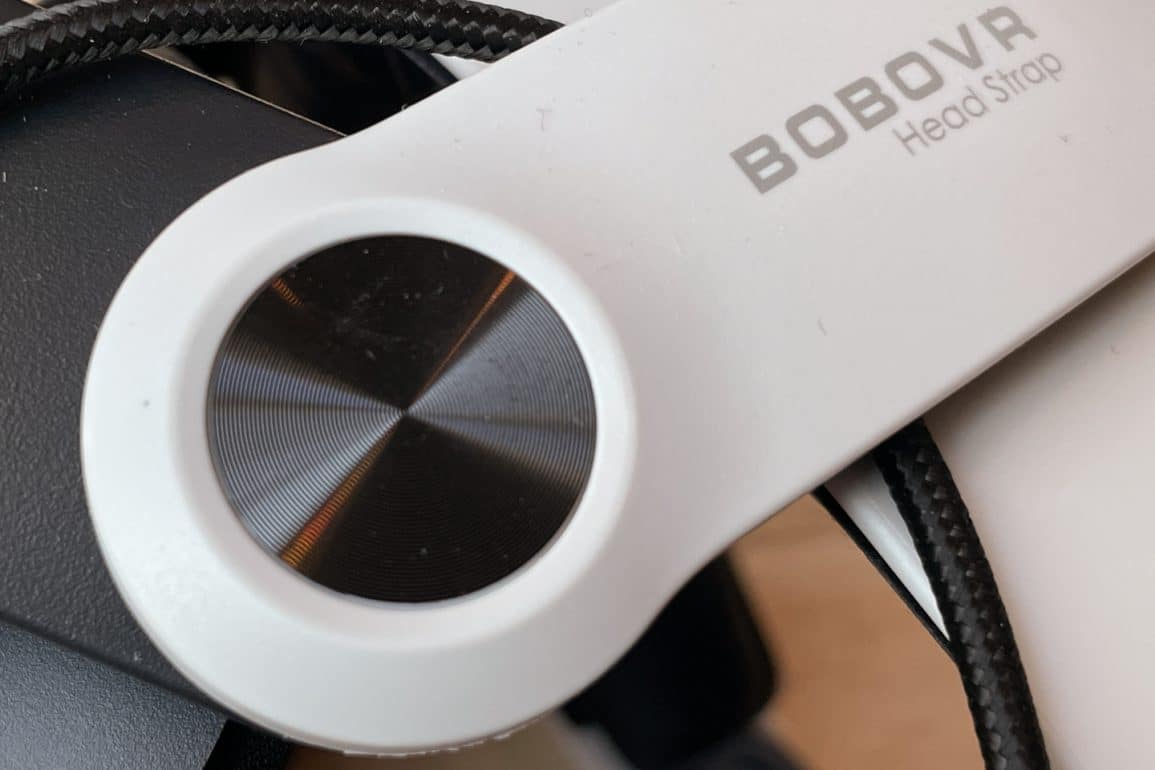 So, you’ve got a Quest and you love it. You put it on and faced mighty Darth Vader himself in Vader Immortal, slashed the hell out of neon-colored cubes in Beat Saber, and maybe, by the time you’ve started shooting bad guys to the beat in Pistol Whip, you’ve started to realize that the default strap it comes with isn’t very comfortable. An hour or two later, your battery charge has run out, and you need to charge it up, putting a damper on your playtime, and chances are you’ve got…VR Face.

The thing is, we all know the default strap is kind of crap unless you have a head that somehow works perfectly for it, but as somebody who came to Quest by way of PSVR, I found that the halo-strap design of the PSVR was far more comfortable. Halo straps don’t press hard against your face, instead, their grip is between your forehead and the lower back of your skull, and they suspend the headset in front of your eyes.

Then Elite-Straps started breaking apart worldwide. It was the great Elite-Strap catastrophe of 2020, thousands of users had cracked elite straps, and Meta had to save face, and re-issue some of them with supposedly better materials. Mine lasted longer than most, and it’s still usable despite showing a fracture and getting lopsided. So it goes, as Vonnegut used to say.

With a functional, although not perfect elite-strap, I held off on going the Way of the Bobo, until they upped their game, released magnetic hot-swappable batteries that worked with their new M2 Plus half-strap model, and the package just became too attractive to resist. I sent them a request for a review unit, and lo and behold – they sent the Bobo VR M2 Plus with the Twin-Battery Combo and Magnetic Charging Dock. They all came together in a surprisingly compact box, and I’ll tell you right away; I was impressed with this combo pack right away.

Now, the Bobo VR isn’t the only beast in the halo-strap battle! At around the same time I got this review unit, the kind folks at Geek VR also sent Pete a review unit of their own halo strap, the GeekVR Q2 Pro, which also features the ability to hot-swap batteries, so I’m reviewing the Bobo VR, Pete’s reviewing the Geek VR, and we’ll both have a Zoom session later (which we’ll post on our 6DOF Reviews YouTube Channel) to compare notes and see if we can decide who the winner is! For now, he’s the skinny on the Bobo VR M2 Plus.

The Bobo M2 Plus Twin-Battery Combo and Magnetic Charging Dock came, as you can surely tell from the self-explanatory name with the M2 Plus halo-strap, two magnetically attachable batteries, and a slick low-profile charger that’s capable of charging both batteries simultaneously. It even came with some double-sided adhesive so that you can stick the charger to whatever surface you choose, so that you don’t have to hold it down with your other hand while you detach batteries from it.

The packaging was clean and simple. It won’t win any design awards, but it doesn’t really need to. Inside, it’s packaged well, with cardboard inserts and boxes keeping everything neatly tucked away. All the items are light gray colored and perfectly match the Quest 2’s color scheme. You have a nicely padded front forehead foam, and for the back strap that goes to the back of your skull, you have two options, a padded foam covering that’s possibly more comfortable but a little slippery, or a flatter honeycomb padding that’s much less slippery and a little more breathable because of the honey-comb pattern. Both use Velcro to attach and are super easy to replace.

Installation was simple, you take off your Quest 2’s strap, you slide the side arms into the M2 Plus side arms, and you’re good to go. Now, I must admit that because this is a tight fit, I was initially reluctant to push the arms as far in as they needed to go, so my first attempt at a fitting was terrible. The headset was too far from my eyes, the back didn’t balance and kept slipping upwards, and I was getting frustrated. I then went online, watched a couple of videos that showed the installation process, and realized I just hadn’t pushed the Quest’s side arms far enough into the M2 Plus sockets, so I went ahead, pushed it a little harder than I was initially comfortable with, and it then fit perfectly.

Once I had things set up properly, I started a proper play session. Although my headset was already well-charged, I attached one of the hot-swappable batteries just to see how its added weight to the back helped balance the headset, and, sure enough, it did.

The M2 Plus is comfortable, easily adjustable, and the build quality feels excellent. The strap feels solid, the adjustment knob feels much better than the one on the Meta Elite Strap, and, as an added bonus, because of how the halo strap is designed without a top front-to-back strap, no more VR reverse mohawk. The charging dock is slick, and its low-profile design looks great on any surface you put it on.

The only manufacturing issue I had with my unit was that one of the Velcro-attachable padded backs had a bit of a tear in its seam. I fixed that with some Scotch Super Glue, and it’s not been an issue since.

Now I must comment on just how satisfying it is to attach the batteries both to the headset and to the docking charger. The magnets are strong enough that, once you bring the batteries close enough to where they should reside, they just pull themselves into position with a ridiculously satisfying CLICK. It sounds good, it feels good, and it makes you 100% confident that the battery is well-locked into place. It’s a small, almost stupid thing to get giddy about, but giddy I got, and I remember messaging Pete about the clickity satisfaction I got from the batteries immediately after I finished my first session.

This also means that it’s remarkably easy to swap batteries in the middle of a play session. I can, without taking the headset off, remove a now-depleted battery, place it in the charging dock (satisfying click), take a fully charged one, place it onto the back of the M2 Plus (another satisfying click) and keep on gaming, with zero interruption.

In the three weeks that I’ve been using it since then, the M2 Plus has not disappointed me in any way. It’s comfortable and well-built, and unless you’re running a game that’s using up the battery faster than it can charge your Q2 (I have yet to see such a beast), it really does seem that, with two batteries, you really can just keep playing as long as you want.

If I’m being difficult, I have ONE issue with the actual design of the unit. I wish they had included a pass-through USB-C input at the bottom of the back of the strap so that I could charge the headset’s battery without having to first remove the USB-C cable that goes from the strap to the regular Q2 charging port. It’s a slight bit of friction that an extra USB-C port at the bottom of the strap could’ve eliminated. It’s not a big deal, but that would’ve made the design impeccable.

Bobo VR offer a lot of entry options for customers. If you want, you can buy the base M2 Plus strap without even the battery option for around $40 on their site or $36 on Amazon. You can then upgrade it (or even the M1 strap if you already have that) to be battery-compatible with the Battery Dock upgrade which costs $40 from their site and comes with one B2 battery included. The Magnetic Charger Station costs $44 and comes with another B2 battery.

So you can start small and keep adding to your setup, or if you choose, you can go ahead and buy the whole M2 Plus Twin Battery Combo + Magnetic Charger Dock for $80 on Amazon, which will save you money in the long run, and is $20 cheaper than getting it from Bobo VR’s own site.

The Bobo VR M2 Plus strap is a great accessory for the Quest 2. It’s far superior to Meta’s own Elite Strap. It’s well-built, well-designed, and the hot-swappable batteries allow for almost infinite VR playtime. If you’re looking for a good comfort option with extended battery life for your Quest 2, this is a very easy choice to recommend.