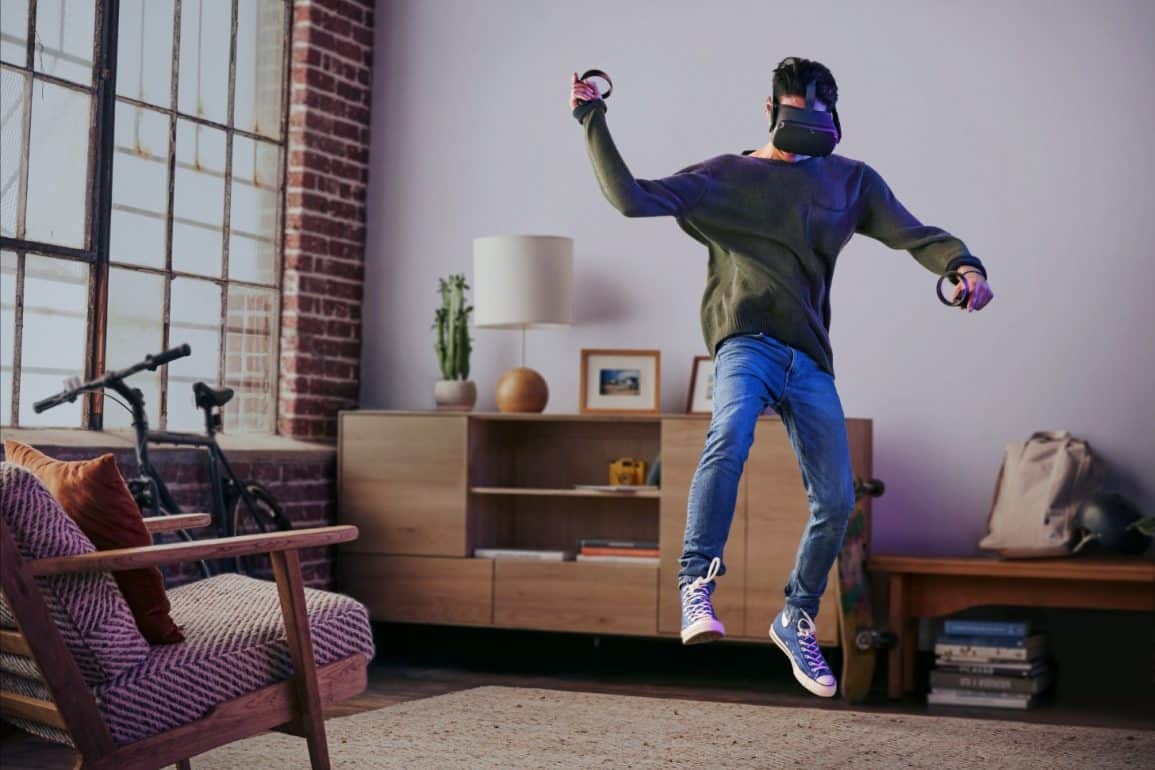 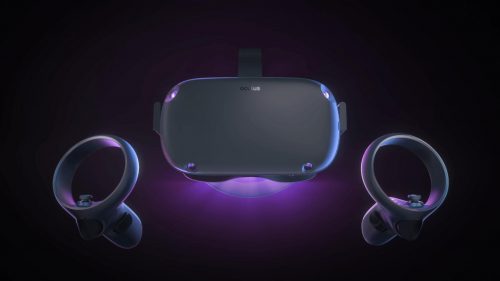 It’s better than you expect, but not quite everything you’ve dreamed of…it’s the Oculus Quest!

Here’s what you need to know; it works. You can take the Oculus Quest with you anywhere, set it up in about 30 seconds (once you’re used to the ‘guardian’ set-up process, more on that later), and you’re good to go. You can play VR games in stationary mode, or in full room-scale virtual reality with a full six degrees of freedom. There’s no shiny fruit logo on this thing, but it just works.

Setting up the Oculus Quest is a simple process consisting mainly of synchronizing with the Oculus phone app, creating your profile, which you’ll have to do once, and setting up the ‘guardian’ system, which you’ll do (in theory) only once per space. Using its camera’s, the Quest shows you the room or space you’re in, asks you to confirm where the floor is, and then asks you to draw a ‘safety’ perimeter on the floor, meant to keep you from bumping into things while you’re in full VR.

The Quest comes with a few choice game demos installed, and they’re the right ones; games like Beat Saber and Racket Fury: Table Tennis, that really show off how immersive the system can be, and it’s good that such games exist because they’ll have to hold you over for a while. At launch, there are only about fifty titles, but it’s also known that parent Facebook is carefully curating the store during its current infancy, so at least you know that there aren’t any real lemons. You can also use SideQuest to side-load apps, but that’s for another article.

Download sizes are fairly small compared to PC or console titles, with game sizes more suited to the mobile nature of the platform. This means that whereas it’s nice to have the larger 128 GB version for some degree of future-proofing, you can still get by with the 64 GB version if you don’t plan to keep too many titles installed at any one time.

The high hopes that the VR enthusiasts have for the Oculus Quest is that it can potentially serve to bring more people into VR and help expand the community. This is based on just how easy it is to use the Quest, and it’s very, very easy to use the Quest.

The Quest comes in a beautiful high-end box. Open that and you’ll get the main unit (with the attached head-strap), two controllers, a charger and its cable, and a pair of batteries. If you look carefully, you’ll also find a tiny instruction manual which you never actually need.

The Quest does a lot of things right and makes just the right compromises to make it a great deal and a significant, if not huge, step forward. The compromises are fairly straightforward:

The Tale of Onogoro | Review

The battery life isn’t fantastic, but it’s good enough. On a decent charge, the Quest will give you around 2.5 to 3.5 hours of use, depending on what you’re doing. If the battery were any bigger, the device would be heavier.

The Quest isn’t light. Having it be an all-inclusive device means you’re carrying the lens system, the processor, the battery, and the cameras all on your head. It’s not horrible, but you’ll notice it if you play long sessions or if you play games which make you move a lot. It’s front-heavy, and already there’s a market for accessories that try to distribute the weight a little better.

The graphics are decent, but they’re not going to blow you away if you’re a console gamer, and certainly not if you’re a PC gamer. If you’re here for high-end graphics, you’ll be sorely disappointed. What the Quest does right is give you immersion. Try out Racket Fury: Table Tennis, for instance, and you’ll swear you’ve just been playing real, legit, table tennis. More so, you can play it online, chatting with strangers while you fight it out over a virtual table tennis table and a gaming experience that’s an absolute blast.

We really want to see a lighter headset, better graphics, and a better strap system, but for now, this is the VR system that could. Oculus did a good job here. 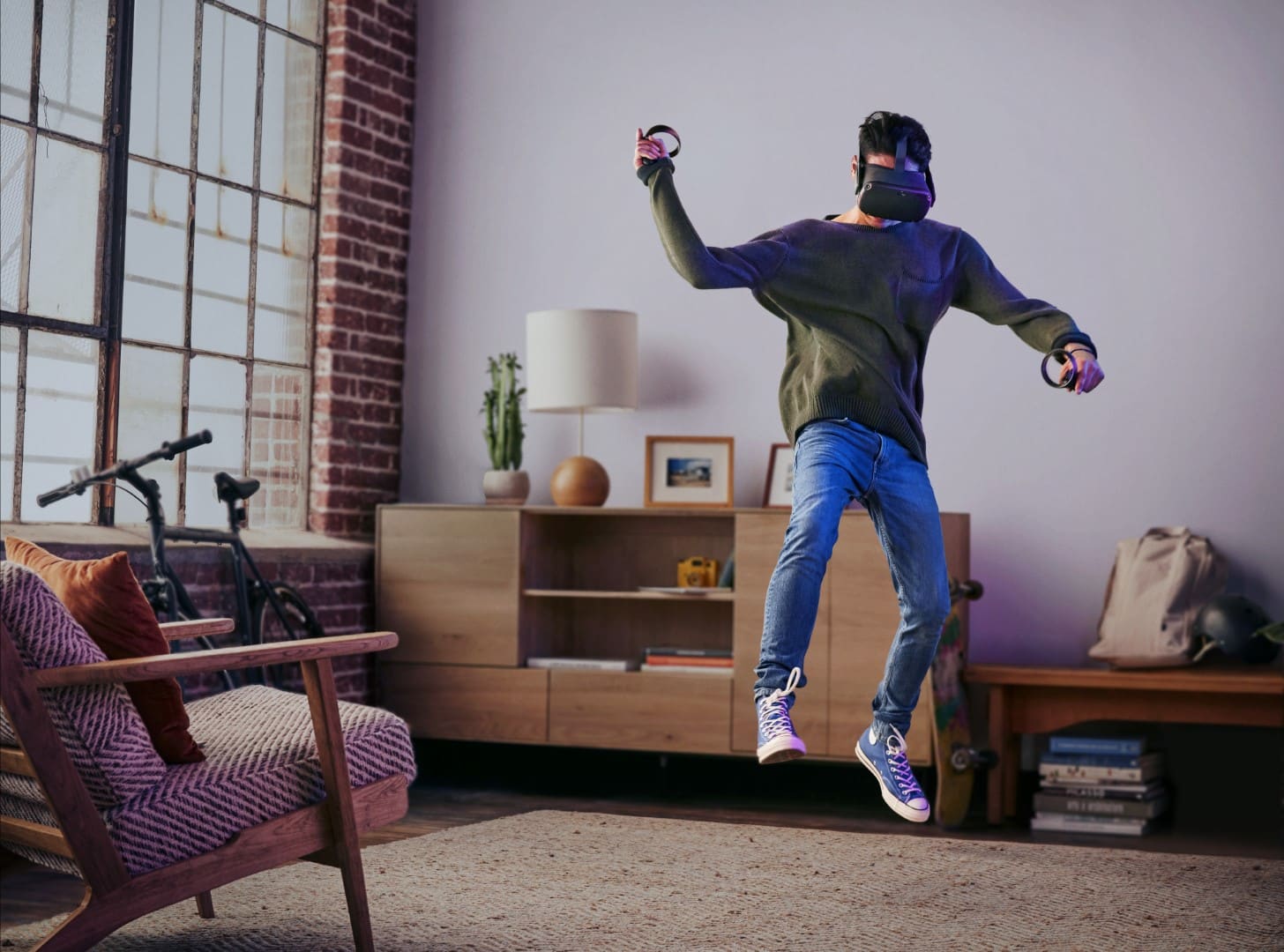