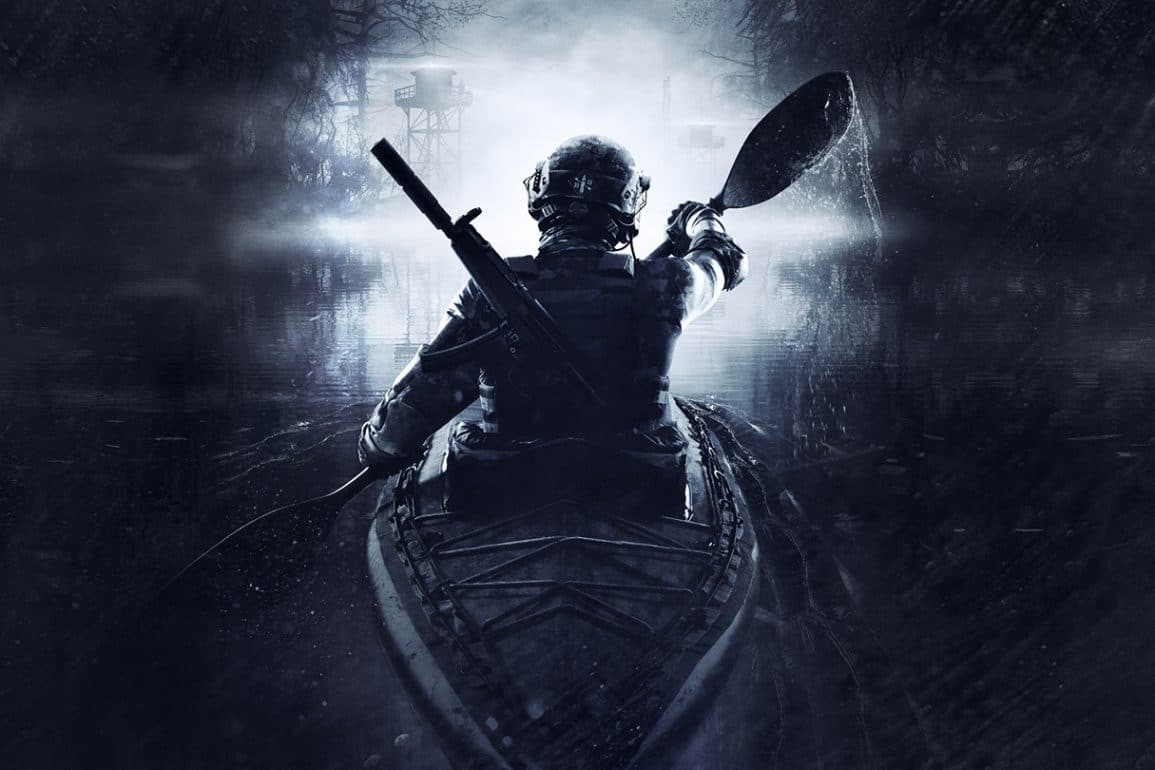 Metal Gear Gameplay In A Kayak 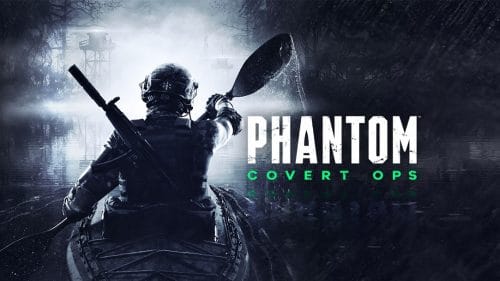 After the tragically disappointing Espire 1: VR Operative, the best hope for stealth gaming on the Quest now rests with Phantom: Covert Ops. Will it score those headshots from the shadows, or clomp around gracelessly in front of the security cameras with its thermoptic leggings around its ankles?

Your job, generic agent, is to infiltrate somewhere or other and stop the Russian terrorists from unleashing a fiendish thingy or somesuch. We aren’t really here for the plot or characters. There are some bad people, in a forbidding, abandoned facility. They need to be stopped. Thankfully, the whole place is flooded, and you’re a kickass black ops type. Stuck in a kayak.

Yes. The unusual and excellent conceit at the heart of Phantom: Covert Ops is that the player spends the whole game stealthing around, shooting and hiding, in a kayak. What must have been a challenging elevator pitch turns out to be a superb way of utilising the virtues of VR, and sidestepping a lot of the problems that some people have with it. By making the player remain sedentary and yet still empowering them with convincing movement, it opens up the playing field a little to people who might otherwise find the immersion a challenge due to motion sickness. It’s canny, but more importantly, it works fantastically well.

Oars of the Patriots

In real life, you plonk yourself on a chair with some arm room. Maybe you can even sit on the floor with your legs stretched out for additional immersion. Hell, why not go the whole hog and seat yourself in an actual kayak before donning the headset? Lockdown affects us all in different ways; they can’t touch you for it.

In the game, you’re sat with everything you could need within arms’ reach; Silenced pistol on your chest, sniper rifle down the right of the boat, paddles to the left, and a pair of binoculars, which act as your scanning mode and camera, resting on your lap. They all snap back into their cradle positions when you let go, and everything functions as you might hope. The scope on the sniper takes a little bit of self-calibration to get used to, but once you’ve done so, it feels second nature. Like the general design philosophy in the game, everything feels designed to convince rather than be needlessly fiddly, from the simple but satisfying paddling mechanics to the straightforward, chunky act of reloading the guns.

There are a couple of unexpectedly delightful treats in here. The first, thankfully, is the movement of the boat itself. Paddling and manoeuvering feel amazing. nDreams have completely nailed it. It’s the best of all worlds, working as you might expect even if you’re au fait with real kayaking, but also accessible and functionally sound for the game, too. There’s something deliciously right about not quite making it into the reeds you use as hiding spots, and pushing off from some scenery (or frantically paddling in one direction) to conceal yourself before a searchlight sweeps over you. The movement is also quite pleasing at speed. There’s an elegant method of quick turning and even drifting in the water, which is excellent fun.

The second is the real emphasis on stealth and non-lethality. The game stresses this during the first level – it genuinely wants you to distract and avoid most enemies rather than shoot them outright. Whilst it still gives you scope (haha) to utilise those rewarding headshots on some targets, the focus is definitely on infiltration rather than body count. It’s one of the things that increase the replayability of the levels, too, as the game scores you on just how stealthy, accurate and quick you’ve been, with many individual stats for each. There are also hidden objectives and collectables to find on your way through, too. While the game can be whipped through in about seven or so hours, the levels are designed to be revisited. There are also online leaderboards; that perfect stealth run is dangled like a jaffa cake in front of you at every turn. I think it’s pitched just right. The playing time means that the water-bound gimmick never outstays its welcome before the game’s story runs its course, but there’s excellent value for money here too.

Whereas Espire 1: VR Operative loaded all the tropes of the stealth-action genre into a game and failed to understand or execute them properly, Phantom: Covert Ops has a strong design ethic and focus that never overreaches. Within the limitations of boat stealth, the devs have done a solid job of exploring the possibilities. There’s sniping. There’s sneaking. There are moments of panic and action. It’ll be great to see a sequel that allows some evolution of these ideas in here. How about rope arrows so you can pull bodies into the water to conceal them, for example? I will say that if, like me, you have been intrigued by the idea of Phantom since it was revealed, that it will not disappoint.

Phantom: Covert Ops promises Metal Gear-style gameplay in a kayak, and it delivers, with good pacing, rewarding gameplay and decent options for replayability. If there’s one major niggle in the game, apart from the shocking decision not to call the protagonist ‘Canoe Reeves’, it’s that the plot and characters are all so po-faced and forgettable. Metal Gear leavened its austere and creaky plot points with eccentric characters and a sense of the absurd; apart from collecting incongruous toy alligators, there’s no playful imagination here. This character blandness is even highlighted by the stunt casting of David Hayter (Solid Snake himself) as the wincingly predictable, if well-voiced, villain General Zhukov. Whilst it’s all done very well, with nothing standing out as sub-par, it’s also pretty forgettable in terms of world-building. But the actual second-to-second experience is great, so we’ll not beat on it too much for that.

The graphics and overall presentation are good for the Quest. The menus are really sharp, and the loading screens make use of text overlaid in 3D to make them less static, which is a surprisingly under-utilised trick in VR. There are some impressive vistas, and while the water and lighting effects are predictably lacking compared to the PCVR version, there’s nothing that distracts from the experience at all. There’s nothing that will wow, perhaps, but everything does its job well. The audio is good, with plenty of atmosphere. The game recommends headphones, and I do too. The music is the sort of tense-but-forgettable fare you will probably be expecting of the genre, but some of the environmental ambience is terrific and sells the gameplay well.

It’s worth pointing out that the title is cross-buy with the Rift, so if you want a few more nifty graphical perks and you’re able to make use of Oculus Link, then that’s an option. Whilst nothing here graphically will live in the mind when you’re done, the experience will – and that’s the whole point.

Phantom: Covert Ops
TLDR : Summary
Phantom: Covert Ops is head, shoulders, and midriff above any competition for stealth gameplay on the Quest. The kayak-based stealth is original, inventive and superbly realised, and overall it's a dream to play. If you're intrigued and excited by the idea, it won't let you down. It does exactly what it sets out to, and despite a certain blandness about the setting and presentation, it manages to feel fresh and engrossing.
Concept
9
Gameplay
9
Graphics
7.5
Audio
7
Longevity
7
User Rating1 Vote
9
Pros
Slick and well-made
Brilliant kayaking
The best stealth game on the Quest
Cons
Bland setting and characters
At no point is the player referred to as Canoe Reeves
8.5
Buoyant
Get it on the Oculus Store
Phantom: Covert Ops