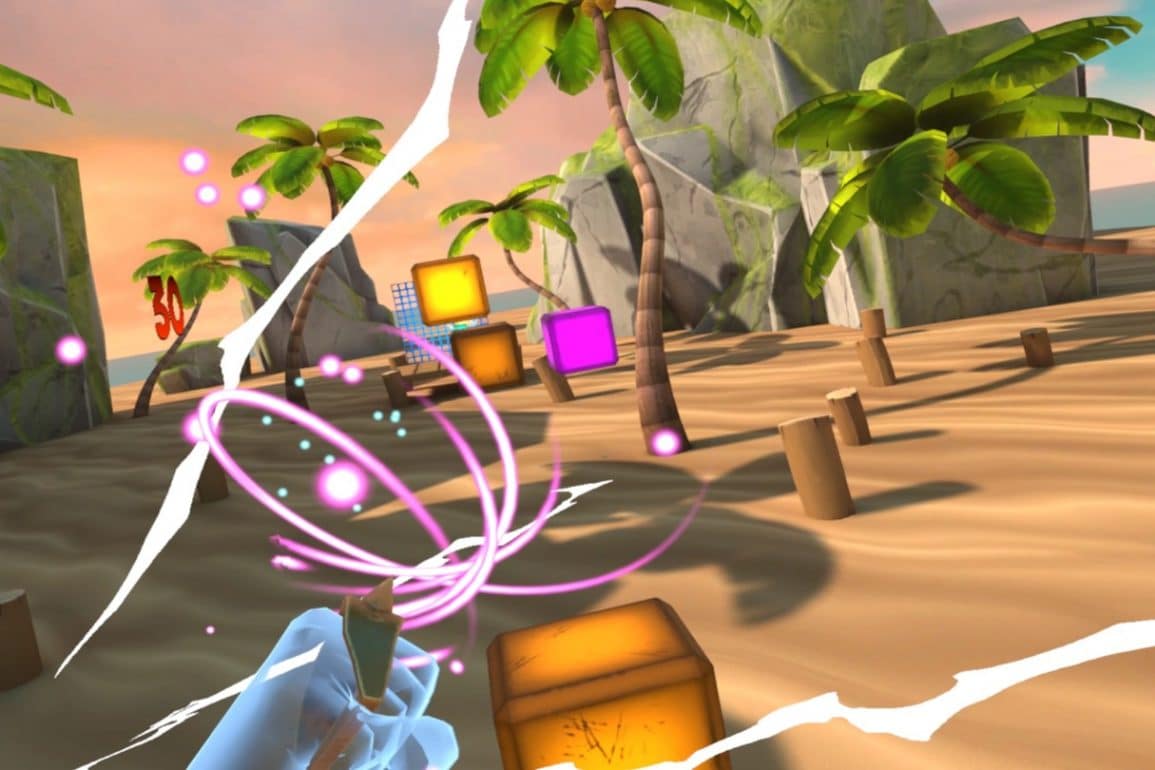 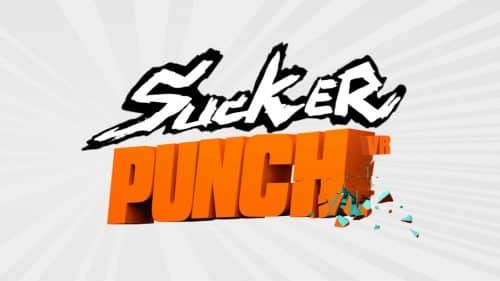 There aren’t many games that pre-date this writer, but Pong, seen by many as the very genesis of the home videogame, is certainly one that does. Sucker Punch VR aims to bring this most ancient of concepts into the VR era by adding a fitness element, powerups, and a central concept that feels like a hyperkinetic multiball mode.

Three-dimensional takes on Pong have been around almost as long as the original iterations themselves. I was a big fan of Robo Squash on the Atari Lynx back in the early nineties, but similar games – such as Chris Newcombe’s Room Ten – appeared as early as 1986 on the ZX Spectrum, a system whose 3D was…rudimentary…to say the least.

So can Sucker Punch VR elevate the humble bat and ball game to a thing a VR greatness? There’s only one way to know: Seconds out…!

Sucker Punch VR’s modern evolution of this idea begins by having you defend, and indeed attack, a 10 x 10 grid. Each square on the grid represents a ‘lane’. The player’s job is to protect their grid from cubes that travel towards them along these lanes by punching them back towards their opponent using special gloves.

Matches are usually played to 200 points, with each basic block that beats your defence scoring five. Key to the tactical side of the game, the longer a block remains in play, the more it becomes worth, with the colour changing to represent the increased value.

Powerups, available for purchase from the in-game shop, add another level of variety to the play. Thankfully there’re no microtransactions here; in-game currency is earned exclusively from winning matches. Losing a competitive game will also cost you whichever powerup you have equipped. If you don’t want to risk losing your equipped powerup, you can purchase insurance for a small percentage of your currency. It’s a nice touch that aims to add an element of risk vs reward to proceedings.

He ain’t pretty no more!

The aesthetic of Sucker Punch VR is somewhere between the gaudy colours and soft edges of Gang Beasts and the battered techno-future of Portal. Many of the environments are brightly coloured, and the object cubes cycle through loud rainbow hues. Alongside this, opponents are represented as hovering droids, and many of the powerup gloves have an electro-mechanical style. It’s an odd mix, but it just about comes off.

The audio is less successful. The background tunes are basic electronica and offer no real relationship to the gameplay. They almost universally lack any impact, and audio cues are either wholly non-existent or too subtle to stand out during gameplay.

Even the most basic of events, such as scoring or conceding points, have effects that are lost in the various other, arguably unimportant, sound effects that accompany a match.

This lack of feedback is not just a problem with the audio; it’s actually the game’s main failing and the thing that eventually led to me to stop playing. As you reach to punch the cubes, the haptic and aural cues are far too minimal. The aforementioned lack of scoring sound effects makes it impossible to get any feel of how the match is going, forcing you to keep half an eye on the score. Although there’s plenty of visual real estate above your opponent, where it could have been seen effortlessly, the score is awkwardly displayed at the side of the play area.

A more fundamental issue is how basic the gameplay is.

The power of your punch defines the speed of the shot. The powerups bring the ability to split cubes or have them switch lanes. Some powerups will project force fields, with various effects, across the whole play area.

But, aligned to the lack of impact and feedback, none of these things really feel earned or particularly within the player’s control. Wins and losses both appear to occur incidentally. Tactical play never really evolves beyond slowing down gameplay until your powers are charged and then using them against the highest-scoring single cube or group thereof.

It’s worth noting that I have been entirely unable to find a multiplayer match at the time of writing, so these thoughts are based entirely on the single-player experience.

The meat of this is the league. This is where the powerup gamble should elevate the experience – but this provides more frustration than satisfaction. The insurance you pay to secure your gloves in case of a loss is so insignificant that it’s rarely not worth taking out – which renders the whole exercise a little pointless. Moreover, it’s impossible to make any actual estimation of the standard of the opponent before you begin, so knowing when or when not to take the risk is pure guesswork.

Training matches are also available to test the effects of newly purchased powerups, and there’s a daily challenge level for the committed player.

Despite all the issues I’ve mentioned, one aspect of Sucker Punch VR shines; it provides an excellent workout. The punching action is the least of the exertions demanded. The 10 x 10 grid is simply impossible to cover without stretching, squatting, and moving side-to-side.

Playing Sucker Punch VR is closer in approximation to a reflex-light test than a boxing simulator, and I can’t help but feel that if the core gameplay were more closely tied to this idea, it would be a far more successful, more enjoyable experience.