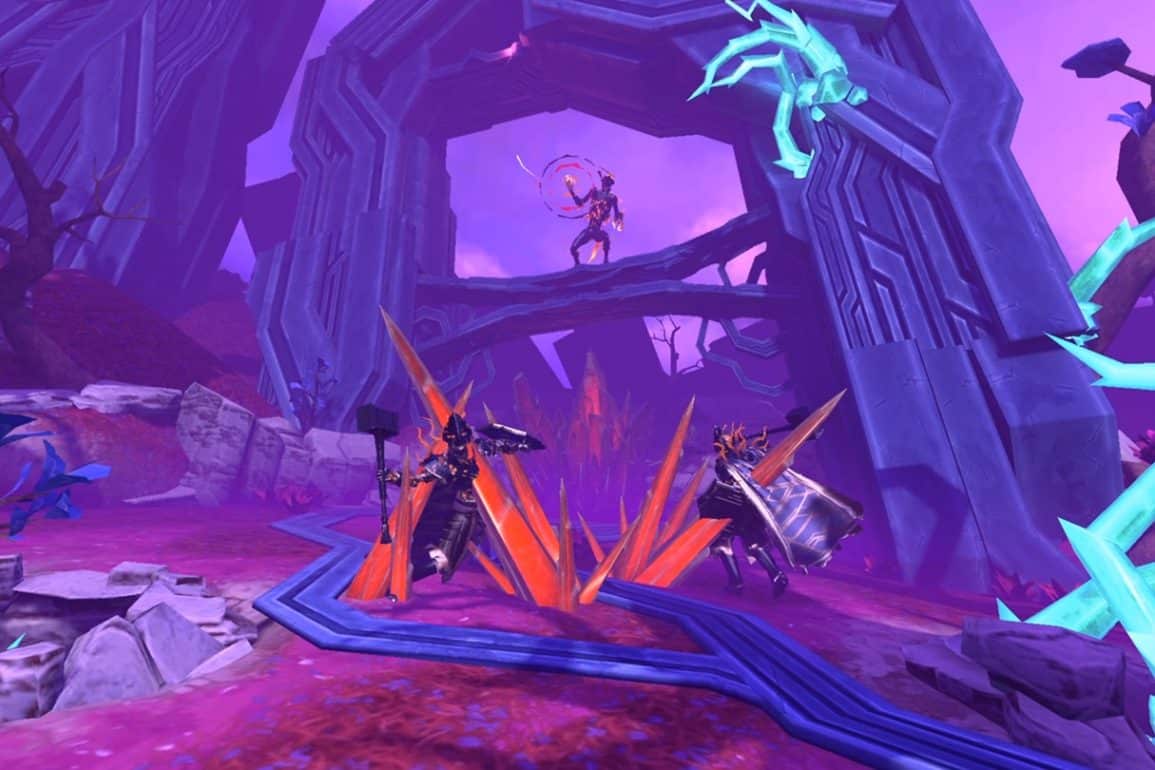 Until You Fall | Review 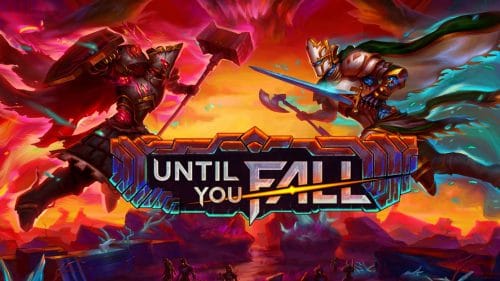 Until You Fall reminds me that, sometimes, the idea behind a great game will echo through the (console) generations. Having reviewed a lot of mobile games, I see some similarities between playing games on an Oculus Quest in 2020 and playing games on an iPhone or iPad in 2010.

Both offered ground-breaking portable technology for their time and a curated app store stuffed with notable indie games. Plus, some of the best games on each platform are not deep, console-like experiences. Instead, they focus on high replayability and reward persistent players. Until They Fall is very much in that same style, but it lacks the personality to go with its long-lasting premise.

If you’ve ever played the Infinity Blade series on iOS, you might have an idea of what to expect from Until You Fall. The setup is essentially the same. You play as an unnamed swordsman, brought back to life, again and again, to fight hulking knights and glowing monsters. Earning just a bit more in-game currency each time allows you to gradually update your weapons.

Your weapons contain upgrade slots for power-ups, and can also charge up a super attack through repeated use. It’s a nice feeling to hold down the grips on each Quest controller and watch your weapons magically materialize, but they disappear as soon as you let go. You won’t be able to throw them around and interact with the physics in each environment. Clanging them together and watching the sparks fly, however, is a fun way to taunt your shambling foes.

If At First You Don’t Succeed…

With each playthrough, you’ll find yourself in the same enchanted crystal forest, with only minor variations in terms of scenery and enemies. The arenas are small, and locomotion can feel a bit disorienting, so you’ll likely rely on a limited dash function that also serves as a sneak attack.

Once you’re up close with an enemy, on-screen prompts will tell you where you need to raise and hold your weapons to block. Successful blocks will weaken your enemy’s defense meter. You can return the favor with a series of damaging combo swipes. Due to the constant on-screen prompts and meters, the swordplay feels overly busy at times, with a cluttered heads-up display that detracts from the immersion.

When you relax into Until You Fall’s familiar routine and view each encounter as a moderately physical warm-up instead of a life-and-death battle, it becomes more enjoyable. I find that it helps to think of these monsters as friendly sparring partners at the gym, who are just trying to help you get your steps and swings in for the day.

After the last enemy drops in an area, you can choose one of three random upgrades. These can build up your health meter or give you a temporary special ability, like extra damage or status effects. To really grind through the game, you’ll have to collect and spend aether, which provides permanent upgrades to your weapons.

Needless to say, this takes a long time, and you may tire of the same few environments and enemies before you can take on the game’s more challenging fights. Switching up weapons does add variety, and the random upgrades will make every playthrough feel slightly different. Some big bosses also require you to duck and weave, like a bladed version of Knockout League.

Until You Fall certainly has a winning design due to its weapon upgrades. Still, a small degree of charm is missing from the experience. The aforementioned Infinity Blade (a mobile game with a similar style, but certainly not made for VR) had frightfully intimidating opponents. Until You Fall’s zombie knights are just hanging out, looking sullen.

Like Sairento VR and Ninja Legends, a few other Oculus games give you the feeling of becoming a deadly combatant, with a variety of unlockable weapons and extras. Those games also manage to present a unique and occasionally surprising game world. I’d like to see Until You Fall add more story details or atmosphere while also keeping the more successful gameplay elements intact.

There’s something special at the core of Until You Fall, especially in the way you can replay it often and progress each time. Someday, maybe a sequel or update will add more variety and depth. Until You Fall could use a bit more story, exploration, sandbox physics, and realism to make it a must-have. Still, it is undoubtedly a dash-attack in the right direction.

Until You Fall
TLDR : Summary
Until You Fall is a randomized and highly replayable sword combat game. Despite a few gaps in the armor, it is well-suited for short, physical VR sessions.
Concept
8
Gameplay
8.5
Graphics
7.5
Audio
6.5
Longevity
9
User Rating0 Votes
0
Pros
Excellent replay value
Random weapon upgrades
Solid combat mechanics and balance
Cons
Little variety in environments or enemies
Uninteresting story
Generic techno music
8
Dash-Attack
Get it on the Oculus Store
Until You Fall